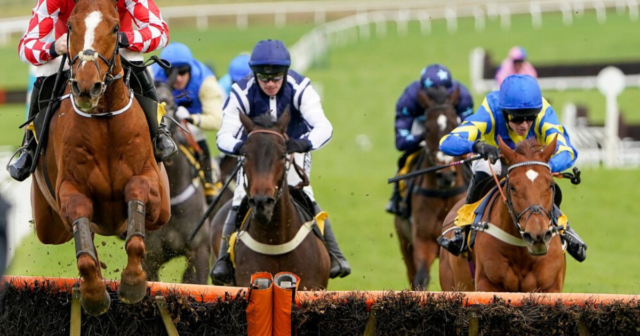 GORDON ELLIOTT has given punters a huge boost after backing one of his Cheltenham Festival runners to defy a massive market drift.

Fil Dor was the long-time favourite for the Triumph Hurdle.

But his price has gone from as short as 5-2 to as much as 8-1 after two classy performances from Pied Piper and Vauban.

Pied Piper made a mockery of his British rivals with an easy win at Cheltenham in the Triumph trial last month.

And Willie Mullins’ Vauban got the better of Fil Dor in a head-to-head at Leopardstown last weekend.

The talk was that Pied Piper could go for the Supreme, but Elliott told the Racing Post he is planning a war on two fronts in the Triumph.

And he said he still thinks the Cheltenham hill will bring out the best in Fil Dor – a horse.

Elliott said: “Vauban looks a very good horse, but I think Cheltenham will suit Fil Dor better than Leopardstown did.

“We’re still thinking of running both Fil Dor and Pied Piper in the Triumph.”

The Triumph Hurdle marked has undergone a big change since Elliott’s words.

In the non-runner no bet market on Paddy Power, Pied Pipe and Vauban remain at the head of the betting at 2-1.

But Fil Dor has been backed back into 9-2.

At the moment it looks a three-horse race, with 12-1 Porticello the next best.

But the picture is slightly different on Betfair, with Pied Piper and Vauban 9-4 and Fil Dor 6-1.

In this article:Cheltenham, Cheltenham Festival, Leopardstown