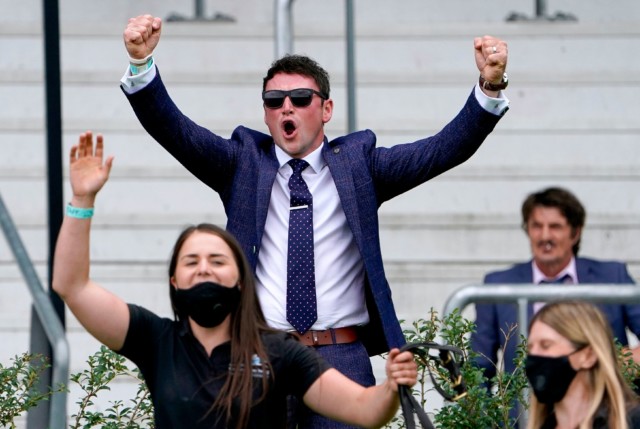 A WINDSOR debutant has been backed off the boards ahead of his first outing on the track.

The two-year-old opened up in the markets at a whopping 14-1 but has clearly shown plenty on the gallops at home.

He has entries in a number of big Group 1s this Autumn and if he’s to take up those he’ll need to make a winning start.

Joorabchian has jumped head first into the racing game in the past couple of years with well over a hundred horses in training on the level.

One of his best Mojo Star was second in the Derby at Epsom and fancied to go close in the St Leger at Doncaster next month, the last Classic of the season.

Dayman is trained by canny Loughnane who has already provided Joorabchian a Group winner in the shape of Go Bears Go.

Clive Cox’s Codify looks the main challenger on paper after he showed plenty of promise on his two outings.

Keep an eye on this youngster as he has his first day at school in Joorabchian’s purple silks.

The day’s main event is at Goodwood where globetrotter Benbatl returns from a long layoff in the Group 2 Celebration Mile.

Saeed bin Suroor’s star has won just shy of £6 million in his career and has champion Oisin Murphy in the saddle.

He’s the general 5-2 favourite with Richard Hannon’s Chindit close behind at 11-4.

Did you miss our previous article…
https://www.sportingexcitement.com/horse-racing/inspiring-racehorse-groom-ashleigh-wicheard-on-her-work-with-young-offenders-and-racings-diversity-problem