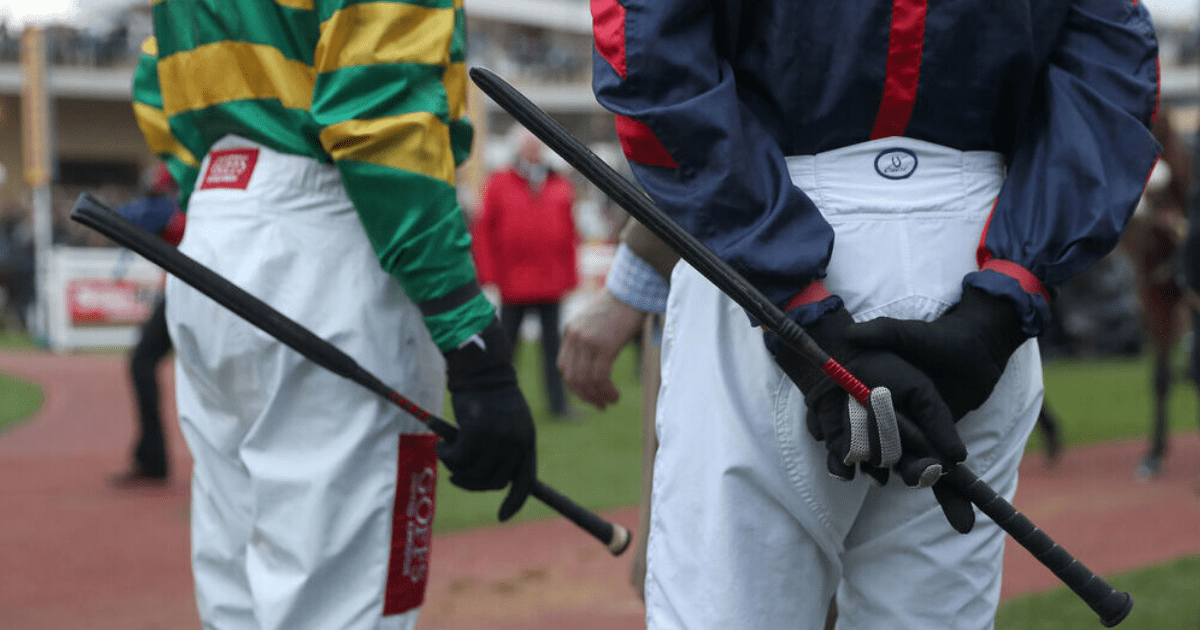 HUGE new whip rules will be introduced just over a month before the Cheltenham Festival.

From February 6, jumps jockeys will only be allowed to use the padded whip in the backhand position.

The limit on number of times a jockey can use the whip remains at eight per race.

But serious breaches of the rules could now lead to disqualification – though the BHA have confirmed this will not affect punters for betting purposes.

There will be a four-week bedding-in period, starting on January 9, when jockeys will not be punished if they break the new rules.

But from February 6 onwards they will face harsher penalties if they break the rules, especially in big races – so they will be under the microscope during the Cheltenham Festival which starts on March 14.

The Festival is the most important and competitive meeting of the entire year, and jockeys will be under pressure to restrain themselves in a tight finish if they don’t want to risk losing the race altogether.

Under the new rules, for example, Native River would likely have been stripped of his Cheltenham Gold Cup in 2018 after Richard Johnson went over the whip limit, leading to a seven-day ban and £6,500 fine.

Brant Dunshea, chief regulatory officer for the BHA, said: “We are extremely grateful for the engagement and feedback we have received through the period of technical discussions.

“The discussions were full and frank, hence the time they have taken to conclude.

“The discussions quickly established that there was overall support for the vast majority of the recommendations.

“However, as expected there were some areas of concern raised. We have listened to the feedback we received and made adjustments to the initial proposals accordingly.

“We recognise that some of the new rules are going to take some time to get used to for some jockeys, which is why we have factored in time for communication and education as well as a bedding-in period before the rules and penalties are implemented in full.”

The same rules will come into affect on the Flat on March 27 following the same four-week bedding-in period, which starts in later February.

Advertisement. Scroll to continue reading.
In this article:cheltenhamfestival, onemonth, rulechange