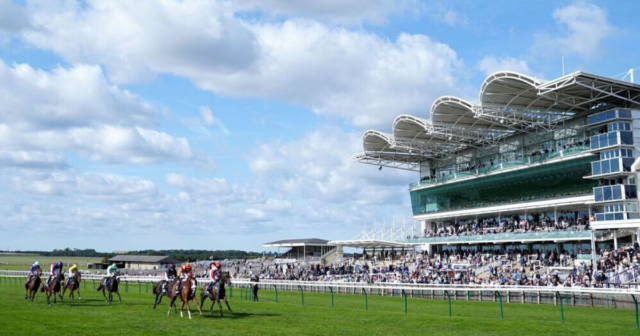 DOES Lightning strike twice? I’ll get back to that later.

You see I’m on a right old high after last week’s column Nap Bielsa landed the Ayr Gold Cup at 15-2, and via Sun Racing online I also banged in the Ayr Silver Cup victor Staxton at 25-1.

And I think I might have another at a big price in today’s big betting race, the bet365 Cambridgeshire Handicap at Newmarket, live on the main ITV network.

History suggests it’s not madness. Since Pasternak landed a monster gamble in 1997, just five favourites have landed the unique one mile and a furlong event.

The horse I’m interested in today is Lucander, who will trade at about 25-1 or 33-1. Now at face value some more cut in the ground would be ideal. so that’s not a massive positive.

However, back in the day Lucander has a success on good to firm ground, so it’s not as if he can’t handle it at all. More importantly, he ran a cracker in this very race 12 months ago when second off a rating of 98.

He’s a bigger price this time around and on a lower mark of 95. He comes into this race off a perfectly respectable run at York when he finished fourth.

That was over slightly further and this trip is his ideal. Rather spookily he was drawn 28 last year, but is next door in 27 today.

Back to lightning, and how likely I am to be on the mark once again? Well take a read of this!

Lightning can, and often does, strike the same place repeatedly. Boom!

My theories may be hopelessly off the mark, such is the nature of the beast.  So what about today’s other leading contenders?

John and Thady Gosden have Magical Morning and Uncle Bryn at the top of the market, although no doubt there will be a ‘springer’ somewhere on the day.

Magical Morning looks exposed to me, while Uncle Bryn is only here because he’s not as good as connections once hoped he would be.

The exposed comment also applies to the Sir Michael Stoute-trained Astro King, although this trip should be perfect for Ryan Moore’s mount.

The ante-post gamble has been Chichester, who was once 66-1 and will be closer to single digits at the off. He gets in with just 8st 7lb in a handicap that actually has some length to it for once.

Everyone was impressed by a facile success at Ayr last time, but this is a very different ball game.

Another to consider is Anmaat, who would give Owen Burrows a welcome victory just as he has revealed he will no longer train just for Shadwell. He goes with their recent two-time victor here and Anmaat is progressive.

Don’t be surprised if Good Birthday also goes well at a price for the champion Oisin Murphy.

Away from the Cambridgeshire, Newmarket features two Group 1s for young fillies and colts in the shape of the Juddmonte-sponsored Cheveley Park and Middle Park Stakes.

The Cheveley might well be at the mercy of the backer’s Sacred Bridge, unbeaten in four starts and sent over from Ireland by Ger Lyons. Colin Keane takes the ride.

Sacred Bridge seemed to relish six furlongs when landing the Group 3 Round Tower at the Curragh last time and might have too much pace for Sandrine and Zain Claudette.

Sandrine was beaten by Zain Claudette – giving Ray Dawson the biggest ride of his career – in the Lowther at York but the rising ground will help the Andrew Balding runner who might not have been well drawn at the Knavesmire.

It’s hard to get too excited by the runners in the Middle Park, with both Perfect Power and Armor looking pretty exposed for the time of year.  I’m tempted to have a few quid each-way on Go Bears Go for young David Loughnane and Rossa Ryan.

Go Bears Go had the re-opposing Dr Zempf back in fourth when landing the Group 2 Railway Stakes at the Curragh in late June, but was behind that rival in the Group 1 Phoenix Stakes when last seen.

I’m not sure my hope was at his best then. In both the juvenile events lightning speed will be needed. But it’s after them I will be hoping it strikes twice.