I was addicted to crystal meth & cocaine & told I was beyond help – now I’m clean, loving life & racing for £1million
Advertisement 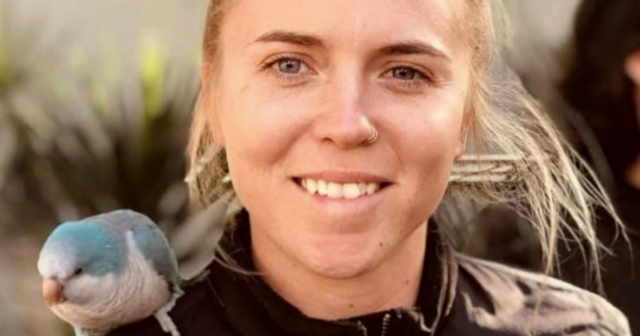 A JOCKEY ‘disgustingly’ addicted to crystal meth and cocaine has turned her life around and is aiming for a new career high in a race worth £1million.

Tiffani Brooker, 28, looked like she would take Australian racing by storm when she was crowned champion Brisbane apprentice.

But her world fell apart after a terrible incident at Caloundra racecourse in 2018 left her with severe back and neck injuries.

Brooker took painkillers to ease the agony but with her career sidelined and in constant hurt she turned to harder drugs.

That led to her being banned for nine months in September 2019 after she tested positive for eight different drugs at a meeting the month before.

Recalling her fall into addiction, Brooker told racenet.com how even the people she sought for guidance told her she was beyond help.

But a stint in rehab along with some home truths convinced her to go cold turkey – and she hasn’t looked back since.

Brooker said: “I used ice (crystal meth) for quite a while, it’s a disgusting drug and it’s disgustingly addictive.

“My drug use probably started with the stuff I took for the pain in my back, taking painkillers and managing that pain.

“I was knocked out for a while (when I fell and injured myself) and I think the concussion knocked me around a bit.

“It just led to me taking pretty much any drug you could think of.

“You get into a party mode, you take the pills, you do the coke and one thing leads to another.

“It started off as a recreational thing, I was just hanging out with the wrong people. I was in a very dark place.”

Brooker sought help from her psychologist, but even they said they were at a loss on how to get her clean.

That was the wake up call she needed and now she is two years sober.

Brooker continued: “I was using every day and I went and saw my psychologist and I said I wanted to get back to being a jockey, but the psychologist was at a loss as to how to help me get off the gear.

“I thought ‘s***, I am at that point where even my psychologist is saying I am beyond help’.

“Something just flicked in me, I had got to the point where I needed to stop and I then went cold turkey.

“I packed up where I was living and I moved in with my best friend, she’s not in racing at all and she’s a very clean person.

“I cut ties with pretty much everyone in my life.

“Now I am probably quite happy and relieved that it is well and truly in my past, I have been clean for two years now.

“Looking back, drugs were what my entire world revolved around for a good solid six months at least.”

The odds suggest the horse hasn’t much of a chance.

But if they show half as much heart as Brooker then they could just spring a mighty shock when it matters most.