I was drunk 10 hours a day and put myself in a dangerous place, says jockey Oisin Murphy
Advertisement 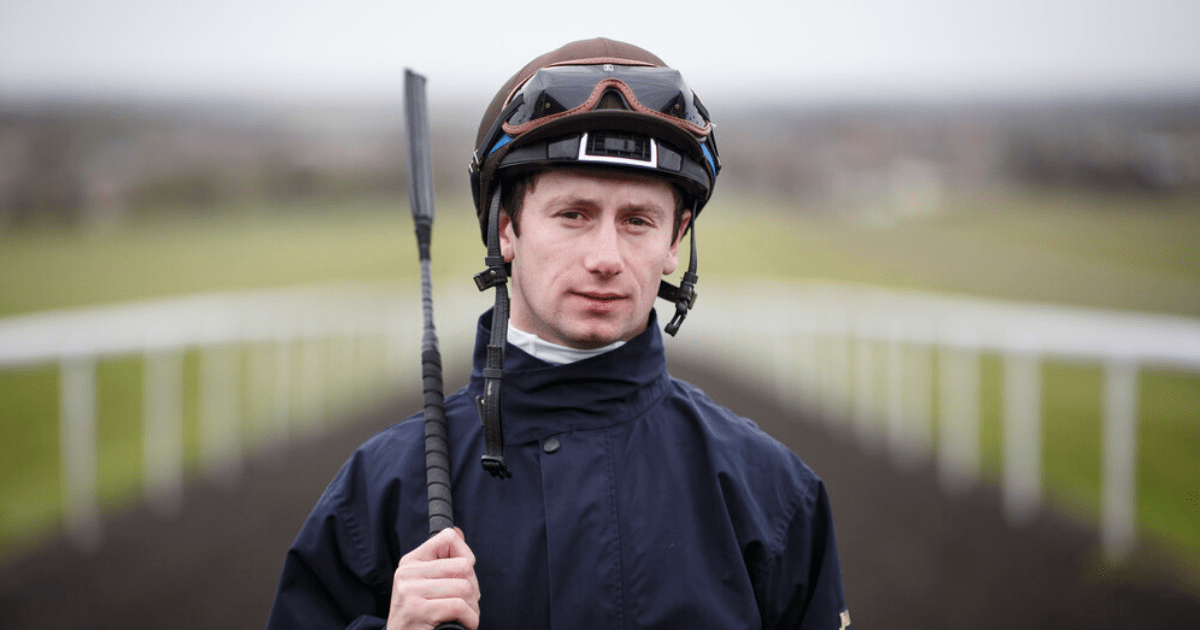 JOCKEY Oisin Murphy’s career had bolted out of the starting gate as fast as a champion ­thoroughbred.

At 25 years old he was a British Flat Racing Champion, had been dubbed the “new Frankie Dettori” and one of only a handful of privileged jockeys to ride on behalf of the Queen.

Jockey Oisin Murphy’s career had bolted out of the starting gate as fast as a champion ­thoroughbred, but it would all soon come crashing down 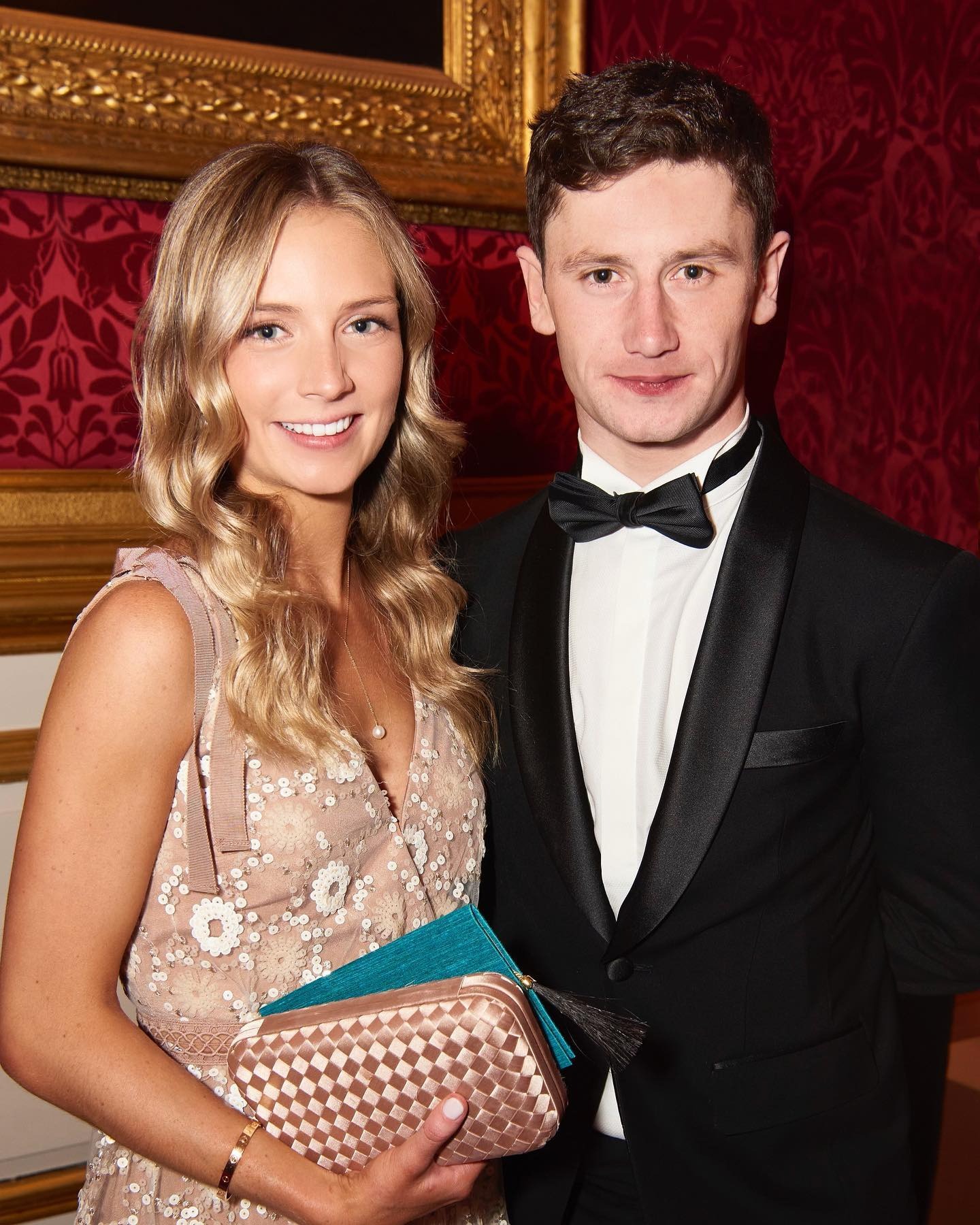 Oisin, who lives with his girlfriend Lizzy Nielsen, daughter of racehorse owner Bjorn Nielsen, says she has been his rock

In April last year, he paid ­tribute to Prince Philip who had died just days earlier, by wearing a black armband as he rode Her Majesty’s beloved horse Tactical to victory at Newmarket.

But in November his world came crashing down when he was banned from racing for 14 months for boozing and Covid breaches, and slapped with a hefty £31,000 fine.

Ahead of a major new ­documentary he stars in, Oisin tells SE: “I put myself in a dangerous place by drinking heavily.

“I know I am currently the black sheep of horse racing but I hope that by sharing my ­struggles, it will help others.

“I’ve been sober now since October 7, and I am determined to prove that I can stay on the straight and narrow.”

The three-time champion jockey explains: “My last ride would be at 6pm and I would start drinking as soon as I got in the car. I would carry on ­drinking until I fell asleep.

‘I fell into trap’

“But you can’t make proper decisions when you are drunk ten hours a day.

Fly-on-the-wall Prime Video series Horsepower gives a never-before-seen glimpse into what life is really like running ­Kingsclere, one of the world’s top horse stables.

Viewers will get to see Oisin, 27, coming to terms with his bad-boy reputation, while working at the 150-year-old yard in Newbury, Berks, owned by his boss and trainer Andrew Balding, the brother of presenter Clare.

He was also found guilty of two alcohol breaches after failing breathalyser tests in May and October 2021.

The jockey had flown to Mykonos in September 2020 when it was on the Government’s red list and returned to horseracing without self-isolating.

He had tried to convince officials he had instead been to Lake Como in Italy.

In the two weeks after his return from the Greek isle, Oisin rode 74 horses — 11 of which won.

At the BHA’s independent judiciary panel, chair James O’Mahony slammed Oisin, telling him: “However affected by addiction that you may have been, we conclude you thought you were above the rules and the law.

“And you are not above them. They apply to all. All you had to do was self-isolate.”

Oisin did not contest any of the charges and blamed drinking for his conduct: “Drink was the rock I perished on. People had told me this could happen but I failed to avoid it and fell into the trap.” Oisin has since been attending twice-weekly counselling sessions as well as Alcoholics Anonymous meetings. He reveals: “Some weeks I can go to AA three times a week, others once.

“Counselling is set in stone twice a week and I always feel a lot better when I leave. It’s helped a lot in my recovery.”

The Irish jockey moved to England at the age of 17, dreaming of carving out a successful career just like his famous uncle Jim Culloty, a trainer and Cheltenham Gold Cup-winning rider.

It was not long before top trainer Balding singled him out as a future prizewinner and Oisin rose through the ranks to be crowned British Champion Jockey in 2019, 2020 and 2021.

But behind the scenes Oisin had turned to booze to cope with the pressures of racing million-pound horses.

He says: “As a child I dreamt of racing these big races around the world and suddenly I got myself there. But after a while I found myself wanting to escape and I started drinking heavily.”

He says he ignored his first big wake-up call when he tested positive for cocaine following a race in France on July 19, 2020.

He recalls: “A month later after that race, my sister sent me a screenshot from my results by the [French regulator] France Galop. I could make out I had failed a cocaine test.

“I took another test that can show accurately if you have taken drugs over three months and that came back clear.” The initial positive test could be explained by Oisin having had sex the night before his ride at Chantilly with a partner who he subsequently discovered had used cocaine.

Oisin says: “I hired a French lawyer to help me prove [that it was contamination].”

After proving his case at a hearing, the six-month ban was reduced to three but Oisin admits he was naive to ignore calls to take time out.

He says: “I tried to give up drinking but I would get through a day or so without drinking and then it would start again. But when I failed another breathalyser test in October 2021, I knew enough was enough.

“That was when I made the decision to go sober.” Shortly after turning his back on booze, Oisin was officially banned from racing until February 2023.

He vows to never drink again, saying: “I am determined to prove to everyone I can do it.

“Counselling has helped. I don’t escape those situations where there is drink.

“I am very happy to watch the football with friends who will have a few beers, but the bottom line is I can’t have one beer, I will then have 25 beers and tomorrow I will have the same.”

Oisin describes the last 11 months as some of the hardest he has faced and reveals ­Horsepower, which was filmed between autumn 2020 and the summer of 2021, has been cathartic. “When I watched the series, I realised how ill I was but I hope it will help others,” he says. “I still keep notes on my phone of all the silly things I did [when drunk] as a reminder. I have to prove to everyone now I can be sober and still ride.”

Oisin still has a stone to lose before he will be allowed to return to racing, but he has been working out at the gym and has been competing in showjumping events.

He also draws strength from the willpower he showed in the days after the breathalyser test as he awaited the BHA’s verdict.

“I was actually in a race after that test,” he says proudly.

“What people don’t realise is the strength I had to muster to ride in that cup. They had lost patience but I pulled myself together and managed to win.”

Oisin, who lives with his girlfriend Lizzy Nielsen, daughter of racehorse owner Bjorn Nielsen, says his family have been his rock: “My girlfriend, my parents and [Balding] and his wife, Anna-Lisa, never turned their back on me.

“I can’t thank them enough. Kingsclere has important clients and it must have been hard for them to watch their primary rider make so many errors.

“I hope the series will give an insight into what being a jockey is really like.”

Oisin now has his sights set on winning a big race again — just as he did for the Queen.

He says: “The Queen was a very special lady. I met her at the stables and on race days and she was with the horses every step of the way.

“I would love to win some big races again for everyone who has believed in me.” 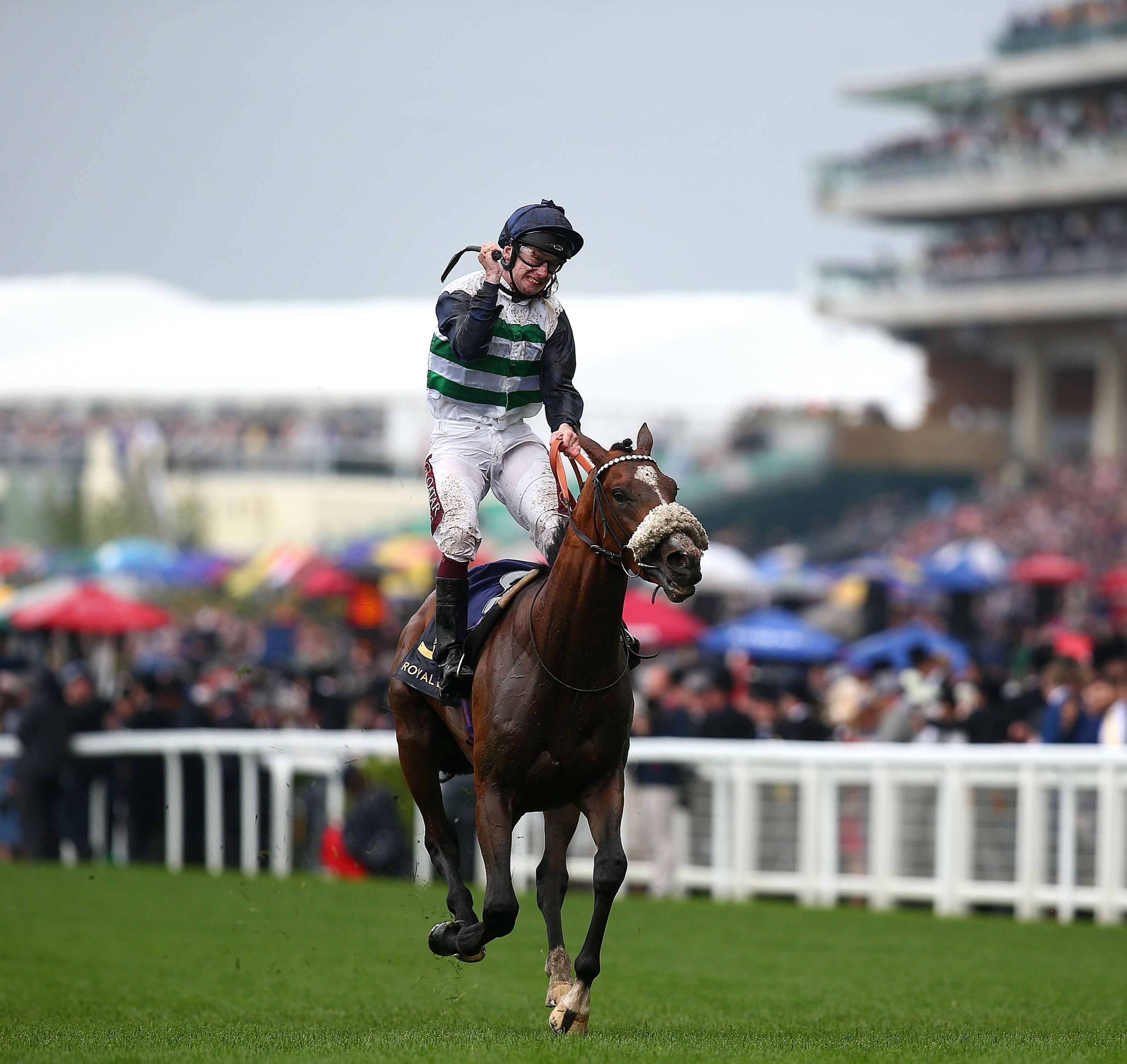 Oisin scores a winner on Dashing Willoughby at Royal Ascot, 2019

Ahead of a major new ­documentary he stars in, Oisin tells SE: ‘I put myself in a dangerous place by drinking heavily’ 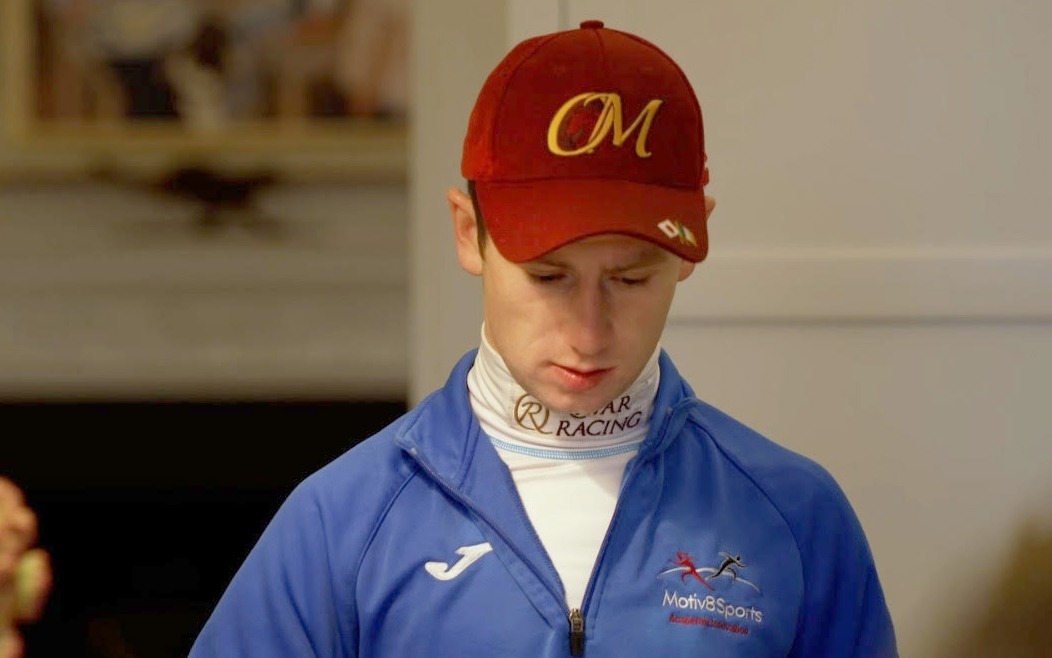 The jockey says ‘I’ve been sober now since October 7, and I am determined to prove that I can stay on the straight and narrow’