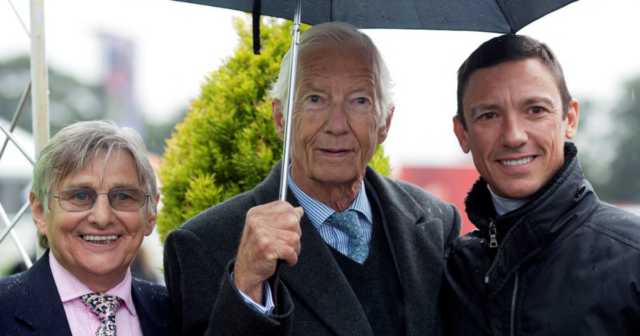 I’M looking for a Piz of the action in the Derby.

It’s the world’s most famous Flat race — and the toughest one to win on the hardest track to ride in the world.

Dettori pictured with Piggott and Willie Carson at Doncaster

I’m on PIZ BADILE (4.30) and I’m very hopeful he will run well, especially after we got a nice draw in seven.

I still remember my first ride in the Derby in 1992.

I rode Pollen Count for John Gosden and we finished 16th of the 18 runners behind John Reid on Dr Devious.

It was like a Hall Of Fame when you look at the riders in that race — Willie Carson, Christy Roche, Mick Kinane, Steve Cauthen, Pat Eddery, Mouse Roberts, Walter Swinburn and, of course, the late, great Lester.

Back in those days, the paddock was down by the stables behind the Rubbing House pub.

That was quite something and it seems like an age ago now.

I was absolutely desperate to win the Derby.

From my first ride in the race to finally winning it with Authorized in 2007, I would get asked every year about winning it, and it actually became very annoying in the end!

Dettori has won the Derby at Epsom twice

It took me 15 attempts, and with the first one I didn’t actually get much of a chance to enjoy it — it felt like more of a relief to be honest. But then, Golden Horn’s win in 2015 was probably the most emotional I’ve ever been on a racecourse.

I was a bit older, and it was a big moment as I was on the comeback trail a bit.

The kids were all older and able to understand it a bit more and it just felt so special.

All the jockeys are pleased this year’s race is being run in honour of Lester. He was the king of Epsom and always will be.

It was moving yesterday when paying tribute  to The Long Fellow at his statue.

It was very poignant and I am sure a special moment for Lester’s daughter Maureen and his former valet Brian Yorke.

The jockeys wore black armbands yesterday and we’ll do the same today. 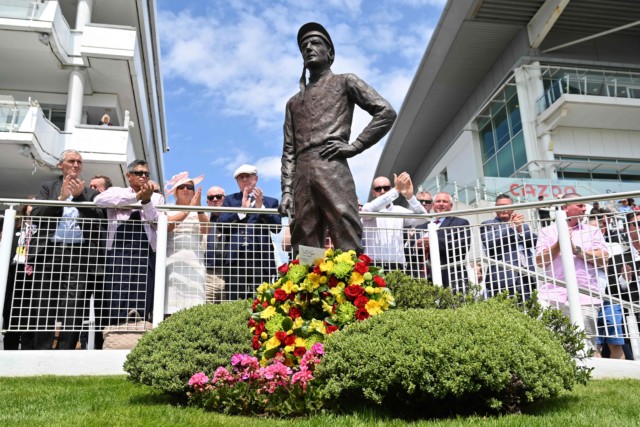 There will also be a minute’s applause just before the Derby.

There is no doubt Lester rode the course better than anyone. It is most definitely the most difficult racecourse to ride in the world, end of.

You have to be on your wits, get in a good spot and you can’t switch off for a second.

Obviously it’s not my first rodeo, but that doesn’t make it much easier.

I will always remember Lester’s  words of advice.

And his Derby advice has held me in good stead.

He told me: “Ride the horse, don’t ride the race.

“Keep focused on what you have to do.”

Those words have gone through my head in many races in many places down the years and still do.

So, can I win today’s big race?

Well, my ride this year, Piz Badile, is a beautiful individual.

I went over to Donnacha O’Brien’s to ride him the other day and was very happy.

He’s done nothing wrong in his three career starts so far but is still a bit of a dark horse.

Something that will suit him this year is the likely emphasis on stamina, as it’s a big field and there’s a good number of horses who want a truly run race.

The final two furlongs will definitely sort the men out from the boys, and hopefully I’ll be in the group that’s still finishing strong. 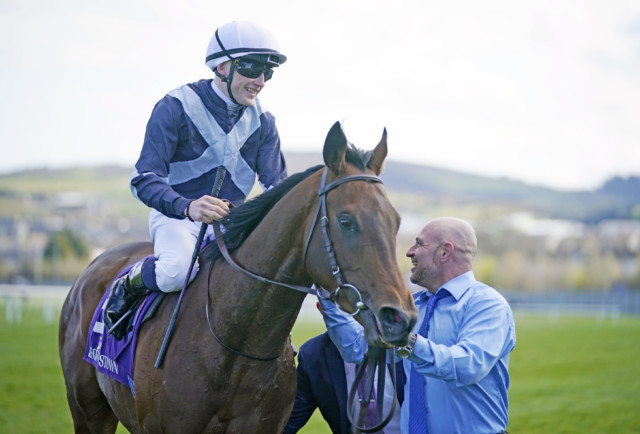 One of the reasons why the Derby is so unique is we don’t know who will handle the track and who’ll get the trip, but there is absolutely no doubt my horse will stay the mile and a half.

I believe there are six or seven top contenders this year.

Obviously I think Paz Badile will run a big race and we have a nice draw in box seven.

You can’t win a race at the start but you can certainly lose it, especially at Epsom. I will look to get a nice position and then finish strong up the hill on that camber.

They are the big three but this is the Derby and anything can happen. I don’t want to think about how I might feel if I win.

That’s how much it would mean, especially with the race being run in honour of my great racing hero.