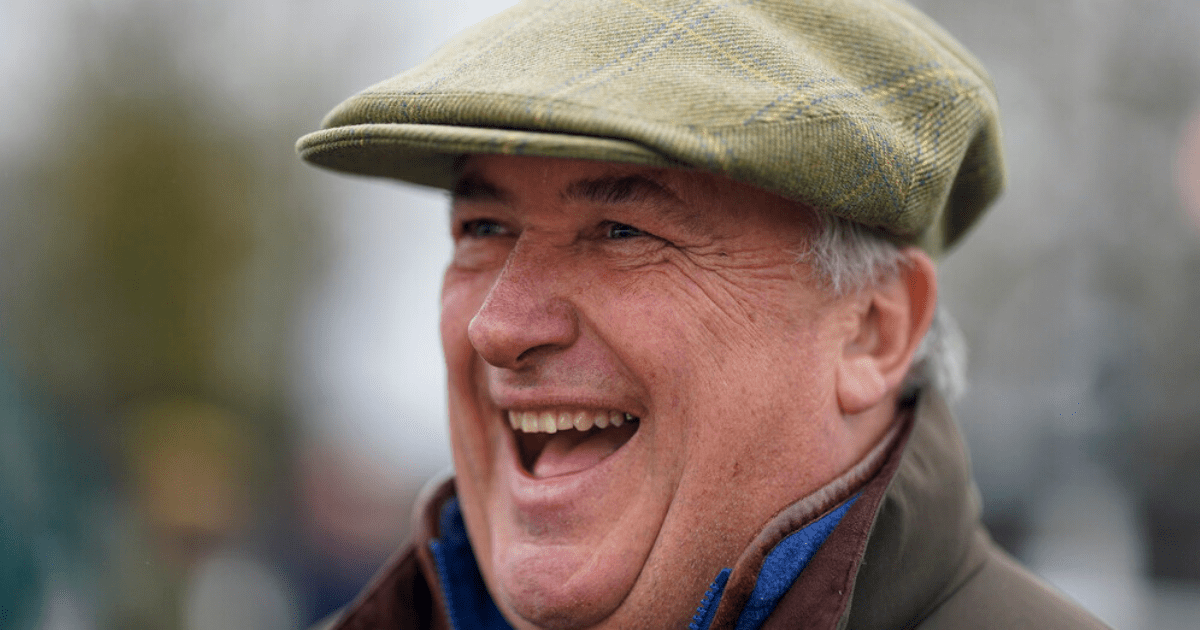 The champion trainer is many things, but a shrinking violet is not one of them.

Nicholls and Martin Pipe developed a rivalry for the ages

He has been involved in his fair share of spats over the years and he was in cracking form again this week.

He had Gordon Elliott in his sights this time after the Irishman had slagged off the current state of British jumps racing.

Elliott had a thinly-veiled dig at our top trainers, saying they had too many opportunities to ‘duck and dive’ their way through the season.

It rubbed Nicholls up the wrong way and when asked for his response at a Jockey Club press event he replied: “I think it was a load of bull****.”

Calling it a war of words might be a bit strong, but it certainly tickled me.

It was only the week prior that he had a spiky interaction with long-time rival Nicky Henderson.

Plenty of column inches have been dedicated to Hendo’s use of inflammatory language regarding the ground at Ascot a couple of weeks ago.

Nicholls was, understandably, not amused, having deemed conditions plenty safe enough to run six horses on the card.

And when interviewed on TV the morning afterwards, he hit back: “You don’t win anything when the horses are sat in their stables.”

All trainers are competitive, but no one displays it quite so openly as 13-time champ Nicholls, as he showed when Neptune Collonges won the 2012 Grand National.

Just seconds after the result of the photo finish was called, securing Nicholls a seventh straight title, he punched the air and turned to the TV cameras and said: “That’s blown Nicky Henderson out of the water.” Brilliant.

In truth none of these rivalries compare to that of Nicholls and Martin Pipe.

It’s always more interesting when sportsmen carry a chip on their shoulder, and Nicholls probably developed his during the years he spent chasing down Pipey in the trainers’ standings.

There was no love lost between the two great competitors, and it very nearly came to blows after the 1998 Cheltenham Gold Cup.

Nicholls had been wound up before the race because Pipe poached Tony McCoy to ride for him after consistently denying any intention to do so.

Then, in the Gold Cup, McCoy on Cyborgo swerved across Nicholls’ See More Business while pulling up, carrying him out of the race.

As they waited in the chute afterwards, he admitted that he wanted to punch Pipe’s “foxy face”. I’m cracking up laughing while writing this.

He approached Pipe and said he was going to “wipe that f*****g smile” off his face, before others intervened to cool the situation down.

Nicholls later recalled in his book: “Frankly, I was in the mood for violence and part of me still wishes I’d clocked Pipe.”

So Pipe couldn’t resist the opportunity to do his rival dirty one last time, as I was reminded by the excellent Sporting Life podcast recently.

On the final day of the season, when Nicholls was due to collect his trophy at Sandown, Pipe rang into the Morning Line on Channel 4 and announced his retirement, stealing the limelight yet again.

It was top s**thousery, the sort which is sorely lacking in this day and age.

Pipe won 15 trainers’ titles, and you can bet your bottom dollar that when Nicholls collects his 16th championship it’ll be celebrated with extra gusto.

He is great for the game and it makes for great entertainment when he gets stuck into his rivals. I am so here for it.