I won nearly £400,000 from a bet I placed when I was bored – and tipped all the winners for free on Twitter
Advertisement 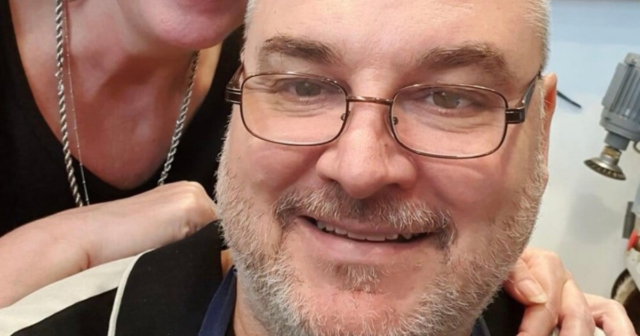 A PUNTER who decided to have a bet when he was bored on a Sunday ended up winning almost £400,000 – and tipped all the winners for free on Twitter!

Nick Cataldi has become the talk of the punting world after his life-changing win last weekend.

Cataldi won just under £400,000 from racing bets he posted to his Twitter followers

A cobbler by trade, Cataldi, from Sydney, Australia, was a keen punter anyway but had never come close to landing such a windfall before.

And incredibly this was no coup or sting operation with info direct from the yard, just good old fashioned research and more than a bit of luck.

He pocketed a grand total of £390,340 after backing the same four horses in a series of multiple bets, telling his followers exactly who he was on before the races.

Explaining how it all came about, Cataldi, whose Twitter name is @nickcat7, told RSN Radio: “I didn’t really want to start betting… but I was sitting there on Sunday, not much happening.

“I was putting $20 (around £11) bets on. The first one won, the second one won, the third one won or something like that and I had a bit of money up.”

Highland Jakk at Ballarat boosted his winnings to around £1,650 – and it was then he looked at the final four races at Albany in Western Australia.

All the horses were around the 10-1 mark but he loaded them up into a series of bets and watched in astonishment as one by one they came in.

He continued: “I didn‘t expect them to win. So I put my bet on and then I decided I may as well go each-way with it, just in case so if I get one win I might get something back.”

hey, just to everyone sending messages

A MASSIVE THANK YOU TO ALL

this is life changing for us and we still dont believe it
we need some time to take it all in, so might be a bit quiet for a while
I LOVE RACING
YEAH BABY
thanks all again

Art Admirer won race four, Little Punga the next and Baronova the sixth.

Sensing he was about to win big – but no idea how much – Cataldi called his wife Jo in to watch the last, where he needed Athlone Castle.

Cataldi said: “I said to Jo, ‘I don’t know sums’, and I could’ve sat down and worked it out, but I didn’t really want to.”

Good job because he might have fainted had he known.

Athlone Castle did the business under a great ride from apprentice Taj Dyson and then there was, in Cataldi’s words, ‘mayhem’.

He said: “I rang my son. It was very good. We got a couple of calls from Ladbrokes and the money was in the bank within an hour.”

His live tweets at the time perhaps displayed better how crazy the scenes were.

After Athlone Castle went in he tweeted: “My head hurts right now. Trying to explain it to the misses hehehe. Think she loves me.”

And he later added: “Hey, just to everyone sending messages, A MASSIVE THANK YOU TO ALL

“This is life-changing for us and we still don’t believe it. We need some time to take it all in, so might be a bit quiet for a while.

BACK TO WORK AFTER HUGE WIN

“I LOVE RACING. YEAH BABY. Thanks all again.”

He didn’t stay quiet for long, though, returning on Monday with several tips – none of which won.

Not that it mattered after pocketing nearly half a million though.

Asked what he will do with the cash, Cataldi, who was back at work on Tuesday, said: “I’ve got to buy myself somewhere to live.

“I’ll just get a little apartment somewhere and pay for it upfront so I‘ve got no mortgage and I don’t have to worry.

“Because being in business, it’s all good today, but who knows, tomorrow it might be closed.”

A lesson for punting as well as life.