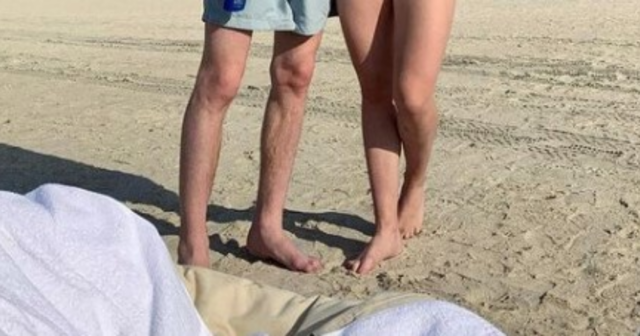 A MILLIONAIRE at 23, David Egan has turned down a mega-bucks contract that could have put him among the top earners in the world.

It might seem a moment of madness to the untrained eye.

Egan, here with girlfriend and fellow jockey Saffie Osborne, has turned down a mega-money offer in search of the next big thing

Egan and Mishriff combined to win well in excess of £10million

But for this world-class jockey – who competes against his girlfriend for a living – it could prove a masterstroke.

Meet the softly-spoken Irish jockey who is on the path to becoming possibly the world’s most in-demand rider.

Egan, who dates fellow rider Saffie Osborne, a top emerging talent in her own right, struck gold with Mishriff.

The pair turned into globe-trotting superstars, their 2021 victory in the Saudi Cup – the world’s richest race – bringing in £7.3million alone.

Together, they teamed up to amass a £10.7m fortune for Mishriff’s owner Prince Faisal.

So, after finishing a narrow second to Coral-Eclipse winner Vadeni at Sandown earlier this month, it was a surprise to many to learn they had split.

Egan, a former champion apprentice who was born into a racing family in County Kildare and destined to be a jockey, looked to have given up a good thing.

Mishriff has a brilliant chance at landing this weekend’s King George at Ascot, where first place is £700,000.

Next month there is the Juddmonte at York, where 3-1 second-favourite Mishriff would scoop another £567,000 with victory.

Should he then win an Irish Champion Stakes rematch against Vadeni at Leopardstown in September then you can add another half a million to the bank account. 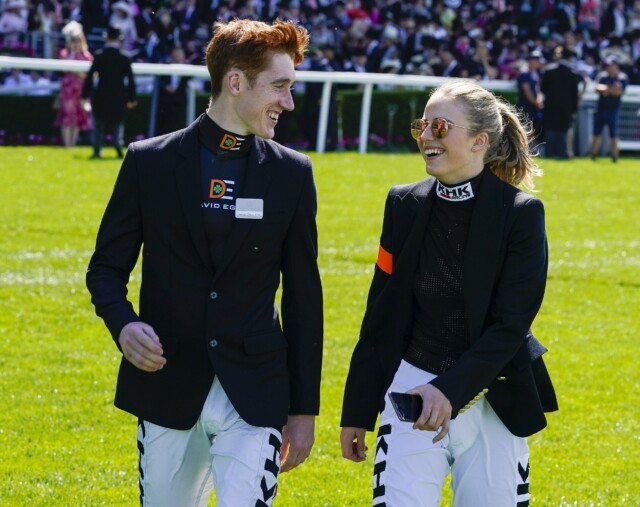 Egan and Osborne share a laugh at York racecourse – where they ride against each other day in, day out

Egan would get a decent package as a retained rider for an owner, plus a general ten per cent of the winnings, not to mention other riding fees he can pick up elsewhere.

Which begs the question, why? Why end this money-making partnership that’s taken him all over the world?

Well, Egan has taken a calculated risk and cut ties with Prince Faisal and gone back to his roots.

When Egan, whose father John also races competitively, took his first steps on the jockey ladder he got rides for Roger Varian.

His first win in a Group race – the top tier of races – came aboard the Varian-trained Pilaster in the Group 2 Lillie Langtry Stakes at Goodwood in 2018.

Varian, a softly-spoken man whose brother’s murder made national headlines, then gave the youngster his first Classic ride when Qabala came third in the 1000 Guineas the following year. 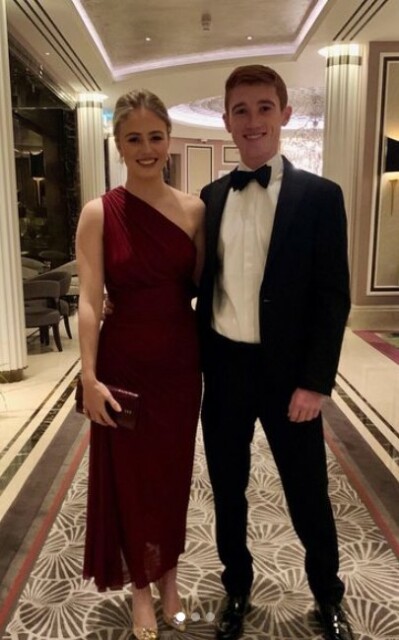 The happy couple are two of the hottest properties in racing

Word has it Egan now wants to officially become Varian’s No1, relighting that spark they shared albeit briefly a few years ago.

With big-spending Middle and Far East owners desperate to have expensive horses with the hugely successful trainer, the timing could not be better.

And with Andrea Atzeni – who will replace Frankie Dettori on Stradivarius at Goodwood – slowly but surely losing Varian rides, Egan has benefitted massively.

What it all means is the opportunity to race more horses, even better horses, in more contests and for more money.

So while there might he short-term pain in axing a lucrative deal – there could almost certainly be long-term gain.