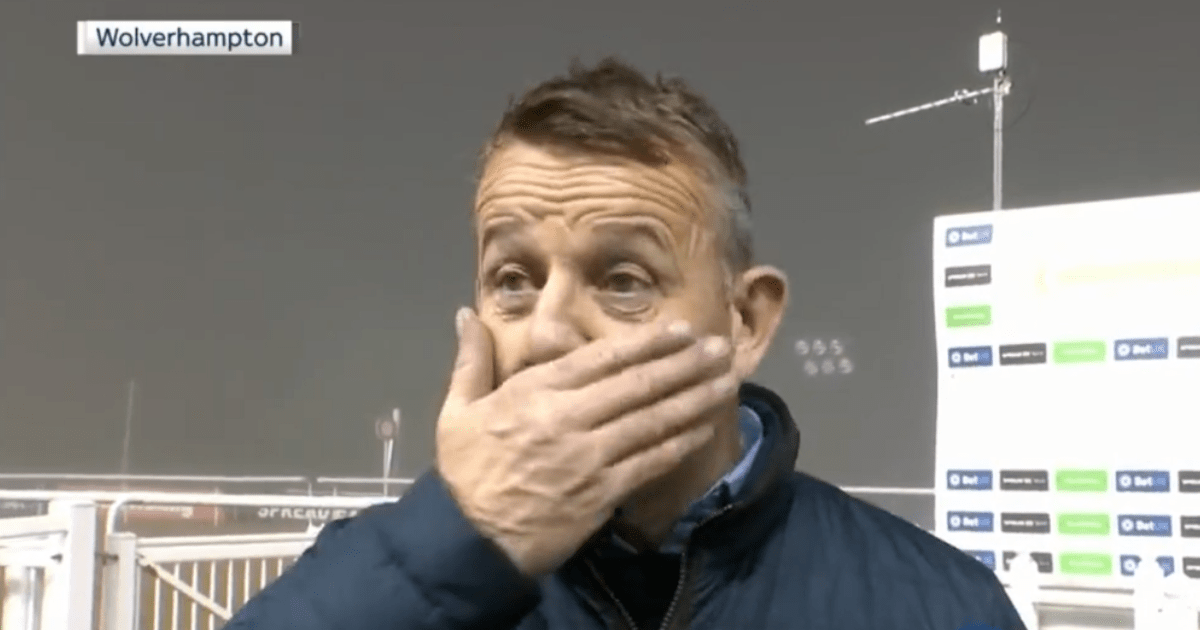 ENGLAND’S youngest jockey left his dad on the brink of tears with an emotional first winner on a 28-1 outsider.

Mark Loughnane said he was so happy he couldn’t talk after seeing 16-year-old son Billy bag his first victory at the 27th time of asking.

“One of the best days of my life!”

Pure emotion from @dml_racing as his son Billy rides the first winner of his career at @WolvesRaces! pic.twitter.com/WJsXRgXYPi

Billy pocketed £3,726 for his old man with a win on big outsider Swiss Rowe in a 7f sprint at Wolverhampton on Monday night.

It was a shame Mark didn’t get to see any of it until the end as fog played total havoc with disability.

But reunited again in the winners’ enclosure it was clear to see the trainer was totally overcome with emotion.

Absolutely bursting with pride, he told Sky Sports Racing: “Oh, God. I got married – best day of my life.

“Kids born – best day… but this, this is just unbelievable. It’s just amazing

“I’m not saying it because he’s my own, because he works so hard and he rides well.

“I’m just so happy. He’s only a kid, the youngest jockey in England, but he bloody rides well.

“I’m lost for words. I’m absolutely made up. This is what it’s about.

“I’ve given a lot of people their first winner, for me to give my son his first winner… he’s hit the post loads.

“The minute he popped out he was on a horse. He had a rocking horse at one. He’s so committed

“Tom Marquand is his idol and Tom is a great person to look up to. I can’t talk – absoutely made up!

“One of the best days of my life.”

Billy was beaten just over a length earlier in the card before making amends in style.

He came close to breaking his duck just over a week earlier when a neck second in a one mile race at Lingfield.

The teenager is back in action on another of his dad’s horses, First Company, at Lingfield on Wednesday.

Another commented: “Absolutely brilliant, highlight of the card and evening.”

One post read: “Fantastic interview. A future star, no doubt.”

While a fellow Twitter user posted: “First of many! Congratulations lad!”