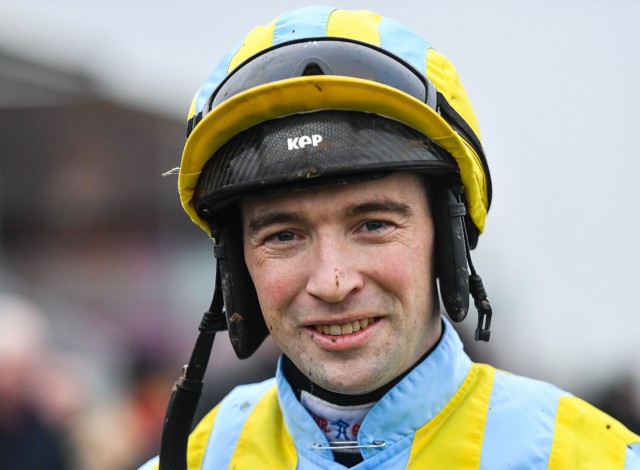 FOR Jonathan Moore this week at Punchestown will mean the world.

The jockey cruelly missed out on two career defining wins at the recent Cheltenham Festival that he admitted left him in tears.

After a fall at Naas on the eve of the Festival, Moore flew to Cheltenham hoping he would still be fit enough to partner Flooring Porter and Vanillier.

But painfully the 27-year-old ruled himself out – a decision that earned him huge credit.

Flooring Porter went on to a stroming win in the Stayers’ Hurdle under stand-in jockey Danny Mullins, a switch recommended by Moore himself.

And the following day Vanillier was a convincing winner of the Albert Bartlett under Mark Walsh.

It was bittersweet for Moore. He went home empty-handed but the Cromwell stable was on a high.

He admitted: “After Cheltenham I got back home I didn’t have the Albert Bartlett or Stayers’ Hurdle trophies to look at.

“It was tough for me, it wasn’t an easy watch of course. But at the end of the day there are a lot more people involved in it than me.

“It was great for Gavin, great for the owners and the people watching on from home.

“I’m lucky to have these horses to look forward to and you have to try and look at these things positively, there’s no point constantly looking back at it and being negative.”

Moore made a determined and winning return at Ballinrobe for his boss Cromwell on April 16.

But it’s Punchestown and being reunited with Festival pair Flooring Porter and Vanillier that has kept Moore motivated.

He said: “I knew I had those horses and that kept me focused trying to back from injury.

“We were never going to think about Aintree so I knew Punchestown was the target.

“I’m back fit and firing now. It’s been great to be back and I’m in good shape. As a jockey you need to be 100% to give your best when it matters and I feel fresh.

“These big Festivals always mean the most so it’s exciting being able to look ahead to Punchestown now.”

Vanillier and Flooring Porter struck at 14-1 and 12-1 respectively at the Festival. But for Moore and the Cromwell stable their efforts were no surprise. 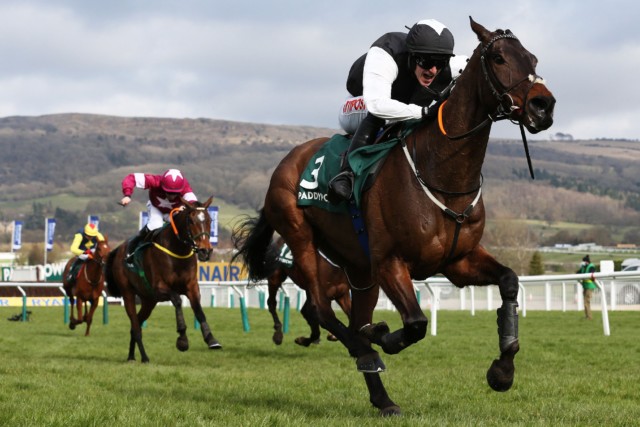 Both enhanced their reputations no end on the biggest stage of all and head into their assignments at Punchestown this week as the likely favourite.

Vanillier is likely to be favourite in Wednesday’s three-mile Grade 1 for novice hurdlers and Moore reckons he’s the one to beat.

He said: “Vanillier has been working really well, he’s come out of Cheltenham really well, you wouldn’t know he’s had a race.

“To be honest he looks in better form now than he did before Cheltenham. 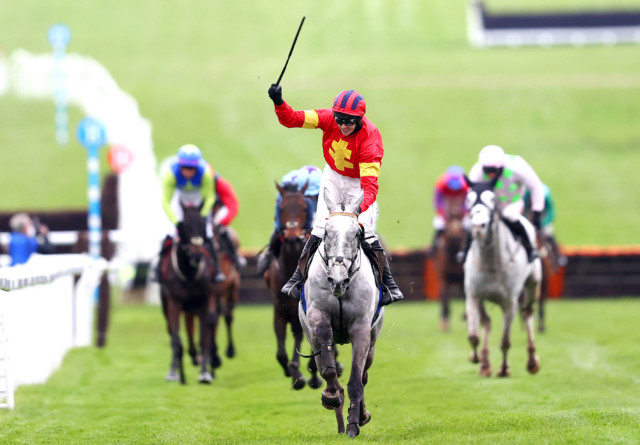 “We really fancied him at Cheltenham and he came good.

“He had a mediocre run at Leopardstown at the Dublin Racing Festival, but quite a few of the horses around that time were quiet.

“But before that his form was good and we fancied him because of that. He was second in Limerick on ground he would have hated.

“We thought then the Albert Bartlett would be perfect for him and then about two weeks before Cheltenham he started to come good and we thought he’d run a big race.

“Thank god he showed everyone else what he could do then, we already knew it.

“He’s been there and done it now and I suppose he’s the one they have to go and beat in here. There’s always some nice types in there as you’d expect but it’s just great for us to have horses of his calibre.”

Flooring Porter cruised to a stunning win in the Stayers’ Hurdle with nothing able to get close as he went from pillar to post unchallenged.

Moore said: “After Leopardstown people were saying he got an easy lead there and what not, but when I got back in the weighing room that day the jockeys behind me just said they weren’t able to go with him.

“The way he won that race and the way he quickened we genuinely thought he’d be very hard to beat at Cheltenham.

“The only question we had with him was the quicker ground and whether he’d be able to burn them off as easy as he did the time before. But he’s proven that too now.

“He’s just got a massive, massive engine. To be fair he probably goes best left-handed, but I’ve won on him twice the other way so we’re not worried – I can’t see that being an issue.”

Moore will also partner Darver Star who is set to revert back to hurdles after a mixed campaign novice chasing.

And after joining Cromwell as stable jockey in 2019, Moore is hoping their relationship can continue to blossom for years to come.

“Gavin’s team is getting bigger and better each year and that’s great for me. Hopefully that will continue and we can have many more great seasons together.”