Inside shady firms making £10,000 a day from James Bond-style drones that give punters split-second edge over rivals
Advertisement 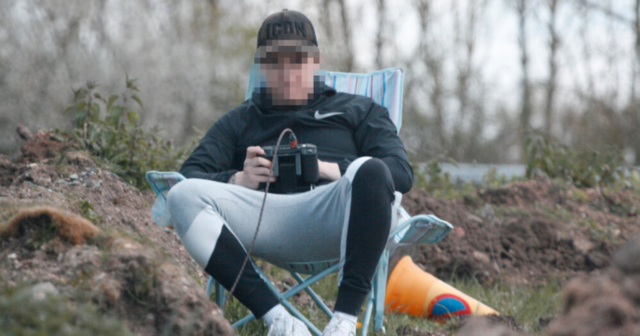 THERE will no doubt be a buzz in the air at today’s big meetings at Cheltenham and Doncaster.

Not because of an over-excited crowd, but a team of drones hovering overhead beaming live pictures to in-running punters.

A drone operator is spotted flying one of the £20,000 devices at Huntingdon racecourse
Shady firms are making more than £10,000 a day from flying drones – and this person operates theirs from a lay-by on a dual carriageway that sits next to the track

The airborne devices are causing racecourses a massive headache – but for the drone operators business is booming.

According to one pro punter, there are up to six ‘firms’ of drone operators currently raking it in across the country – and one even pays an elderly woman to let them operate from her back garden.

The outfits charge up to £60 per meeting for punters wanting access to the near-instant pictures provided by the drones – giving them a huge advantage on Betfair’s in-running markets.

As many as 150 to 200 punters will pay for the service at a quiet midweek meeting, meaning operators can theoretically earn up to £10,000 per fixture – and these numbers grow significantly at weekends.

Punters who pay for the service – which is currently legal – can access the drone footage through an app, giving them a crucial edge over those watching on TV.

The drone footage gives them a head-start of around a second on Racing TV viewers.

But their advantage over the pictures broadcast by Sky Sports Racing and ITV are even greater, with both channels running at a delay of around four to five seconds.

The firms are fully-licensed and the drones are said to carry a ‘James Bond-style’ camera system which costs up to £20,000 a pop.

Another pro punter said: “From what I’ve seen, they must get their gear from Q in some secret MI6 lab. It’s unbelievably high-tech.”

The drone firms have a different set-up at each individual racecourse and they will never attempt to fly the drones from racecourse land.

DESPERATE MEASURES TO GET BETTING EDGE

At tracks such as Wolverhampton and Leicester, the operators pay local residents a decent chunk of cash to fly the devices from their properties.

One firm has brazenly flown their drone from a lay-by on the A141 just yards from Huntingdon, in full view of everyone at the track, while another has flown from a cherry picker overlooking Redcar.

And a betting industry insider described how one firm regularly pilots their drone from the back garden of an elderly woman who lives a short distance from Chelmsford City racecourse.

They are believed to pay her £300 per meeting and there are 49 meetings scheduled at Chelmsford this year. 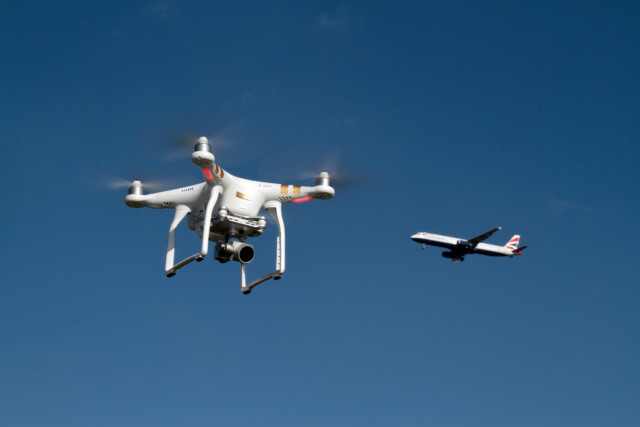 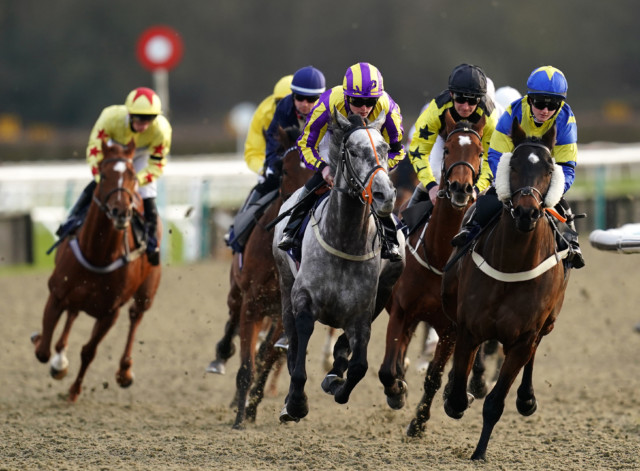 With that sort of top-up to her pension, it’s no surprise she “provides them with tea and biscuits” throughout their stay!

It’s a double whammy for racecourses, whose media rights are being infringed by the drones beaming live pictures to punters at home.

Many tracks used to rent out boxes to in-running punters for thousands of pounds a year.

Now those bettors have either started using drone pictures or have packed it in completely, as they feel those punting with the instant footage gain an advantage with birds-eye-view camera angles.

CONSTANT RISK OF CARNAGE FROM CRASH

Plus, there is the constant risk of a drone crashing and causing injury to horses, jockeys or racegoers.

A drone crashed near Chepstow racecourse during last year’s Welsh National meeting, and with as many as five drones appearing overhead at one time there is an increased risk of a mid-air collision.

Just last weekend, the Brentford vs Wolves match was halted for around 20 minutes because a drone was spotted overhead.

Premier League rules state that play must be stopped immediately if a drone is sighted, as officials fear it could pose anything from a terror threat to an attempt to broadcast live footage illegally.

There are no such rules in place in British racing, and racecourse chiefs have been left frustrated at attempts to get drone pilots to ground their aircraft.

There have been several instances of police being called only for the drone pilots to scarper – or to be let off as they are properly licensed.

Arena Racing Company – who run 16 racecourses in Britain – have been exploring possible legal action for several years, and their spokesman said drones were an “ongoing problem”.

Did you miss our previous article…
https://www.sportingexcitement.com/horse-racing/meet-the-glamorous-23-year-old-jockey-who-has-already-earned-2-5million-fortune-and-drives-a-mercedes-benz