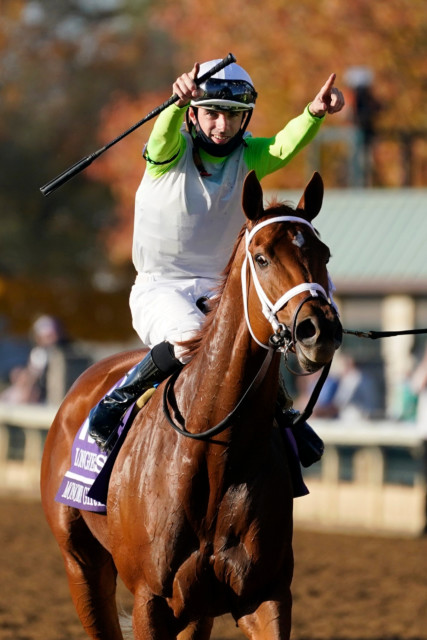 THIS is the incredible £60MILLION auction for racehorses where only the super-rich need apply.

While coronavirus has decimated transfer fees in the world of football, racing shows absolutely no signs of slowing down.

Monomoy Girl was victorious in the Breeders’ Cup and then sold for £7.2m

Hip 192 MONOMOY GIRL sells for $9.5M at The #FasigNovember Sale! Congrats to the connections:

And the ultra-exclusive Fasig-Tipton’s Night of the Stars is the prime example of the vast sums of cash swapping hands as the demand for top horses soars.

The auction saw 142 horses sell for a combined £60.9m on Sunday night.

That jaw-dropping figure was headlined by the sale of Breeders’ Cup Longines Distaff winner Monomoy Girl, who was sold for a world-record £7.2m.

Monomoy Girl fetched a record as a ‘potential’ horse because she will keep racing for another year before retiring for breeding.

Incredibly, that is only good enough for third on the list of the most expensive ever put under the hammer at the lot.

The mare Better Than Honour fetched an astronomical £10.6m when sold in November 2008.

Unlike Monomoy Girl, they were both sold as retired horses. 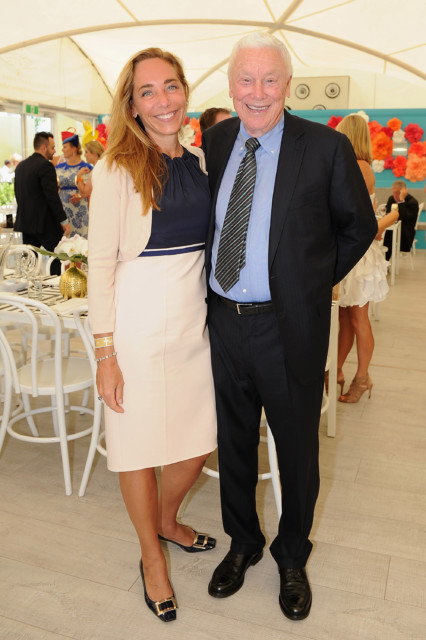 Hip 245 BAST i/f JUSTIFY sells for $4.2M at the #FasigNovember Sale!
Congrats to the connections:

American billionaire B. Wayne Hughes, 87, was the man with the biggest cheque book in Kentucky, US.

Hughes, who is worth £2.3billion and made his fortune in self-storage, owns the luxury Spendthrift Farm.

And that one stable was responsible for £19m of sales on one night alone, with an average spend of £1.5m on each of the 12 horses they bought.

Fasig-Tipton president Boyd Browning Jr said he would have been labelled ‘delusional’ for predicting sales of this size during a pandemic.

But the amount of cash changing hands shows the demand for top horses is anything but dwindling.

INDELIBLE i/f NYQUIST sold for $1.6M at The #FasigNovember Sale! Congrats to the connections.

Browning Jr said: “If someone would have told me six months ago when our world kind of changed, or six weeks ago, six days ago, or yesterday, that we were going to sell £60m of horses in one night and 22 for £1m or more, they probably would have taken me out of here in a straitjacket and said he is now delusional.

“There’s no magic. The success of this sale was built upon having a tremendous catalogue of quality horses. It was a spectacular catalogue.

“It’s a relationship-based business. It’s not just me.

“If you go through that (Fasig-Tipton) office, on our sales team, every person involved in the organisation has a key factor in recruiting some of these elite horses, and that’s why it works.

Why do people pay so much?

Spendthrift is a breeding farm for horses.

People pay big bucks so they can get top class horses to mate and hopefully produce top class racing offspring – known in racing as their ‘progeny’.

When horses retire from racing they ‘go to stud’.

This means they live a life of absolute luxury in multi-million pound stables and, basically, have sex.

A horse can make millions during its racing career – but it is at stud where the cash can really pour in.

The legendary Frankel is now a stallion and charges around £125,000 a pop.

He has since become the sire of 104 runners.