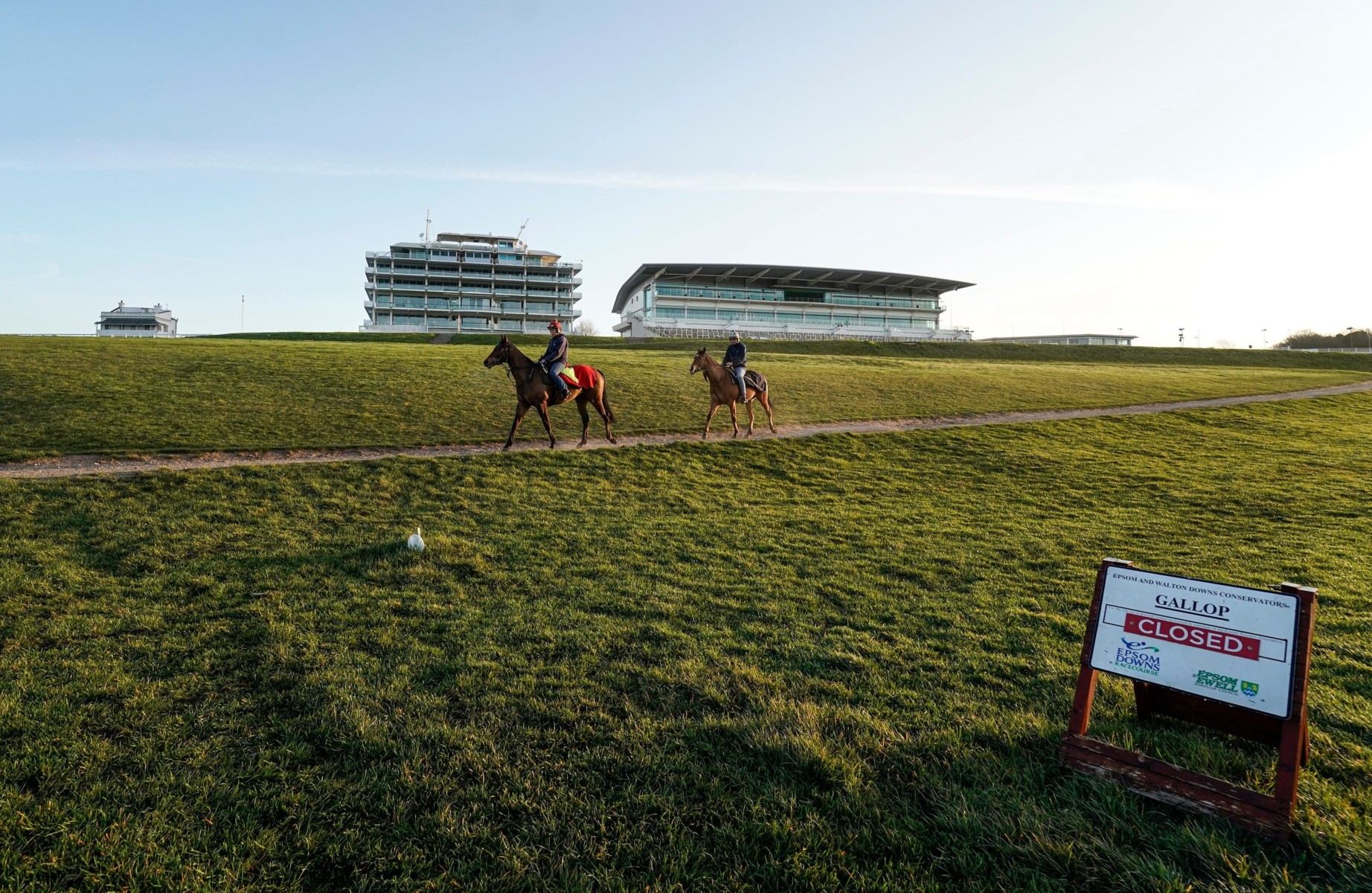 THE Investec Derby and Oaks are reportedly set to be run on the same afternoon in July.

Plans for the resumption of racing continue and it’s expected the mile-and-a-half Classics will be held on the same day to help restrict the numbers of people travelling to and from Epsom.

The races are historically held on the first Friday and Saturday in June but are set to be part of a one day racing bonanza as the BHA aims to catch up with lost time following a decimated early season fixture list.

It was also thought Epsom may struggle to host any racing behind closed doors due to the public land and gallops opposite the course. But that idea has lost some momentum with the course and Jockey Club pushing hard to keep the race.

With the Guineas also postponed, the industry awaits a new date for the first Classics of the season, as well as a number of trials trainers can use to prepare their horses.

In an email sent to trainers, race numbers are originally set to be capped to 12, but it is hoped that restriction will be lifted by the time the Jockey Club announces dates for both the Guineas and Derby.

Government ministers are keen for some sport to get back as soon as possible – all behind closed doors – and it’s thought racing could be one of the first to get the nod.

There are measures the sport must met though and it will be up to the BHA and the Racing Resumption Group to prove the sport can match those.

They will include strict social distancing measures and the ability to test participants.

Did you miss our previous article…
https://www.sportingexcitement.com/horse-racing/hong-kong-legend-set-to-bow-out-on-a-high-as-stars-aethero-and-beauty-generation-top-the-bill-on-champions-day