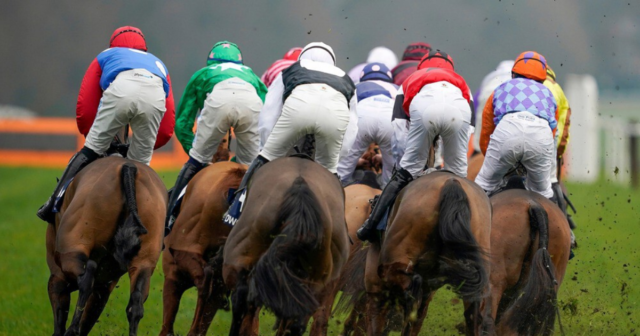 A JOCKEY has been given a FOUR-YEAR ban after testing positive for cocaine.

However, at least three of the years are suspended and, with the ban being backdated to August 22 this year, he could be racing again next year.

At a referrals committee hearing, Kelly, who tested positive for a metabolite of cocaine at Killarney on July 15, said he had no recollection of taking the Class A drug.

The IHRB statement read: “Mr Kelly explained that he had been on a night out during which he had refused the offer of cocaine but stated that it was being taken in his company.

“He stated that he has no recollection of taking cocaine but accepted that with the consumption of alcohol and peer pressure from those around him that he must have dropped his guard later in the evening.

“He said that he had never before or since taken any type of drugs and that he wasn’t aware of the consequences, but this was a mistake he would regret for some time and apologised for letting his family, employer and the sport of racing down.”

Kelly, a claiming professional with earnings of £43,965 on the track this season, had been riding for Enda Bolger.

The trainer said Kelly was a ‘brilliant horseman and worker’ who ‘never gave any problems’.

Bolger said he would be sticking 100 per cent with Kelly and offering him all assistance in the future.

Kelly’s final three years of the ban are suspended so long as he co-operates with the IHRB’s senior medical officer Dr Jennifer Pugh.

“We are imposing a suspension of four years, beginning from the August 22 2021.

“We have taken the approach that if you cooperate with Dr Pugh and do whatever has to be done under her guidance and that of Mr Brennan if required by Dr Pugh, between now and August 22 2022 we will be in a position to consider a review for partial suspension of the penalty with effect from that date.”

Did you miss our previous article…
https://www.sportingexcitement.com/horse-racing/leading-cheltenham-festival-hope-buzz-suffers-severe-injury-setback-nicky-henderson-confirms