Is this the worst loss of all time? Unthinkable happens as horse and jockey throw away victory with dramatic crash
Advertisement 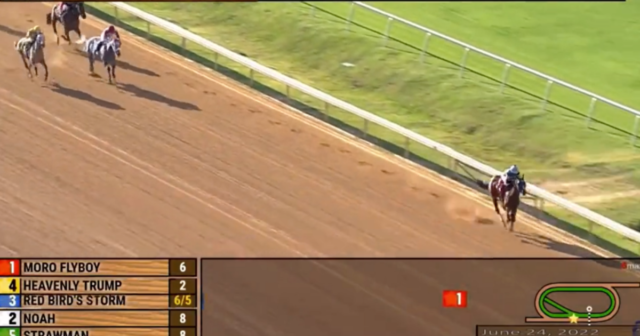 THIS is the unbelievable horse race punters are certain has thrown up the worst loser of all time.

The unthinkable happened in the final furlong when runaway leader Moro Flyboy jinked and threw jockey Simon Camacho-Benitez crashing into the running rail. 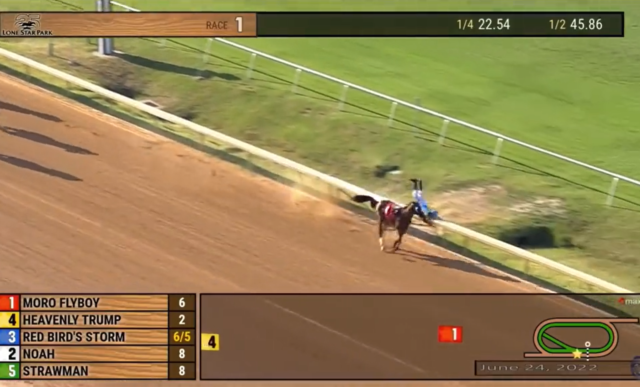 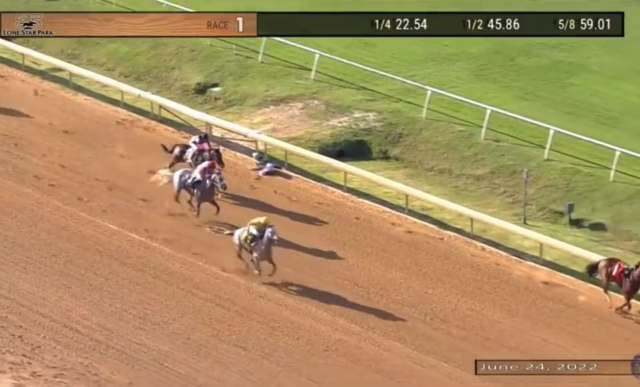 Camacho-Benitez bounced off the obstacle head-first and landed with a thud on the dirt as Heavenly Trump cruised past to win in the most ridiculous of circumstances.

A clip of the finish has gone viral online, as conspiracy theories about why the horse jinked surfaced.

Some claimed Camacho-Benitez should not have used his whip on the four-year-old gelding when so far clear.

And they say an apparent strike to the right side of the horse caused him to jink left and throw the jockey off, costing the horse’s owner a winning cheque for just over £6,500.

Others said this was just classic racing, with the winner never a sure thing until they pass the post.

Fortunately, Moro Flyboy and Camacho-Benitez both escaped serious injury in the race at Lone Star Park in Texas, US, in the early hours of Saturday morning.

Camacho-Benitez’s agent Bradley White said: “He’s all right. He had to go get a concussion test before he can be back.”

The jockey might want to give it a while before he takes to social media again too, judging by some of the reaction to what happened.

Another Twitter user said: “I don’t like being critical, but I’m pretty sure this could have been a nice hand ride and still won by seven lengths.”

One wrote: “Well I guess the horse showed the jockey who is really boss!”

A fellow punter said: “This is crazy.”

One comment read: “Easily the worst loss in horse racing.”

While another joked: “Clearly the jocky whispered something outrageous in the horse’s ear.”

But 5-2 Heavenly Trump was the one who benefitted from the freak finish, with 8-1 Noah in second and 13-8 favourite Red Bird’s Storm in third.