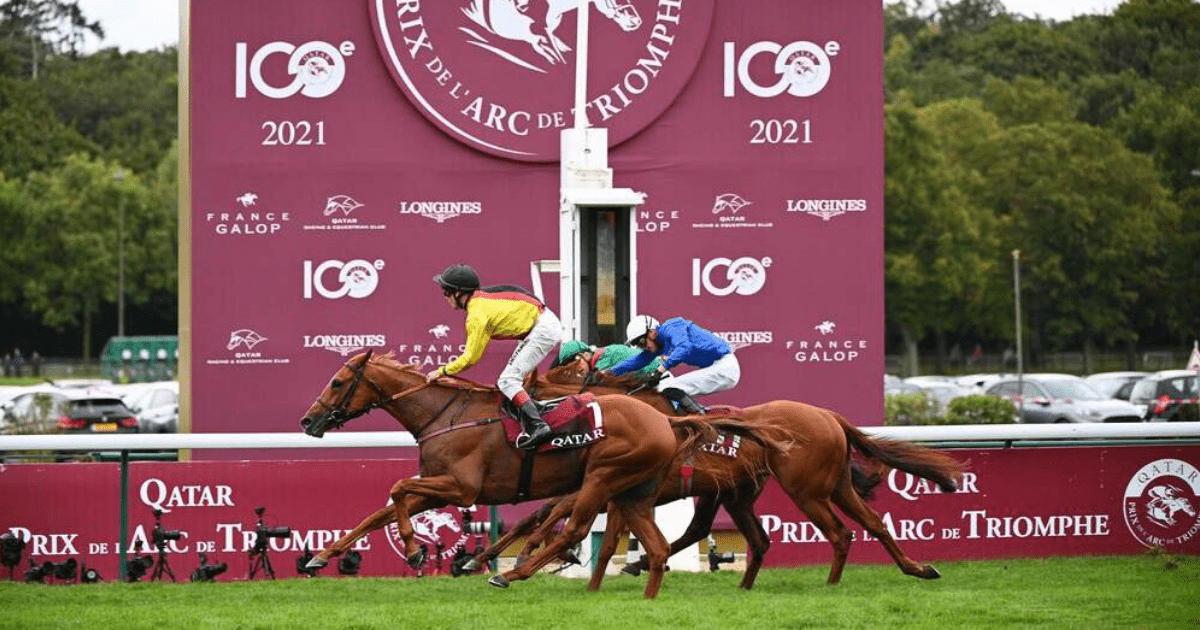 ARC de Triomphe bosses have been slammed for their decision to water the ground at Longchamp – despite a terrible weather forecast.

The going at the famous racecourse in Paris is now officially ‘Very Soft’ after overnight rain on Tuesday.

Track officials decided to put 5mm of water on parts of the track on Sunday afternoon.

But it has barely stopped raining since then, and there is further rain in the forecast on Thursday and Saturday.

Longchamp’s decision had been described as an “interesting” by Ted Voute, the racing manager for Mishriff’s owner.

But some punters haven’t been so polite, describing the move as “outrageous” and even querying if the meeting will go ahead if the heavens open before Sunday.

As it stands, French officials are not concerned about the risk of waterlogging with the race expected to go ahead as planned.

One fan said: “Surely it has got to be questioned why they were watering last week?”

Another posted: “Outrageous that they were still watering the course over the weekend.

“When you look at the forecast, you can’t help but say this is a total failure.”

While another said: “If they get as much rain as is forecast on Saturday it could be game over.”

The £4.2 million race, which is one of ten Group 1s at Longchamp on Saturday and Sunday, has been run on officially heavy or very soft ground for the last three years.

Bottomless ground will definitely suit some of the runners, including last year’s winner Torquator Tasso.

It shouldn’t prove an issue for Alpinista or Luxembourg, who have both won Group 1 races on soft ground.

But it will be a headache for others, including the well-fancied Japanese challenger Titleholder, who is used to running on fast ground back home.

Earlier this week, Godolphin’s Adayar was taken out of the Arc in favour of a clash with Baaeed at Ascot on Champions Day because of the ground.

A statement read: “Following discussions on Monday, it has been decided that Adayar will miss the Prix de l’Arc de Triomphe and will instead head to the Champion Stakes where conditions are likely to suit him better.”

Aidan O’Brien’s Champion Stakes winner Luxembourg remains the 7-2 favourite for the Arc with Coral with four days to go.