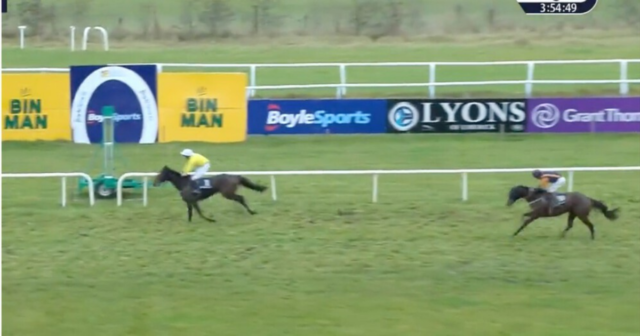 AN FORGHAS defied seismic odds to win the bumper at Limerick in spectacular fashion on Monday.

The rank outsider traded at 999/1 TWICE in running before landing the spoils at a colossal 125/1!

Few would have looked twice at the 4-year-old in the closing bumper given he finished a distant 16th of 17 on debut in September.

But those who did were rewarded handsomely after a remarkable race.

Owner, jockey and trainer James Conheady, 40, was on board An Forghas — who was allowed six or eight lengths at the beginning.

And he soon built up a lead of some 20 to 25 lengths approaching the final turn.

Advertisement. Scroll to continue reading.
An Forghas built up a lead of some 20 to 25 lengths 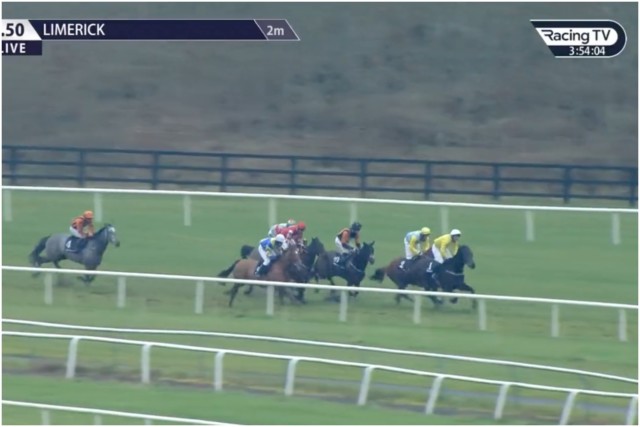 Turning into the straight, An Forghas came back to the field

However, An Forghas looked to have run his race when on the descent to the straight with the rest of the field rapidly gaining.

The commentator said: “One or two distress signals being exhibited on this leader as he’s beginning to come right back to the field now.”

But the story doesn’t end there.

An Forghas briefly traded with favourites Mullinaree and Happy Victory before finding extra to pull clear and win by three and three-quarter lengths. 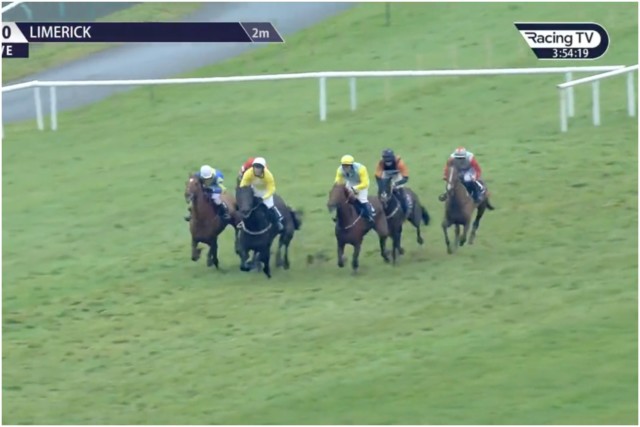 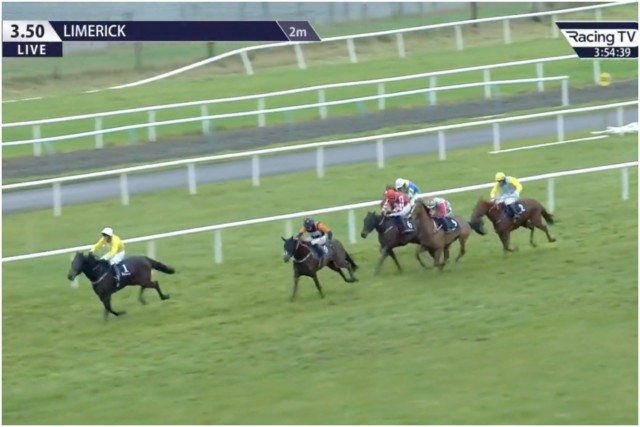 After the race, Conheady said: “My dad bought the dam so we bred him ourselves.

“He has been improving a lot at home so we were quietly confident, although it was a very competitive race.

“I’m working full-time in farming but we have always kept one or two horses, and this is definitely my biggest success.

“I knew he was going to be free so I decided to make the running and have him out on his own. He works at home on his own so it seemed the right thing to do.”

One Twitter user said: “Honestly never seen a race like that. Surely if they’d all kicked past once they got to him they’d have broken his heart and that would have been that?”

A simply incredible finish at @LimerickRaces

125/1 chance An Forghas was a mile clear at one stage, before coming right back to the field & trading at 999/1 in running

However, James Conheady knew how much petrol was left in the tank – some ride

Commercial content notice: Taking one of the bookmaker offers featured in this article may result in a payment to SE. 18+. T&C’s apply. Begambleaware.org

Did you miss our previous article…
https://www.sportingexcitement.com/horse-racing/meet-the-best-horse-since-frankel-flightline-is-the-1million-superstar-ready-to-dominate-racing