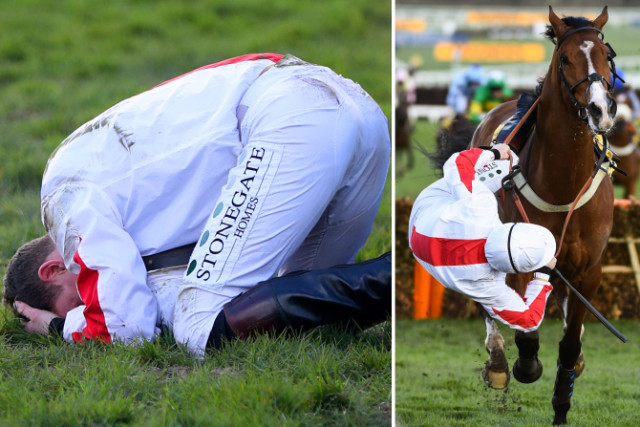 IT just wouldn’t be the Cheltenham Festival without the dramatic highs and lows.

Each year dreams are made, but even more are dashed.

And for the Moore family and their stable star Goshen, 2020 was close to being the fairytale everyone hoped for.

But only a dramatic last flight tumble in the Triumph Hurdle prevented one of the most breathtaking winners in recent years.

Now the team and jockey Jamie Moore are out to right some wrongs.

After a quiet spell, their monster is back. He shot back into the reckoning with a recent demolition at Wincanton, teeing him up perfectly for the big one – the Champion Hurdle.

Now as short as 4-1 for the race, with only Epatante and Honeysuckle shorter, Goshen will have huge numbers of fans, and not just those with their hard-earned pounds on.

For the jockey, the story is an even more turbulent one.

From the tears after the desperate Cheltenham fall, Moore would break his back early this season after another tumble.

Whilst all at the same time his young family were hit with the news his wife Lucie had cancer.

Moore’s fall at Fontwell last August left him with yet another serious injury, this time a broken back.

He told SunSport at the time: “I could move my legs so I thought that’s good. But then every time I was breathing, my sternum was clicking.

“I then said can you take me to Brighton hospital – instead of going to Chichester – so I can be closer to my family? All I could think about was the kids and my wife Lucie.”

Goshen’s jumping was near faultless as he cruised to his latest win.

The horse has proven he’s no one-trick pony, but all eyes will understandably be on that infamous final flight if Goshen is in contention again next month.

Moore said: “I was lucky enough to sit on a good one in Sire De Grugy who won the Champion Chase, and I want that feeling again.

“Everyone was very good at the time when Goshen fell. But I probably got more texts from falling off than I would have if he’d won! 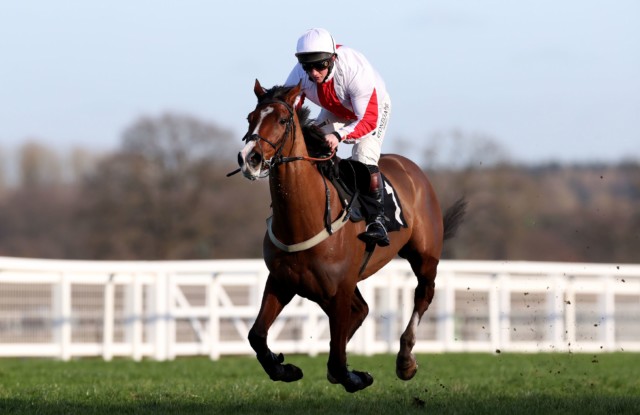 “I still feel I let people down, although I’m sure I would have sat it if his legs hadn’t got caught up.

“As I said it’s just been a terrible year. What happened with Goshen, my fall, Lucie’s health plus then the kids all had to move schools.”

If Team Goshen triumph on the big stage next month, it’s unlikely there will be a dry eye in the house , or on sofas around the country. And for good reason.