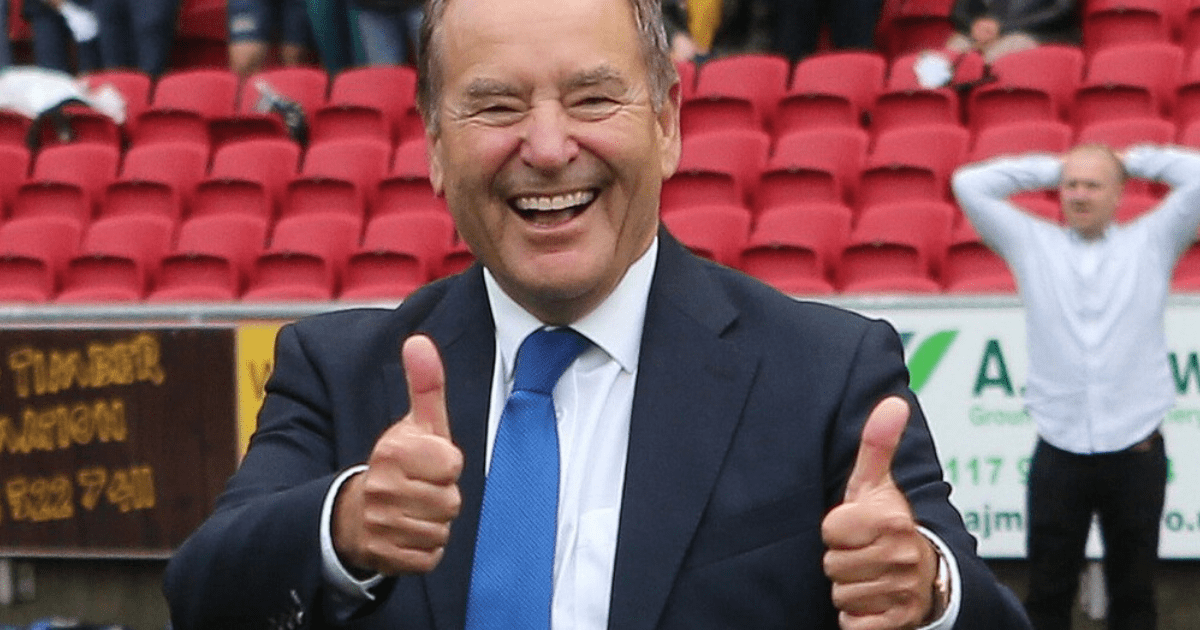 JEFF STELLING was celebrating his latest win… but it had nothing to do with his beloved Hartlepool.

The legendary Soccer Saturday host is part of a star-studded racing syndicate including fellow broadcasters John Inverdale and Sybil Ruscoe.

Sky Sports legend Stelling, who used to own a horse with Chris Kamara called Unbelievable Jeff, was celebrating his latest winner on Tuesday

They were all delighted when the Richard Phillips-trained Organdi, a ten-year-old mare they own, banged in her first win of the season on Tuesday.

Stelling, who once owned a horse called Unbelievable Jeff with Chris Kamara, wasn’t at the track to see her win by a neck at odds of 5-1.

But had he been he could have rubbed it in the face of Harry Redknapp.

He was there along with Welsh athletics hero Colin Jackson as a guest of raceday sponsors Poundland.

It was Stelling and Co who were left counting the pennies though as Organdi’s win in the 3m1½f chase took her earnings to just shy of £45,000.

Organdi, with five wins from 20 runs, wins 25 per cent of the time and with a runner-up and five thirds to her name too has turned into a tidy little earner for connections.

Stelling, one of 20 in the Beautiful People syndicate, tweeted his joy after the race.

He said: “What a great and gutsy performance by the mare Organdi at Warwick today.

Speaking of the win, former Top of the Pops presenter Ruscoe said: “To have a winner in a week in which we’ve been commemorating the life of the Queen, one of the great patrons and friends of racing, means the world to us.

“The care and the time that Richard takes, not only with his staff, but with his owners and horses is truly wonderful.

“I think it’s a great advert that you don’t have to be rich in this sport.

“You just have to have a great trainer and belief in a team of people and you can have some amazing days, whether you win or lose.”

Did you miss our previous article…
https://www.sportingexcitement.com/horse-racing/amazon-prime-horsepower-documentary-how-to-stream-and-how-many-episodes-are-there/