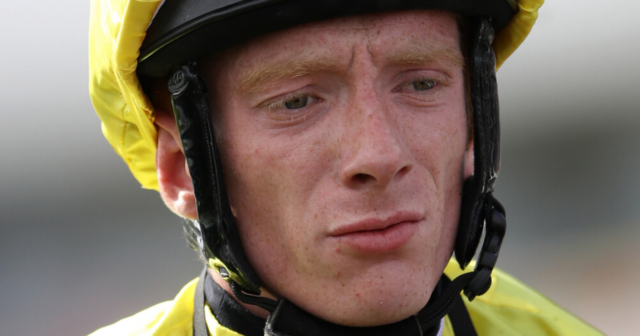 A PROMISING young jockey has retired aged just 23 due to a long list of injuries including a ‘split bowel’.

Eddy Greatrex, son of Cheltenham Festival-winning trainer Warren, says he has ‘never been the same’ since two back operations.

Greatrex has retired from racing at the age of 23

The former Flat rider said he woke up in pain every day and thought the grind was not worth it just to ‘end with a 100-1 shot up north’.

However, he told the Racing Post of his decision to quit, which he says has done his ‘head some good’.

Greatrex, who thanked trainers Eve Johnson Houghton, Andrew Balding and Archie Watson for all their support, said: “I’ve suffered with cysts on my lower spine and after the first operation I had a fall at Royal Ascot in 2019, so had to have another operation.

“Eight months later I ruptured my hernia so had to have surgery which split a bit of my bowel as well.

“Ever since those back operations I’ve never been the same and it’s very painful to ride.

“Sometimes the scar tissue opens but I was still going racing because I wanted to get back to where I was with plenty of winners and rides.

“That’s not happened over the last 12 months and it’s not nice waking up every day in pain, then going to ride out somewhere knowing it’ll be a tough day that might end with a 100-1 shot up north.

“It’s one of the toughest decisions I’ve made in my life and I’ve thought about it for the past year, especially the last three months when things have been slow.

“I felt like I was pushing water uphill in the end and wasn’t getting to where I wanted to be.

“It would be different if I wasn’t in pain because I could try to get back to where I was by grafting in the mornings, but it’s sort of impossible when you’re in pain, knowing there aren’t many rides at the end of the tunnel.”

Greatrex says his aim now is to follow his old man and move into training.

He added: “I’m going to stay in racing and long term I’d want to follow in dad’s footsteps and train, but for now I’d love to get more experience, maybe assisting another trainer and just learning as much as I can.”