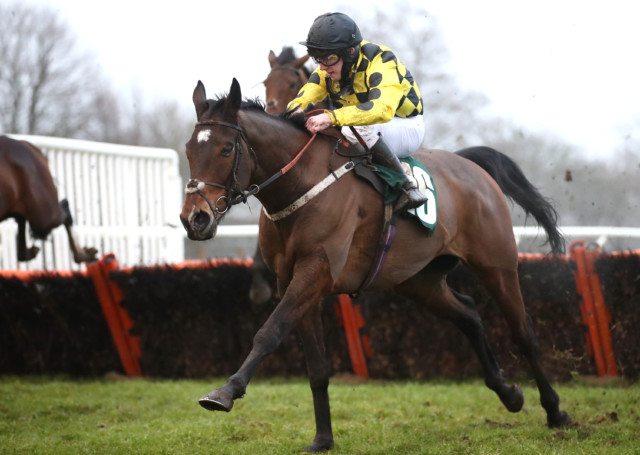 JOCKEY Aidan MacDonald has opened up on the horror of suffering a stroke at the age of just 21.

The young rider was rushed to hospital after collapsing in Middleham on April 1.

The stroke occurred just two weeks after he was taken to hospital following a heavy fall at Hexham on March 18.

He had just got into the car to drive his girlfriend to work when he suddenly couldn’t move his leg and lost feeling in his arm.

A stable lad of Mark Johnston’s was nearby and quickly realised what was going on. He helped MacDonald from his car while they waited for an ambulance to arrive.

Docs believe the stroke was caused by a dissection of the carotid artery – which takes blood from the heart to the front of the brain.

Macdonald told the Racing Post: “It was a few days after the fall, I’d done a bit of work at Jack Berry House that morning and I felt fine afterwards.

“I’d come home and went to take my girlfriend to work and I got in the car and had a stroke.

“I went to put my foot on the clutch and I couldn’t lift my foot up. My left arm went really heavy and weak and I couldn’t touch the gearstick or anything. And then my speech started to go as well.

“I didn’t have a clue what was going on but luckily Andy Bacon from Mark Johnston’s was on his way to work and he noticed the signs of a stroke and he got me out of the car and sat me down by the shop in Middleham and was very helpful to me.

“It was frightening but I was lucky it happened when it did, if I’d been driving home from Jack Berry House it could have been a lot worse.

“I was in hospital for three and half weeks – luckily after being in James Cook for a week I moved to a local hospital and I was allowed visitors once a week so my mum, dad and girlfriend came.”

MacDonald, who is attached to the Micky Hammond yard and has ridden three winners in his short career to date, is aiming to return to the saddle in the autumn.

Macdonald continued: “I’m making good progress and I’ve started going running most nights to get my fitness back.

“I go into the yard a few times a week to watch the horses on the gallops and that keeps me busy.

“I’ve been going to Jack Berry House in Malton and I had a couple of weeks at Oaksey House in Lambourn, where I did a lot of hydro pool work, getting the strength back in my leg and my arm on my weaker side.

“They have been a massive help. So have Micky, my friends and family, my girlfriend and everyone in the yard, they’ve given me a lot of support.

“I have a scan at the end of September and, if that’s all clear, once I’m back to full fitness I hope I’ll be able to ride again on the track, maybe in October or November.”

Did you miss our previous article…
https://www.sportingexcitement.com/horse-racing/watch-agonising-final-jump-drama-as-winning-horse-is-disqualified-and-runner-up-awarded-race-at-stratford