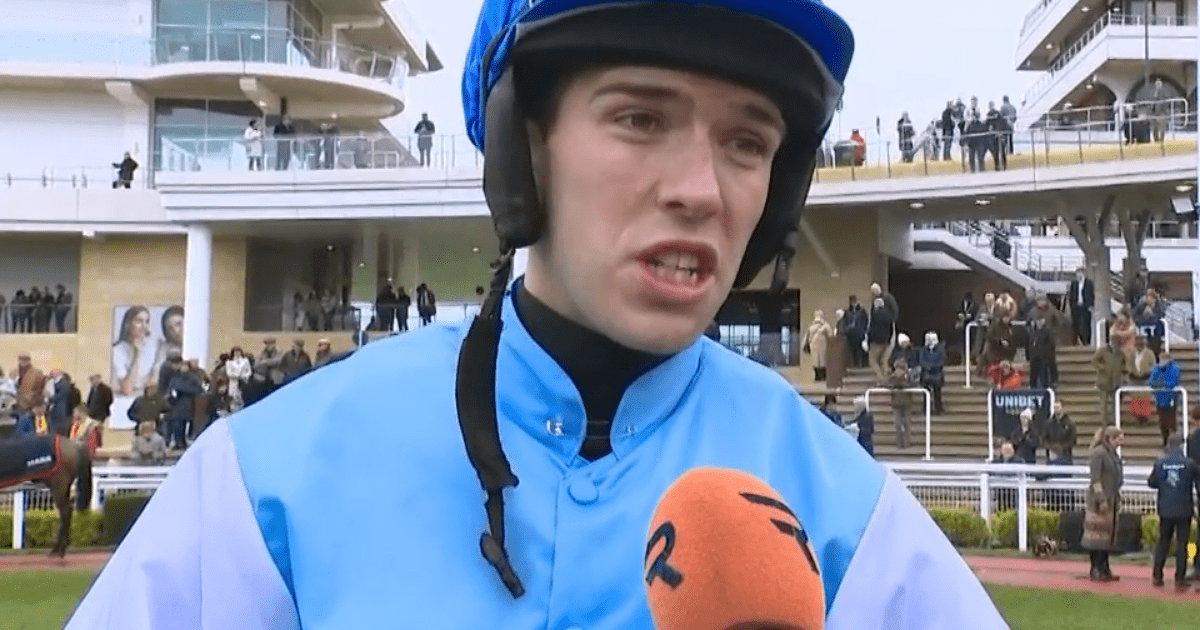 JOCKEY Chester Williams is in intensive care after suffering a terrible fall at his family’s stables.

The 25-year-old rider, who has ridden 38 winners for mum Jane, was airlifted to hospital after coming off a horse on Tuesday.

She told the Racing Post: “Chester had a schooling accident at 9am yesterday and was airlifted to Derriford Hospital in Plymouth.

“There are no broken bones but he is in intensive care, where he is stable and comfortable.

“People will want to know because people care but there obviously can’t be visitors at the moment.”

Williams has 54 winners over jumps in the past five seasons and earnings on the track of just over £630,000.

He was ‘schooling’ a horse at the family’s Culverhill Farm yard in north Devon when he fell.

On Williams’ most recent ride just a week ago he finished fourth on 6-5 favourite Gingembre Menthe, a horse trained by Jane.

Williams is due to become a joint-trainer with his mum next season.

His biggest winner came in October 2019 when he brought home £31,280 for victory on Monsieur Lecoq in a Class 2 hurdle race at Ffos Las.

That win was worth £12,529 and both victories came on horses trained by his mum.

One said: “Awful, just awful. Sending prayers and positive thoughts to Chester and everyone around him.”

Another wrote: “Keeping our fingers firmly crossed for a speedy recovery.”

One comment read: “Chester is a great guy. Wishing you a speedy recover.”

And another said: “Wishing Chester a speedy recovery. A great chap both in and out of the saddle.”