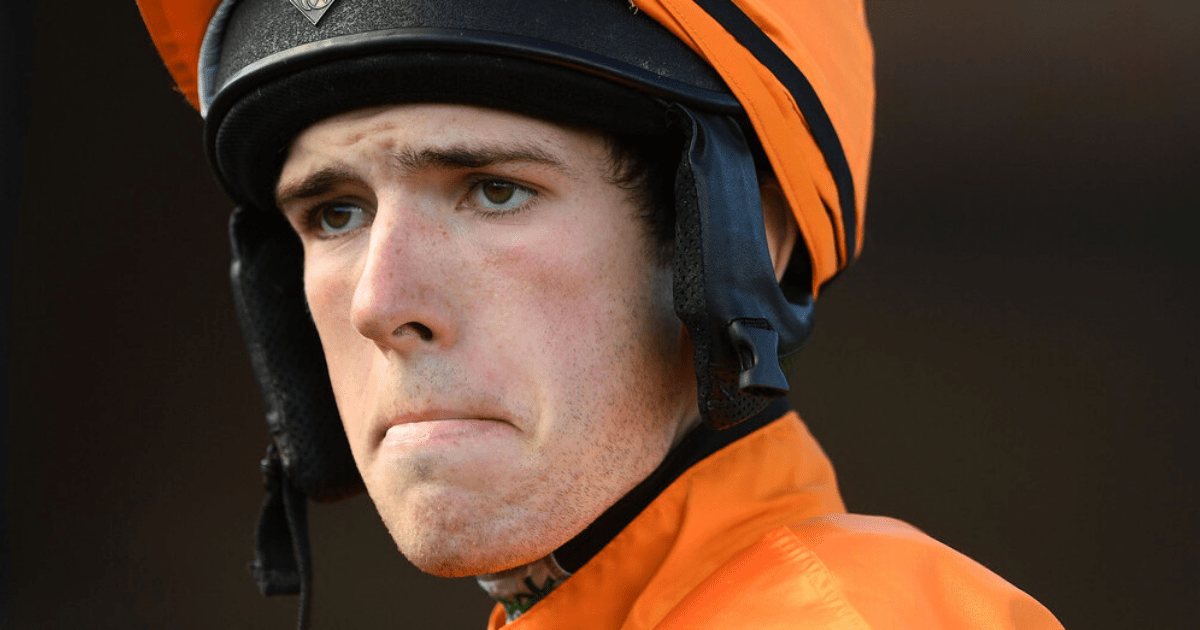 JOCKEY Chester Williams is “slowly improving” in intensive care after suffering a devastating fall at his family’s stables.

The 25-year-old rider has ridden 38 winners for mum Jane.

But he had to be airlifted to hospital after coming off a horse on Tuesday.

He said: “Chester is still in intensive care but the great news is that he is slowly improving, he’s come round a few times.

“The family just want to let everyone know and thank them for the well wishes they have received.

“They actually read out the wishes to Chester and they feel it’s helped them so they want to say thank you to everyone for their concern.”

Host Ed Chamberlin added: “We wish Chester the best, it must be so difficult. We hope for more good news.”

Williams has 54 winners over jumps in the past five seasons and earnings on the track of just over £630,000.

He was ‘schooling’ a horse at the family’s Culverhill Farm yard in north Devon when he fell.

On Williams’ most recent ride just a week ago he finished fourth on 6-5 favourite Gingembre Menthe, a horse trained by Jane.

Williams is due to become a joint-trainer with his mum next season.

His biggest winner came in October 2019 when he brought home £31,280 for victory on Monsieur Lecoq in a Class 2 hurdle race at Ffos Las.

That win was worth £12,529 and both victories came on horses trained by his mum.