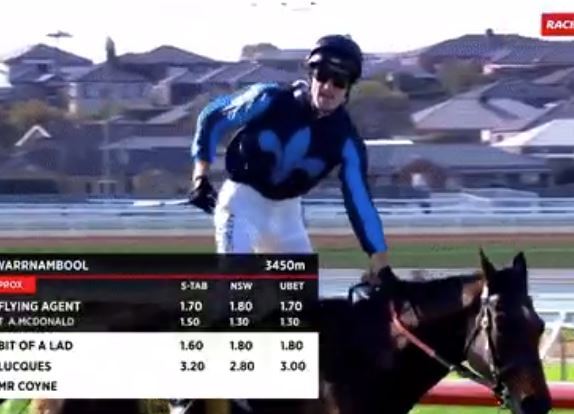 A JOCKEY has bizarrely been fined for celebrating on a winning horse before it crossed the line.

Australian rider Darryl Horner Jr – who admitted he was ‘s****ing his pants’ with nerves before the race – was cruelly docked a quarter of his winnings by killjoy stewards.

One punter has offered to put his own money towards paying off the financial punishment, which was deemed ‘laughable’ by another shocked racing fan.

Horner Jr filled in for his injured brother Lee on plum ride Flying Agent in the Brierly Steeplechase at Warrnambool in Victoria on Tuesday.

The horse – who started as strong favourite – travelled sweetly through the £83,000 feature race and ran out a convincing winner.

But the stewards took a dim view of Horner Jr’s wild celebrations before passing the post.

With the line in sight, the jockey was seen on TV rising up from his irons and pointing down repeatedly in joy at the horse.

The jockey then punched the air and screamed in delight, turning to the crowd to bask in his moment of glory.

However, stewards were unimpressed and fined the jockey £555 ($1000 AUD) – quarter of his winnings from the race.

Punters could not believe it and lashed out at the ‘fun police’, while one offered to cover part of the fine. 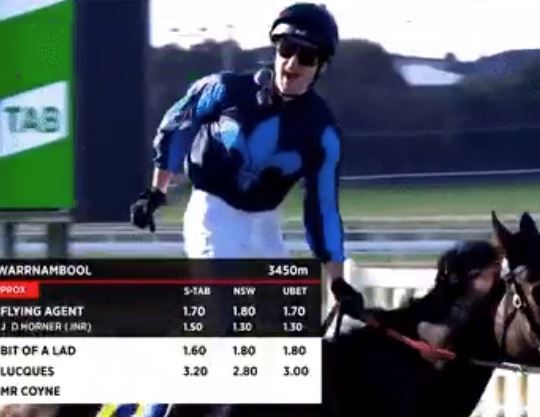 Punters could not believe the jockey had been fined 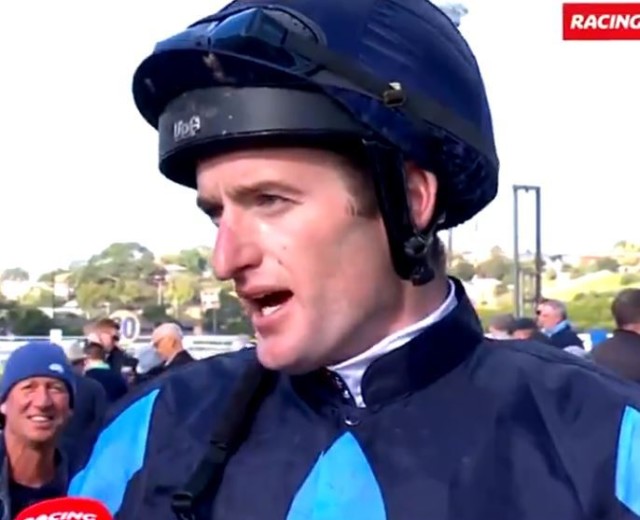 Horner could not contain his emotion as he rode the winner

One social media user wrote: “I’ve got $100 to help pay the fine. Anyone that knows him can you get him to get in touch.”

Another commented: “Let them get excited ffs.”

While one comment read: “$1000. Absolutely laughable. Can’t have fun or enjoy any celebration. The fun police at it again.”

Explaining his actions, Horner said: “It got pretty emotional over the line because Lee and Amy (McDonald, the trainer) work pretty hard and I know Lee loves this horse.

This is what it means to win a Brierly.

“It’s one of his favourites but he obviously couldn’t ride him, so it’s rewarding that it could be me.

“He fell off at Terang and broke his ankle in two places. Obviously, he did all he could to be back and realised he couldn’t be, so I stepped in, rode he horse in a couple of trials and won on him at Hamilton and now here we are.”

Horner was also hit with a £166 fine for excessive use of the whip in an earlier race.

In an unrelated incident, fellow jockey Ben Allen was fined just over £1,000 for taking a phone call during a meet.