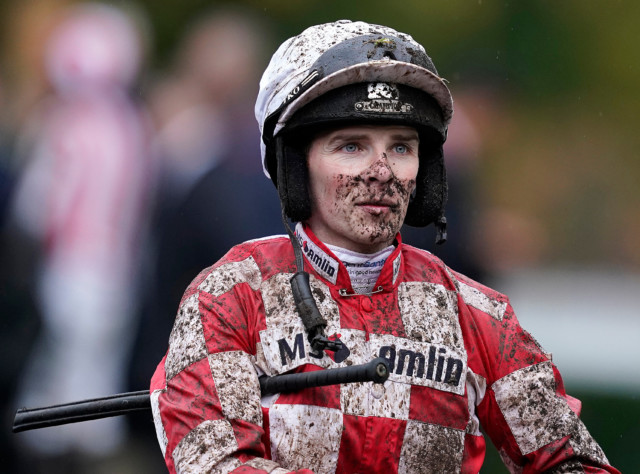 A JOCKEY was left shocked after finding his BMW had been stolen in a ‘professional’ job while he competed in a race.

Stunned Micheal Nolan said he was in ‘disbelief’ after returning to the car park to find another motor where he had parked his own.

The jockey lost more than £3,000 of equipment in the raid, with police still unable to locate the car after it was pinched last Friday.

Nolan had just one ride on the card at Market Rasen.

It was when walking back to the car park to drive off that Nolan noticed his car keys were missing.

Nolan, who is based more than four hours from Market Rasen racecourse in Lincolnshire, had to hitch a ride home in Hobbs’ horsebox.

There is no CCTV of the incident and there is no suspicion of a break-in.

The jockey told the Racing Post: “I came out after riding, I knew exactly where I parked it and when I went back I saw a silver car in the same space.

“They knew what they were doing and police told me they’d know there was no CCTV so they were professional about it.

“I had £3,000 worth of riding gear, racing saddles and everything else, so that’s all gone as well.

“I’d say that’s the most annoying part as I’ll have to try to replace all of that.

“I’ve had some of it since I started riding, it’s like a builder losing his tools.

“I’m not sure what my next steps are yet, I’ll need to speak to my insurance, but I’m busy racing so I’ll need to have to have another car soon.”

Market Rasen’s general manager Nadia Powell said there were no intruders into the weighing room and no suspicious activity in the car park.

She said: “It wasn’t a break-in so sadly it was not discovered by our team outside, I think it was a case of taking the keys and driving away.”

There was a small silver lining, however, as Nolan recorded a 9-1 winner at Southwell on Tuesday.

In this article:Market Rasen, Southwell