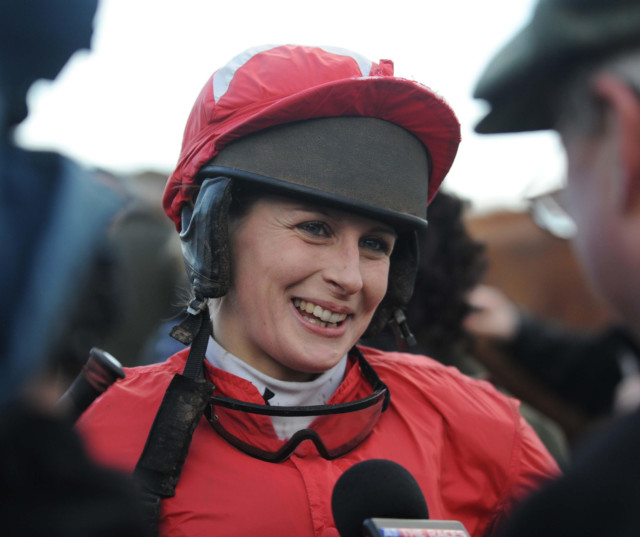 ISABEL TOMPSETT is the jockey who ‘died twice’ in a sickening fall – but miraculously lived to tell the tale.

The entire racing world was rocked when Isabel hurtled head first from her mount at Fakenham in May 2011. 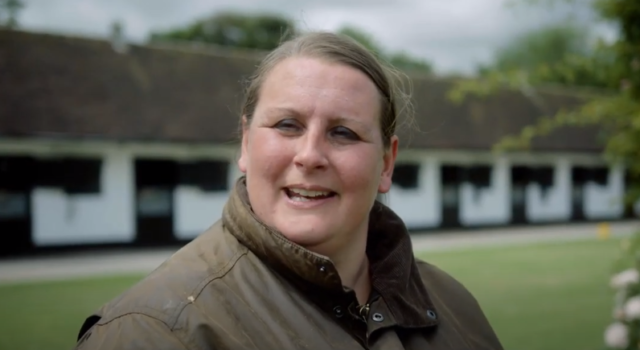 But now, ten years on, after an amazing recovery that has included botox injections to the eye and a new hip, she is loving her second shot at life as an equine vet.

That Isabel can once again be with the animals she loves so much is incredible in itself.

Especially given mum Bridget prepared for the worst after being told of her daughter’s awful incident a decade ago.

Everything turned to black on that sunny day as Isabel’s skull smashed into the turf at 40mph.

On commentary, a shocked Derek Thompson repeated three times how bad the fall was.

No one was to know until later that Isabel twice had to be resuscitated after she stopped breathing.

The horse, Leopold, rolled on top of her, breaking her nose and collarbone.

Medics were next to her within 30 seconds and, after being rushed to hospital, it was then Bridget got the call every parent dreads. 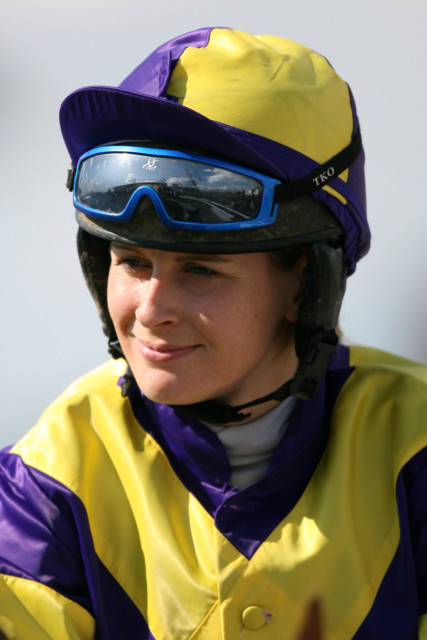 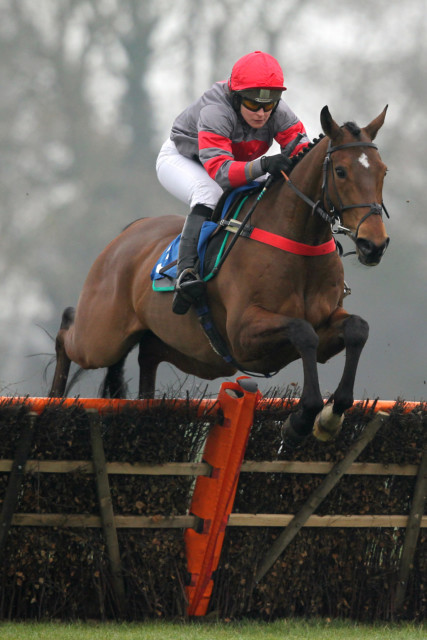 Isabel was champion amateur jockey in the year before her fall 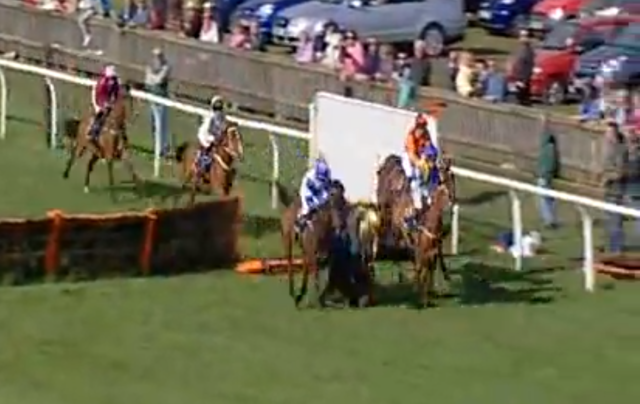 Tompsett smashed into the turf at 40mph

She said: “It was absolutely horrific. Fakenham racecourse rang me up and told me Isabel had had a horrendous accident and that she had died twice on the racecourse.

“They had taken her to Norwich Hospital and they said, ‘you better get in the car and get here but we can’t guarantee she will be alive when you get here’.

“Nobody wants that call.

“When we were half-way there they transferred her to Addenbrooke’s Hospital in Cambridge.

“We got there at midnight and she was lying there with tubes and holes in her head and wired up to six machines.

“Two nurses were looking after her all the time.

‘They told me she may never recover’

“There were about six of us sleeping on the hospital floor. I just dropped everything to be with her.

“Isabel’s eyes were open but there was nothing there. They told me she may never recover from how she was. “

Isabel – who was put on life support – can’t remember any of it and only knows what happened from being told by family and friends.

She said: “I had severe brain damage and fractured my back in three places – they healed when I was in a coma.”

Isabel, who rode 23 winners, spent two months in a coma and was then transferred to Neath Port Talbot Hospital in south Wales.

It was there the former amateur champion jockey showed her first signs of an incredible recovery. 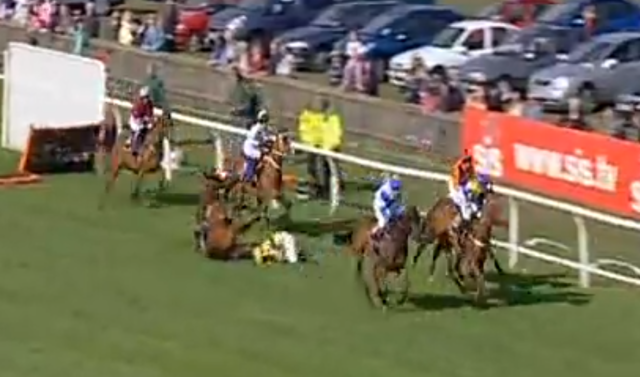 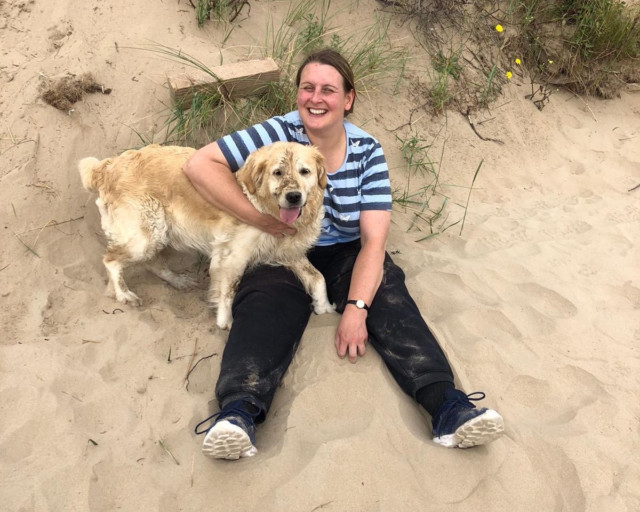 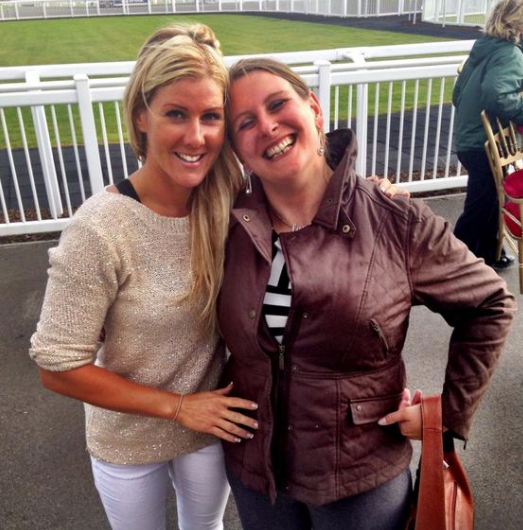 Isabel with a friend at Ffos Las racecourse in Wales, where she still likes to watch racing

She said: “Apparently – and I don’t remember this – when I had just come round from the coma, I still looked like I was in one because I was a complete vegetable.

“The physios couldn’t get anything out of me

“But then one day someone walked through the ward with a blind dog for the guide.

“As soon as it walked past, I lifted my hand out to stroke it.

“The doctors couldn’t believe it. They rang my mum and told her to get me a dog.

“From there, the Injured Jockeys Fund got in touch and bought me a golden retriever, who I called Primrose Lily.”

The doctors at the neurorehabilitation centre and loyal Primrose Lily gave Isabel the drive to recover, and a year later she walked out with her dog on a lead. 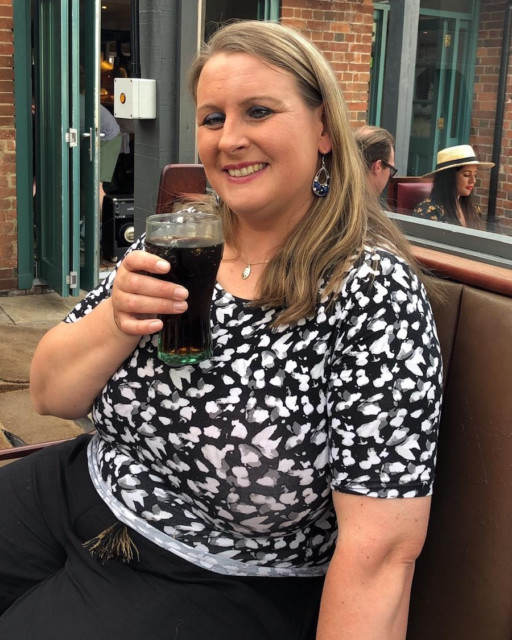 Isabel’s miraculous recovery is an inspiration to others

Incredibly, in 2015 Isabel even returned to the saddle, but a return to racing full-time was not on the cards.

Nowadays she has no sense of smell and can’t remember anything from about two years before her fall – even five years before is a bit sketchy.

But she does recall her childhood, teenage years and college, where she learned the basics of becoming a vet – the job she had when her life was changed.

That’s where her focus lies now, after a fall in the house three years ago led to a full hip replacement and ended her dream of riding again.

Isabel, 38, from Llandeilo, Carmarthenshire, said: “I can’t ride a horse anymore. If I fall – which happens whichever horse you ride – and I land on my leg I’ll lose my leg.”

Isabel would not be where she is now without the tireless efforts of staff at Oaksey House in Newmarket, home of the IJF, and in particular Clare Hill. 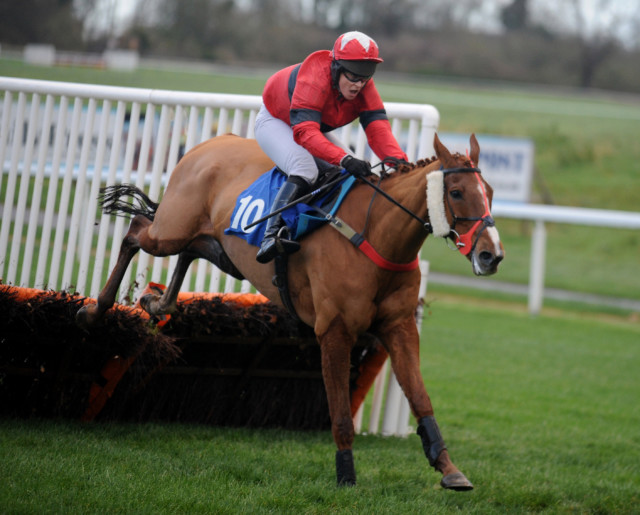 There, under expert guidance, jockeys can go through all kinds of physical rehab on the path to recovery – and, as it turns out, even be matched up with a future partner.

Isabel met boyfriend and fellow former jockey Thomas Farrell during one of her stints in recovery there.

She said: “I could just about limp to The George, the pub 200 yards from Oaksey House.

“When he was at the bar we got talking and I found we had so much in common and we just took it from there.”

Thomas calls Isabel his ‘walking miracle’ and an ‘inspiration’ to anyone going through a similar recovery.

The racing community – including legends such as AP McCoy – has cheered her on every step of her path back to normality.

For Isabel though, like her favourite animals, it’s just another hurdle to overcome.

She added: “I’m a tough cookie. It goes without saying!”

Did you miss our previous article…
https://www.sportingexcitement.com/horse-racing/cheltenham-festival-2021-kim-bailey-stars-imperial-aura-and-first-flow-on-course-for-ryanair-and-champion-chase