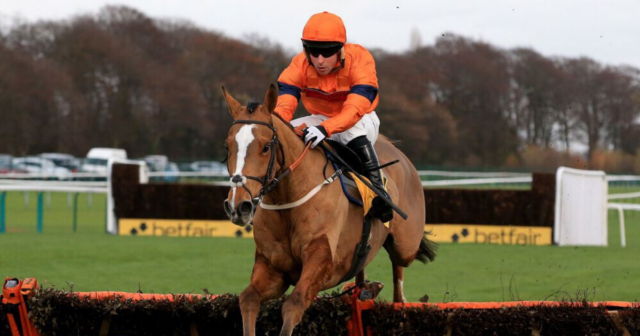 JOCKEY Joe Colliver has been slapped with a six month ban after testing positive for cocaine.

The rider was TEN times over the limit when supplying his sample at a fixture in February.

Colliver, 30, – best known for his partnership with Sam Spinner – has not ridden since that meeting at Wetherby.

The jockey will be able to reapply for his licence from September 3 as his ban started when he stopped riding.

The British Hearing Authority (BHA) handed out the punishment at hearing this afternoon.

It’s not the first time Colliver has hit the headlines for the wrong reasons.

In 2016, he was jailed for three months after crashing his car when over the drink-driving limit.

He had attempted to get a pal to cover for him but was caught out.

Then in May 2019 Colliver was again caught over the drink-driving limit and banned from driving for another 40 months.

His hearing nearly clashed with the Cheltenham Festival and his big ride on Sam Spinner in the Stayers’ Hurdle.

But fortunately for Colliver the hearing was deferred.

A number of jockeys have been banned for testing positive for cocaine in recent years.

Champion jockey Oisin Murphy returned from a shortened ban earlier this year, while the likes of Kieran Shoemark and Benoit de la Sayette have also been sidelined.