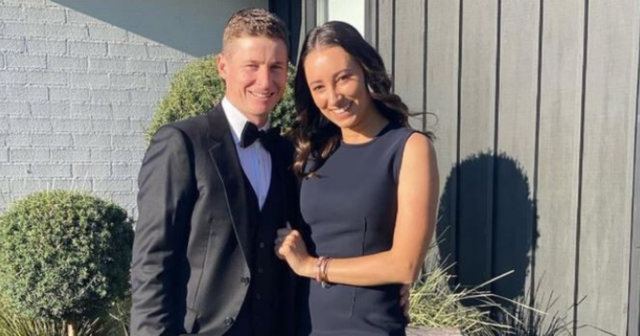 A JOCKEY labelled the ‘Muhammad Ali of racing’ completed a mindblowing 212,500-1 double alongside his glamorous girlfriend.

But it was his next feat that truly beat the odds – as he landed a hole in one on the golf course.

The odds of an amateur golfer aceing a par three are a massive 12500-1.

But put that in a double with his Melbourne Cup win and McDonald, whose girlfriend and former jockey Katelyn Mallyon was with him, was celebrating a double with crazy combined odds of 212,516-1.

He said: “The other day I drop him a phone call, thought I better touch base after he rode a winner for us (Minhaaj) during Cup Week, I better congratulate on what was a momentous week for him.

“He’s clearly having a walk and chatting away and all of a sudden there was a bit of a commotion and he starts yelling and swearing and screaming.

“So, I FaceTimed him and there he is plucking his golf ball out of the hole and he’d just had his first ever hole in one.

“The man is a freak.

“He’s wandering around looking for the ball and Katelyn was walking the dog alongside with him having a hit and says, ‘hey darl, I think the ball is in the hole’.”

Australian racing Hall of Famer Malcolm Johnston reckons McDonald, 29, could break all the records in the sport Down Under.

Johnston believes McDonald – who he has likened to The Greatest – is worth up to three lengths on his rides compared to his rivals.

He said: “The biggest asset any racehorse can have is James McDonald.

“I see him do things in races that I wish I could have been able to do. He just makes things happen. The way he is going, he will break all the riding records.

“James is the Muhammad Ali of jockeys. He’s as good as the best I’ve ever seen and the scary thing is he’s only 29.

“James will be the greatest of all time.” 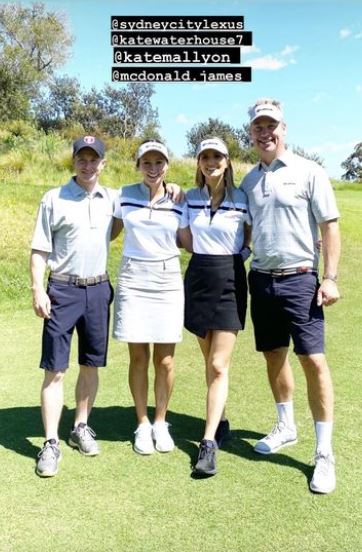 The couple, on the left of this photo, love their golf and their racing