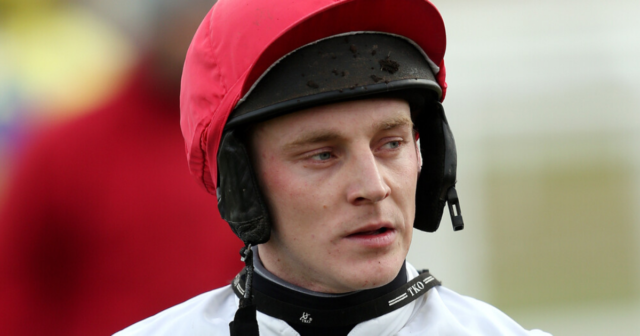 But his long-term prognosis remains unclear owing to a brain injury, his mum said in a statement.

Jumps star Griffiths, 31, was behind the wheel of a BMW when it smashed into a tree near Exmoor in Somerset on October 3.

The passenger, a 27-year-old male, was killed in the single-vehicle crash.

Griffiths, a Grade 1-winning jockey, has since been transferred to Musgrove Park Hospital in Taunton from Southmead Hospital in Bristol to continue his recovery.

Mum Christine said he is starting to recognise family members and remains stable.

But docs cannot be certain of his long-term wellbeing.

In a statement released by the Injured Jockeys’ Fund on Tuesday, his mother Christine said: “Matt remains in a stable condition. We think he is now able to recognise close family members, but doctors are not yet sure of Matt’s long-term prognosis due to a brain injury.

“We have received so many messages of support and really are extremely grateful to everyone who has contacted us.”

Avon and Somerset Police are appealing for witness to the accident and said in a statement at the time of the incident: “We’re investigating a single vehicle fatal collision which happened on the B3224 at Exford on Sunday.

“At about 8.45pm, a BMW 430 with two occupants was in collision with a tree. The passenger, a 27-year-old man, sadly died at the scene from his injuries.

“The driver, a 31-year-old man, suffered a serious head injury and was taken to hospital. The road was closed while an investigation was carried out at the scene, and re-opened at just after 4.30am on Monday.”

Griffiths has notched 139 races in his career, the highlight being victory aboard Dashel Drasher in the Ascot Chase earlier this year.

Did you miss our previous article…
https://www.sportingexcitement.com/horse-racing/cheltenham-festival-glory-awaits-runners-like-minella-indo-and-envoi-allen-on-mega-down-royal-card-on-saturday

In this article:Ascot, Cheltenham, Taunton