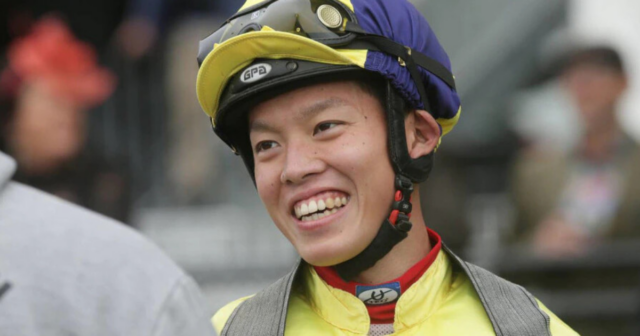 RACING has been plunged into mourning after a jockey known as ‘Tiger’ sadly died aged 28 after a horse trampled on him.

Very sad to hear the news Taiki Yanagida passed away at Waikato Hospital from a race fall at Cambridge last Wed.
Here are photos I took of Taiki winning earlier on the day.
So sad
RIP Taiki. pic.twitter.com/3OODjJJyqn

Yanagida had been racing at Cambridge last Wednesday when his mount Te Atatu Pash stumbled and fell in the final race.

The jockey’s own horse fell on top of him and then he was ‘galloped on’ by another runner following closely behind.

Yanagida’s helmet came flying off in the incident and the other horse had no time to move out of the way.

The jockey suffered catastrophic brain and spinal cord damage in the devastating incident.

The New Zealand Herald report Yanagida’s back was so badly hurt that even if he had regained consciousness he almost certainly never would have been able to walk again.

The jockey died with his mother Kayano and one of his two sisters by his side in Waikata hospital.

They had rushed from their native Japan to be by his side as he battled for his life.

Former New Zealand rugby star Israel Dagg was among the first to pay tribute to the tragic jockey.

He wrote on Twitter: “RIP Taiki Yanagida. Although we never met it hurts.”

“We will certainly miss that smiling face! RIP.”

Yanagida told Raceform just two months ago how his mother never wanted him to be a jockey and that she prayed for his safety every day.

He said at the time: “I wanted to try and become a jockey but my Mum didn’t agree, she said I must to go to university first.

“I completed one year at university before I said I was going to Australia to train to be a jockey.

“Now my mother is happy for me, she knows I am doing what I always wanted to, but she still worries about me and is always going to the temple to pray for my luck and safety.”