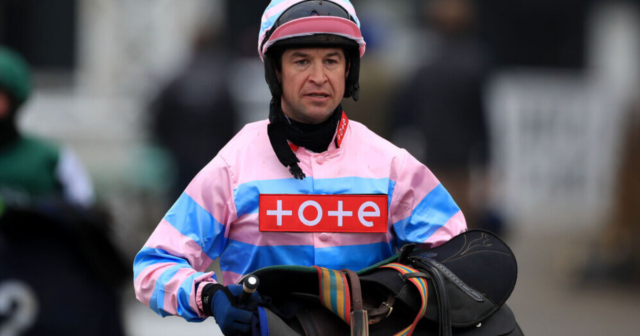 ROBBIE DUNNE has lodged an appeal against his 18-month ban for bullying Bryony Frost.

He was initially set a deadline of January 13 to appeal his suspension, but racing chiefs granted him an extra week to make his decision.

Dunne’s lawyer Daryl Cowan said the rider would not be making any comment before the appeal hearing begins.

He said: “Robbie has maintained a dignified silence throughout and he will continue to do so.”

Cowan said the BHA had not yet relayed to him or Dunne a potential date for the hearing.

But he accepted that there is a risk of further penalties if the appeal fails.

He added: “It is in the BHA rules that they can increase penalties at an appeal hearing, and they can award costs against.”

It is unclear if Dunne’s legal team plans to submit any new evidence at the appeal hearing.

But he faces an uphill battle to get his suspension overturned if the judicial panel’s written reasons are anything to go by.

When summing up their decision earlier this month, the panel said: “In this case we were not troubled by any borderline decision on either guilt or sanction.

“The threshold was plainly crossed and this case overwhelmingly called for a penalty of some potency.”

After six days of evidence at the original hearing, Dunne was found to have engaged in conduct that was “prejudicial to the integrity, proper conduct and good reputation of racing”.

The panel found that he had subjected Frost to a campaign of bullying from February to September 2020.

In that time he used foul and abusive language towards Frost and made several threats of violence, including telling her he would put her “through a wing” of a fence at Southwell.

Frost also revealed during the hearing that, earlier in her career, Dunne had exposed himself in front of her in the weighing room at a racecourse.

She said: She said: “I remember Robbie through my amateur career being inappropriate to many of us.

In a statement on Thursday, the BHA said: “The independent judicial panel has received an appeal from the representatives of Robbie Dunne in relation to the finding and penalty imposed on him by the disciplinary panel after its recent hearing.

“The independent judicial panel will now convene an appeal board for the hearing and liaise with representatives of all parties regarding a potential date for the hearing, which will be communicated in due course.”