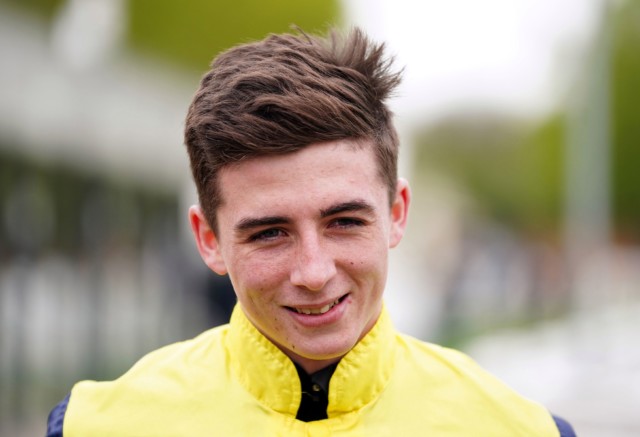 INJURED Rossa Ryan has set his sights on a miraculous Royal Ascot return.

The 20-year-old broke his collarbone in a fall at Wolverhampton on Wednesday after a red-hot start to the campaign.

Ryan has 15 winners to his name already this campaign

He sat second to Oisin Murphy in the jockeys championship at the time and had hit the ground running with some exciting two-year-olds to look forward to at the Royal meeting.

Despite the horror fall, Ryan is already on the mend.

He joked: “I’m okay, I’m not going to die or anything! Things could be worse.

“I’m a sling and a bit sore but I’ve just booked my first rehab session in on Tuesday at Oaksey House.

“Collarbones normally take a month or two to heal but you never know, I’m not ruling Royal Ascot out at all.

“If I make it, I make it. If not, there are plenty more days to look forward to.”

Ryan has linked up with growing operation AMO Racing this spring and has already booted home 15 winners.

The Irishman had been looking forward to carrying his momentum into the next months.

He continued: “There’s never a good time to get injured, but with the start I’d had it makes it that bit more frustrating.

“I’d ridden plenty of winners but also some nice horses and if having those to look forward to can’t get me through these next weeks then I might as well give up.

“Albaflora looked a star last time I rode her and then all the two-year-olds with AMO and George Boughey and the like.

“I’m not giving up at all and will try my best to be back for Ascot, you never know.”