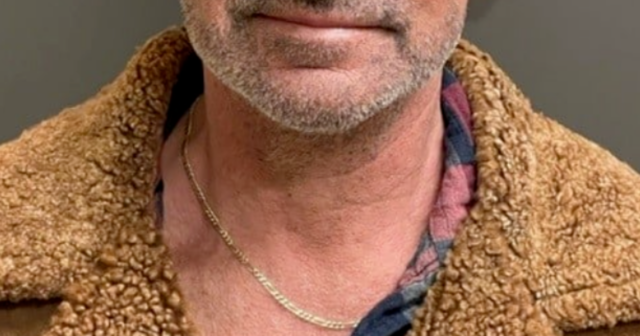 A JOCKEY smirks in a mugshot after being arrested on alleged strangulation and domestic battery charges.

Kent Desormeaux, 51, is a Hall of Fame rider and has won £217million during his career in the States.

Desormeaux smirks in his mugshot after being arrested for domestic abuse battery/strangulation, according to police

But the three-time Kentucky Derby winner suffered his latest brush with the law in Louisiana on Friday.

“Desormeaux was arrested, booked and transported to the St Martin Parish Jail on the above mentioned charge.”

Desormeaux has a lengthy history of struggles with alcohol and the law.

In 2011 he pleaded guilty to disorderly conduct after driving his car into a security guard at Saratoga racecourse in New York.

One week after winning £612,000 in the Preakness on Exaggerator in May 2016 he checked himself into rehab.

Eight days later he was out and returned to racing.

But in 2020 he was given a 15-day ban for using a racial slur against a black cameraman, which led to the two fighting.

Desormeaux then entered a long-term rehab clinic, according to Daily Racing Form.

The jockey, who is from Maurice in Louisiana, has ridden more than 6,000 winners.