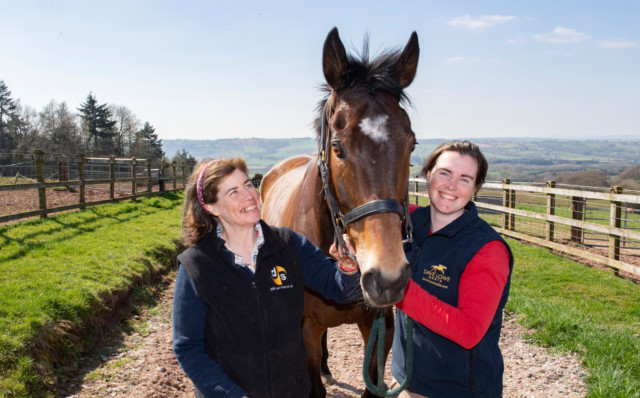 IT WILL be a proper family affair when Sub Lieutenant lines up in Saturday’s Grand National.

Former champion amateur Tabitha Worsley will get the leg up on the veteran chaser – who is trained by her mum Georgie Howell and will be led up by her brother.

The 12-year-old has been there, done it and is the proud owner of several t-shirts, with 47 starts and the thick-end of £400k in earnings under his belt.

And the mother-daughter combo will be drawing on all of his big-race experience when he tackles the world-famous Aintree steeplechase this weekend.

It is uncharted territory for Worcestershire-based Howell, who trains just six horses and is still seeking her first winner under Rules.

But Worsley has at least tasted success over the big National fences, when landing the Foxhunters on 14-1 shot Top Wood in 2019.

She told Sun Racing: “Sub Lieutenant and I have both got good Aintree form 24 hours apart.

“I won the Foxhunters in 2019, and the day after he gave Rachael Blackmore a great spin to finish second in the Topham.

“So if we can combine our form around those fences, you never know!”

But Sub Lieutenant, who was a dual Grade 2 winner in his pomp, became a Grand National contender by accident.

He was sold out of a huge dispersal of Gigginstown House Stud horses last year, and was originally bought to target the valuable Veterans’ Final at Sandown in January.

Worsley explained: “We didn’t set out to buy a Grand National horse. We train moderate horses that we pay a few grand for.

“But as a family we thought it would be great to have a high-class horse who we can run at the big meetings.

“The target was the Veterans’ Final at Sandown, but he had a little setback, we ended up running at Ascot when he was a nice fourth, and then this became the plan.

“This could be the only opportunity we ever get to have a runner in the National, so we are going to grab it with both hands.

“My brother and sister-in-law will lead him up, because he gets very excited before his races and he needs two people to try and keep him under control!

“We are a proper little family team, and just to have that support – all of us going there together – it’s amazing.” 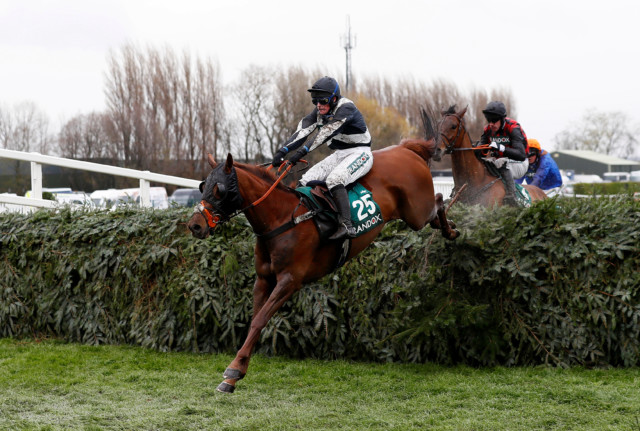 Worsley won the 2019 Foxhunters at Aintree on Top Wood

Worsley, who turned pro after her Foxhunters success two years ago, is taking things in her stride as she attempts to become the first female rider to win the National.

But the same cannot be said of her mum!

“Mum is terrified! In her words, she will be a quivering wreck on Saturday,” Worsley said.

“It’s a double-whammy for her because she has got the horse and the jockey to worry about.

“The horse can be a little sod at home some days, but we absolutely adore him and he is already a part of the family.

“It’s an amazing opportunity for mum. She runs an engineering business for a living so this is purely a passion for her.

“We never dreamt we could have a horse good enough to run in the race.

“I’m fairly relaxed about it all at the moment. I’ve just got to make the most of the opportunity and enjoy it, because it’s the biggest jumps race in the world.

“Hopefully as a family we can take it all in and make the most of what could be an amazing day.”

And Worsley reckons there is still plenty of life in the old horse yet.

She added: “I’m telling you, he doesn’t feel like a 12-year-old, he behaves like a horse half his age.

“He hasn’t lost any of his enthusiasm for the game, he is very playful and in great form at home.

“We have been chuffed to bits with him this year, and he has loads of back-class.

“It’s not impossible that he could go to Aintree and run an absolutely massive race. Whatever happens, he has a home for life with us.”