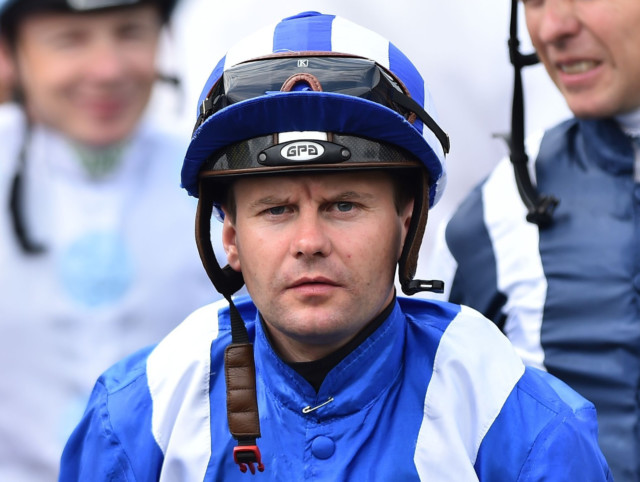 A JOCKEY who ‘tore away 2cm’ of his stomach in a shocking stalls incident is nearing a return to racing after 18 long months.

The 35-year-old had pleaded with the starter not to let the horses go in the 6f sprint after getting tangled up with his horse.

But his calls were not heard and when the gate opened Jones, who has ridden almost 500 winners, also twisted his leg after getting it caught.

Jones needed a cortisone injection – which can cost up to £1200 – as part of his recovery.

But now his battered body is back to normal and he is hoping to resume his racing career next month.

Jones told the Racing Post: “It’s been a long road back since that night at Chelmsford when, as well as damaging my hip, I also tore away 2cm of my stomach which has taken forever to recover.

“I did always want to come back but at one point it just wasn’t getting any better and I did a bit of shadow stewarding just in case.”

Recalling the incident, which at the time seemed innocuous, Jones said: “The horse was messing around and she had her head over into the next gate.

“I shouted to the starter not to let them go but after I’d straightened her up I somehow caught my foot on the side of the gate and when she jumped I twisted my leg round which was pretty painful.

“I stayed on board and rode the race on adrenaline I reckon but afterwards I was in a bad way.”

Jones has since managed to keep his body in tip-top shape after riding work for esteemed trainer William Haggas.

He is aiming to be back among the winners in March after making sure he did not pile on pounds in his recovery.

Jones added: “It’s been a long road back but I’m in good shape now and have my weight down to 8st 1lb which is light for me, I’ve been training hard at Peter O’Sullevan House in Newmarket.

“William had always wanted me to come back and hopefully I could be back race-riding next month.”

Advertisement. Scroll to continue reading.
In this article:Chelmsford, Newmarket