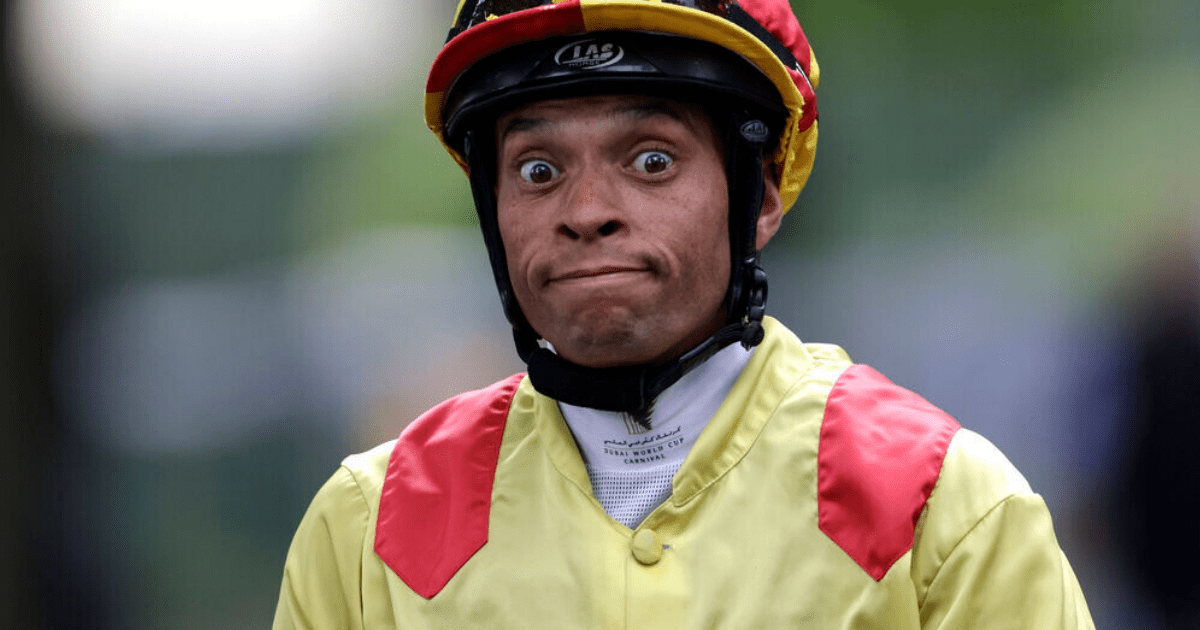 IT’S been a year to forget for racing’s overlords at the BHA.

Mind you, the events of the last few months would even make the hapless Basil Fawlty cringe.

Let’s not forget, they started the year thoroughly p***ing jockeys off when making changes to their riding weights without consulting them.

Then Robbie Dunne had eight months shaved off his bullying ban by an appeals board panel who appeared to have been teleported from the 70’s, prompting them to launch a root and branch review.

In June, chief exec Julie Harrington baffled the entire industry when voting against her own proposal to cut 300 races from the fixture list.

And there have been several stewarding blunders, including the decision to punish Rab Havlin after his horse was wiped out by a terrible Jim Crowley ride at Haydock.

Fronted by former Prem footballer Jermaine Jenas, it cost £1.6 million and no-one seems to have a clue what its purpose actually is.

The good ship BHA has continued to sail on regardless, apparently obliviously, but they can’t ignore the serious flak that has been fired in their direction in recent weeks.

It started when Marco Ghiani failed a drugs test, as revealed exclusively by Sun Racing, and even the most basic request for information was met with a wall of silence.

Given the Ghiani situation is still the subject of an ongoing investigation, it’s not that big a surprise that they are sticking to their usual ‘no comment’ stance.

But in the case of Sean Levey, they need to front up and tell us what the hell happened and what they are going to do about it.

Honestly, Kim Jong-Un and his pals in North Korea are more transparent than the BHA.

He was immediately stood down, but he was flabbergasted by the result and requested a urine test.

That more reliable method of testing proved he was as clean as a whistle and that he had been the victim of a false positive.

But before he’d had the chance to clear his name, an interim eight-day ban meant he missed out on a potential £20,000 payday in the Racing League finale.

He could only watch on from home as his lead in the jockey standings and the five-figure bonus that came with it evaporated as Saffie Osborne leapfrogged him with an unlikely treble.

Not only has the temporary suspension hit him hard in the pocket, it has caused a great deal of harm to his reputation.

Surely, the BHA’s shiny new saliva tests are no longer fit for purpose?

They were only introduced this year as racing became the first major sport in the UK to adopt saliva tests to detect drugs in athletes’ systems.

Hmm, come to think of it, I wonder why other sports aren’t using them?

Word on the street is that racing chiefs are continuing to use these saliva tests, but there are murmurs of a revolt in the weighing room as jocks fear being struck down by a false positive of their own.

I’m told they are set to make a stand and refuse to be subjected to them — and the now-obvious risk which they bring.

Astonishingly, the BHA are still refusing to shine any light on the incident. No doubt because they are bracing themselves for legal action from Levey.

To top off a forgetful fortnight, they recently completed two days of urgent and intense strategy talks over the future of British racing with other industry leaders.

The result of 48 hours of brain bashing? A meaningless statement full of corporate buzzwords and an acknowledgement that change is needed at some point, one day.

I honestly think I put more effort into making my beans on toast this morning.