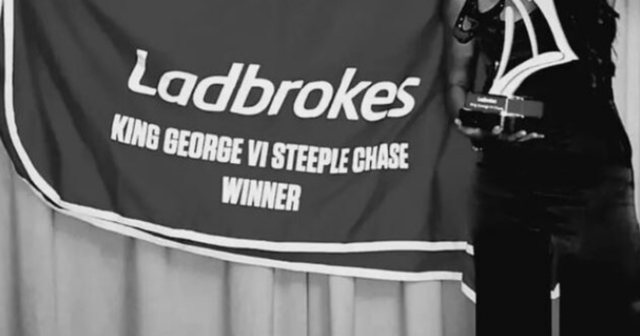 THINGS are really starting to hot up now ahead of the season – but what a great night we had looking back on the last one on Thursday.

It was the annual McCoys at Cheltenham racecourse, when the stars of the show from the previous jumping year are celebrated.

Although it did mean a hectic dash after racing at Exeter for Bob, who drove me to the bash trying to avoid potholes in the road while I put on a bit of make-up.

That’s not really one of my fortes, believe me, but when my planned ride the next day was a non-runner, let’s just say there was no danger of me being the first one to leave!

I was so proud that Frodon got Chaser of the Year.

I’ve said so many times what a privilege it is to ride him, and you can be sure I’ll be telling him again how great he is.

It was also an honour to be nominated for Ride of the Year, for the King George, because there were certainly plenty of good contenders.

Rachael Blackmore won – that’s another one for the girls! – and Paul Nicholls was top trainer, which made it a great night for Ditcheat.

Talking of Frodon, the party his owner, Mr Vogt, threw for us all at Wincanton recently was different class.

There was so much love in the room, everyone was so hyped to be letting their hair down and we’re so appreciative.

The food was great, the company was great and I spent a lot of the evening doing my best Superman impression, running around with the winning rug over my head!

As far as work goes, the atmosphere in Ditcheat this week has been buzzing, as well, with things really starting to get busy.

An A4 page full of entries tells you how busy it’s getting, and I’ve got a couple at Chepstow today in Dolos and Bathsheba Bay, which I’m really looking forward to.

Dolos always gives it his best shot, but the luck never seems to swing his way. He’s never really had his major day in the sun, because he is always so consistent.

He was behind us on Greaneteen when we won the Celebration Chase, which is what I mean. He runs in these big races and I really feel for him.

I know this is Chepstow at the start of the season, but sometimes you can catch the flare just when it’s starting to burn so we will see today.

Bathsheba Bay has a lot of horses above him in the handicap, which means we get in off a nice racing weight.

It’s a busy race, but we will throw his hat into the ring and sometimes the ones at the bottom can come through. I do know he will give it his best shot.

As ever, stay safe and keep kicking.