Jumps stable tour: Lambourn trainer Jamie Snowden lifts the lid on his growing jumps team ahead of the 20/21 season
Advertisement 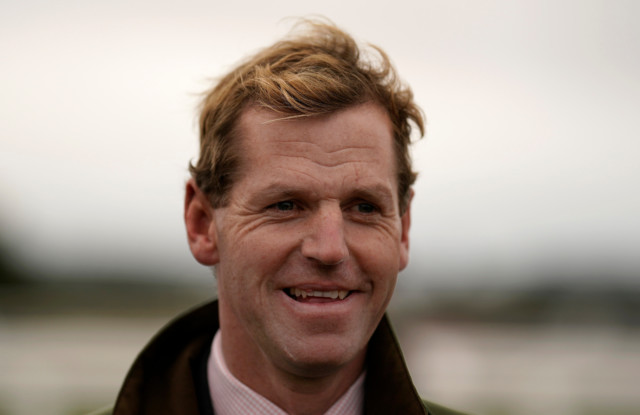 We will be bringing you plenty of stable tours in the lead-up and next in the limelight is Lambourn handler Jamie Snowden and his growing Folly House team.

“He’s been a star. He could be better still. I think we’ll go to the Welsh Champion Hurdle with him, and then possibly on to the Gerry Fielden Hurdle at Newbury.

“He could jump a fence one day but he doesn’t need to yet, I think there’s more to come from him. It didn’t happen for him in the Betfair Hurdle.

“His wind gave out and he’s had his wind down again. He would have gone to Aintree for the Grade 1 Novice Hurdle at the end of last season.

“But off 141 I think that might be quite lenient and he goes on any ground.”

“He’ll go novice chasing this year. Races like the RSA are in the back of your mind of course, possibly even the four-miler.

“Then you hope and pray he might be a National contender down the line. But he’ll be out when he’s ready which shouldn’t be too long and we’ll find a novice chase to start him off in.”

“He won the Grand Sefton last season and four in total. The plan is to go for the National again this season, everything is aimed at that.”

“He’s won seven of his 13 starts. He’s done great for us and just keeps improving. He’s in the Silver Trophy at Chepstow, but he wants slightly better ground.

“If he doesn’t go there he will go to the Grade 2 Great Yorkshire Hurdle at Wetherby on Charlie Hall day. I think it’s time to step him up in class and trip now.”

“She’s a really smart mare. She quickly won her bumper last year and was placed in a Listed race.

“We were going to go to the Mares’ Hurdle final at Newbury but that was called off. She’ll run in the Persian War at Chepstow.”

“We deemed him good enough to run in the Albert Bartlett last season. He got colic off the back of that and he’ll be a really nice novice chaser this season.

“He’s out of a sister to a National winner so chasing was always going to be his thing.”

“We’ve sent him away for a bit of rehab and some work on his jumping.

“It’s still to be decided with what we do with him entirely and whether we bring him back in or not.”

“He picked up an injury at Stratford last time which was a shame. He should have won at Bangor early in the Summer and we ran him again after that before the raise in the weights came in. He’ll be back for the spring though.”

“He bolted up at Fontwell on his chasing debut. We think he can be quite good and make up into one of our nicer types.

“He’s only four too, so there’s plenty of scope there. He will run again at Exeter this week.”

“He went from a Class 5 to a big race at Market Rasen. We got beaten a short head there, he should have won then though.

“He’s on the up though, we think he’s got a nice future and will find some similar races with him.”

“She’s on the edge of being Listed class so the aim is to try and get some black type with her this season. We’ll target away at plenty of the hurdle races for mares as they have a great programme.”

“She’s unbeaten in two bumpers. It’s always nice having horses like that that you can start to plan some races for. She’ll be a nice novice hurdler this season. We don’t need to rush anything yet but we like her a lot.”

“He won three over hurdles last season and is another novice chaser for us. He’s another that should kick on this year and hopefully we should see him in some nice races.”

“He’s one of our nicest younger ones. He goes very well at home and we have high hopes. He was only third on his debut recently but he was very green there and he’s going to improve massively off of the back of that.”

“He’s our first horse with Simon Munir and Isaac Souede. He was fourth on his debut in a bumper. He’s out of a dam we trained so it’s a nice story.”

“He won well on handicap debut and you can put a line through his run after that. He should win a few for us this season.”

“She’s an unraced four-year-old, bred nicely. She’ll be a nice stayer down the line we hope.”

“He’s a half-brother to Paloma Blue. He was fifth on debut at Fontwell but we know he’s better than that.”

“He won his only start in Ireland as a point-to-pointer. We bought him off the back of that and he clearly likes soft ground. We like him.”

“He’s a lovely young horse and has shown a bit already. I hope he can be a nice one.”