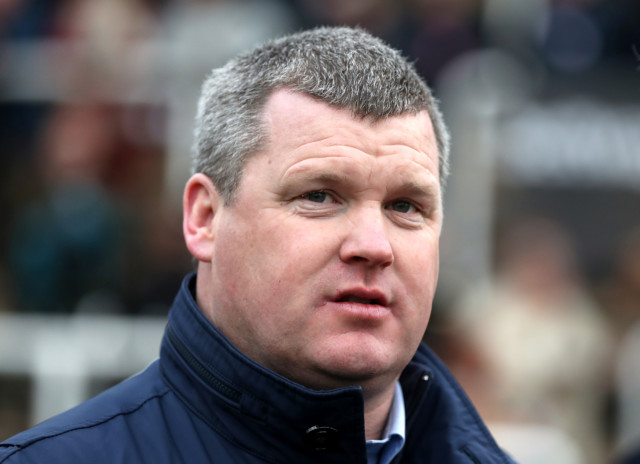 We will be bringing you plenty of stable tours in the coming days and weeks – and we start off with leading Irish trainer Gordon Elliott, who was speaking on Betfair’s latest Racing Only Bettor Podcast.

“I’d be shocked if he steps out over three miles in his novice season in the UK.

“In Ireland, there might be a chance (he tries three miles) maybe at Christmas but in England, I’d imagine if you asked me to put my hand on my heart now, his target at Cheltenham, I’d say it’s the Marsh.’’

“It was very rushed preparation to get him to Cheltenham last year and he got a little setback, as everyone knows.

“He was stiff and sore after the race. If you watch the re-run again, he loses his hind-end a little bit turning in, and he was sore.

‘’I think it might have been a blessing in disguise (not running in the Grand National) as he’s a fresh horse this year.

“He’s absolutely bouncing at the moment. I’m not sure where I’m going to start him off yet. He’s definitely going to have an entry in Down Royal in the Champion Chase (October 31) because if the ground turned up quick, you’d be nervous about running Presenting Percy or Delta Work. I’d hate to not have him entered.

“The Cross Country is a big priority for me and he’ll be trained for Cheltenham, number one, and the Grand National, number two.” 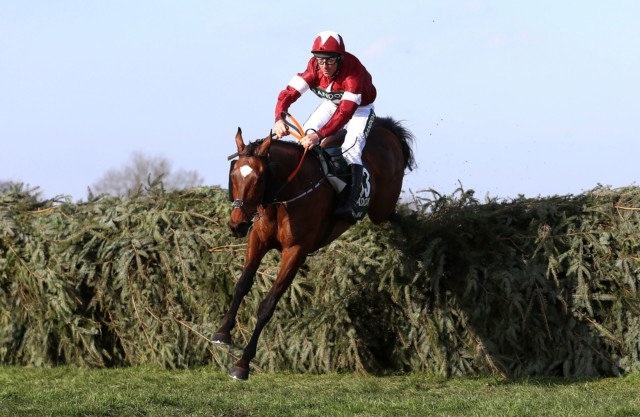 “He’s not your typical big three-mile chaser. He’s a short-coupled horse but the one thing about him is he’s got a real deep girth, so loads of room there for oxygen, and a good heart.

“We’re happy with what he’s shown us at home. He’s being trained for the Gold Cup at the moment, but I definitely have the English Grand National in the back of my mind.

“I think he’s the type of horse that would suit the race. He’s got a lot of class. He travels. He jumps. He could be a lot shorter than 33-1 on the day if he turns up.”

“I’d like to think he’d be a different class than Mick Jazz. Coeur Sublime won the WKD last year. I think that he just didn’t get the rub of the green for the second half of the season.

“So I’d like to think Abacadabras could be, with a bit of improvement, the right type of horse.”

“She’s a lovely mare. She’s done very, very well on her holidays this year. Aiden Fitzgerald trained her to win in a point-to-point and between him and Jamie Codd, recommended us to buy her at the Cheltenham sale.

“Noel Moran and Valerie Moran were good enough to buy her for me, and she’s repaid them well. She’s won her bumper and she has Grade 1 form now.

“It was a pity we didn’t get to come back to Punchestown for the listed mares’ bumper or the Grade 1 race for her.

“She jumps well. She’s a filly I’m looking forward to going jumping with. I think she could be up to holding her own even in open company, to be honest.

‘’She’ll be trained for the Mares’ Novices’ Hurdle in Cheltenham. That’s the plan.”

“I’ll probably start him off in Down Royal in the second-season novice all being well. He’s done very well on his holidays.

“He did a bit of work last week. Keith Donoghue rode him and he had a grin from one side of his face to the other. He was thrilled with him.

“Everyone says it was a great training performance to get him back to winning Cheltenham, but on the same breath, probably running him in Limerick on heavy ground was very stupid.

“I won’t make that mistake again. I think he’s just not the same horse in really, really heavy ground.

“If you asked me his aim in Cheltenham, if it was next week, I’d say it’d be the Ryanair.”

“He’s a nice horse. He’s enough pace for two miles and I think he could stay three. He’s a horse I like and there’s something about him.

“He keeps catching my eye on the gallop every day. I think he could win a nice race as the season goes on.”

“There’s a nice horse that I like. He keeps catching my eye on the gallop every morning.

“He’ll be a nice Bumper horse this year. He’s a horse called Hollow Games. he’s one that just keeps catching my eye.”