Jumps stable tours: Paul Nicholls with the latest on his big guns for the 2020-21 National Hunt season
Advertisement 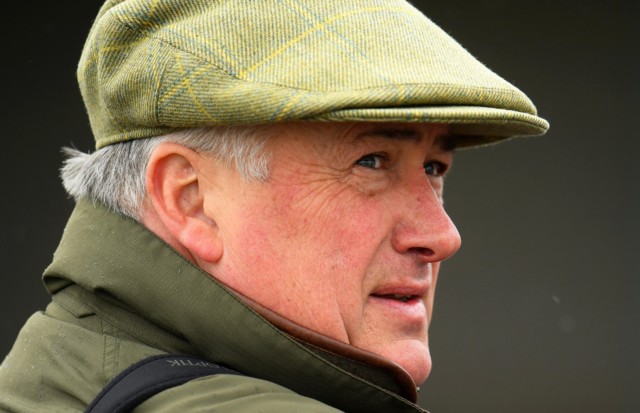 We will be bringing you plenty of stable tours in the coming days and weeks – next up is 11-time champion trainer Paul Nicholls, who was speaking on Betfair’s latest Racing Only Bettor Podcast.

“I think he’s the best he’s ever looked. He’s still only eight years old. He seems to have been around forever, but he’s eight, probably the peak of his life.

“Our target is the Betfair Chase at Haydock at the end of November, so we don’t want to get him ready too quick, but I’m very, very happy with the way he looks and the way he’s going.

“He’s not going to go back to Cheltenham whatever happens.”

“He would have run in the spring if we’d have carried on and gone to Sandown and the ground was okay.

“He’d recovered (from his Ascot fall). He was actually winded that day. He had no physical injury.

“I was fairly confident when I got to him, in that deep old ground, he’d given everything, as soon as we got some oxygen into him, the vets were brilliant, he was absolutely fine and he didn’t take long to get over it funnily enough.

“I had him cantering away and he was ready to run again, as I said, in April but obviously, we couldn’t.

“He looks great now. He’s had a great summer, he’s in as good a shape as he was this time last year.

“He’s a little bit more laid back now in his work and everything he does than he ever used to be, but he looks great and he’s scheduled at the moment to go to Down Royal because I’d love to see if he gets three miles there.” 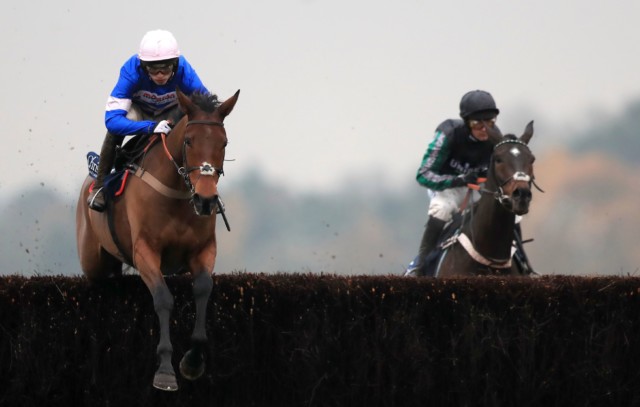 “He’s really a staying, chasing type of horse. He was bought to be a chaser, so it was just about biding time until he went chasing and, of course, we got lucky and won the Betfair Hurdle which was brilliant.

“He’s all ready to go in fencing and that’s where his future will lie I’m sure.”

“Physically, he’s done very well. He’s a big strong horse now, he’s a half-brother to Waiting Patiently, so he’s from a good family, and he was a good bumper horse for us.

“Then he went to Ascot on very heavy ground. He wasn’t right and underperformed, but because of that, he actually handicapped himself a little bit and I just thought, we’re not going to win at Cheltenham with him this year, it’s a bit too much, why not try and win the EBF Final?

“So we went to Market Rasen, won there quite nicely. He jumped brilliantly. Got a really good mark and went to Kempton and I honestly couldn’t see him being beat that day.

“It all fell into place for him. He was going to be at Sandown the week before where the ground was testing and it was abandoned.

“Going to Kempton the Saturday after Cheltenham suited him well and he loved it around there and he put the race to bed very, very quickly and easily. He’s a proper horse, he is.”

“He obviously won the RSA, won that nicely, the form was great, and it was a setback last year not being able to run him, but sometimes a big horse like him, having a year off never does them any harm.

“He’s had time to mature and he looks fantastic at the moment. I’m very happy with his prep and just need to keep him sound and well and head off to Newbury (for the Ladbrokes Trophy).

“There’s not really anything suitable to run him in beforehand where the ground would be safe as a prep run for that, so we have to try and do a Denman and get him there in the best of shape, fit enough to go and do himself justice.”

“She looks fantastic. She’s done a lot of jumping over hurdles and fences. I understand she bled the twice that she ran ordinarily.

“Obviously, her first run over fences was very, very good and the form was good, but she went straight in when she got in and had a breathing operation.

“So I’m hoping that was the cause of her bleeding which often is the case, and if it work like it did with something like Tidal Bay, that’d be a right result. But she’s a lovely filly.

“She’s taken a while to settle into things, but she’s working nicely. Very straightforward, looks great. I’ll probably start her off over hurdles.

“I haven’t discussed it fully with Jared (O’Sullivan, owner) but I think we might start her in that two-and-a-half-mile hurdle at Ascot towards the end of November, then make a plan from there.”