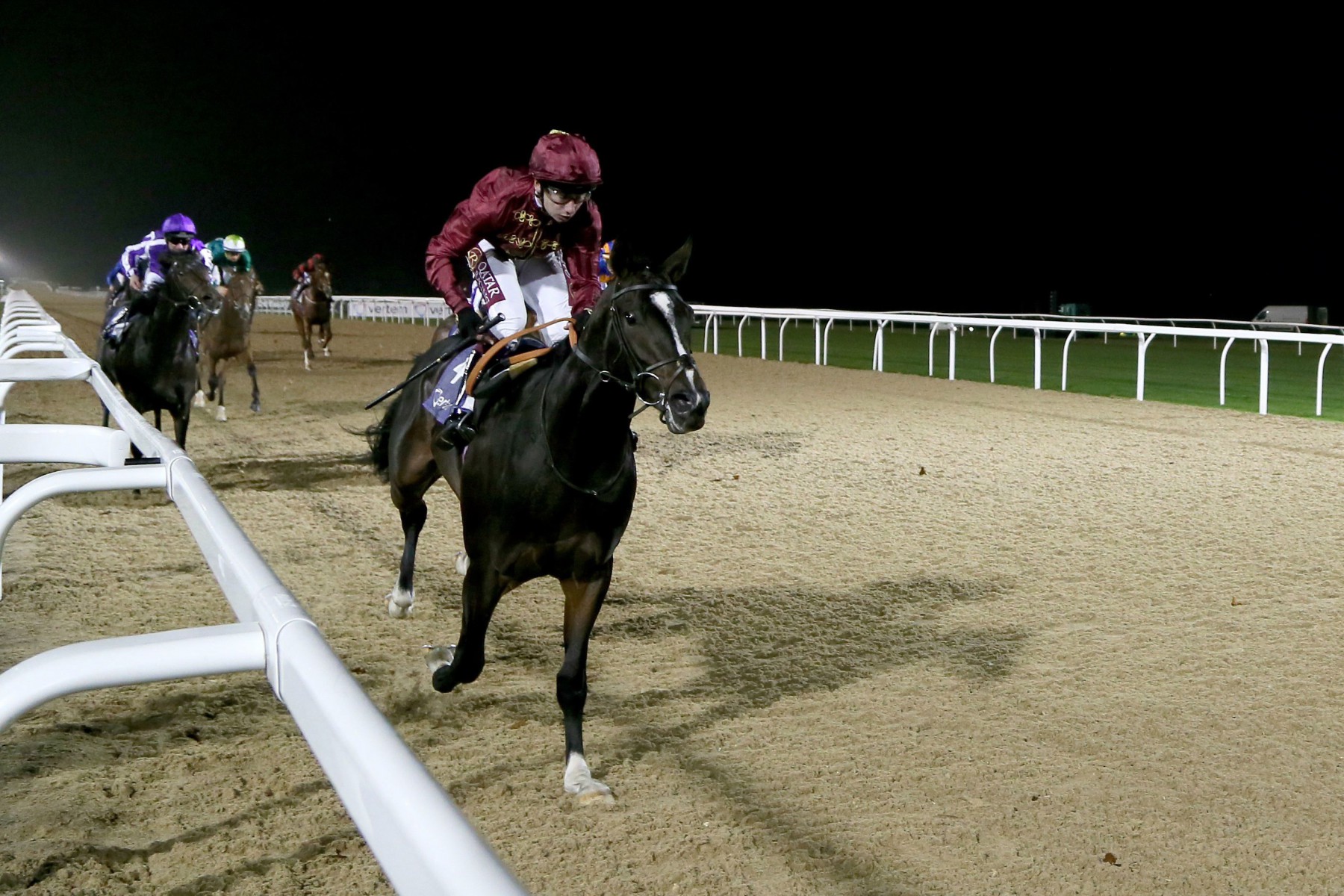 ANDREW BALDING ended the season with a bang as Kameko (11-2) shined under the lights at Newcastle.

The re-arranged Group 1 was moved from waterlogged Doncaster to the all weather and Kameko relished the switched as he made all in style under Oisin Murphy.

Eleven showed up for this end of season Group 1 and the first top-level race to be run on an artificial surface in Britain.

The entries were re-opened following the shambles that occurred at Doncaster where Aidan O’Brien had four of the five runners.

All those stood their ground, but it was newboy Kinross who set the market alight backed into the 13-8 jolly.

However, he found plenty of trouble in running and it was left to Oisin Murphy to dictate on the Qatar-owned Kameko from the front.

He kicked clear in emphatic fashion and gives trainer Andrew Balding plenty to look forward to next summer with quotes of 10-1 already around for the Derby.

A thrilled Balding said: “I was very relieved when they decide to run it here rather than on the grass. All thanks to the sponsors and Arc and the BHA.

“Hes won that very well. He was there a little bit earlier than he wanted.

“Hes responded so well to work after the Royal Lodge and hes a horse who thrives on racing.

“Im so looking forward to seeing him next season although Im not sure what plans will be just yet. Im thrilled hes a Group 1 at two. Sheikh Fahad has been a fantastic supporter of both me and Oisin.”

Something to look forward to next season hey @oismurphy!

In this article:Doncaster, Newcastle, Oisin Murphy