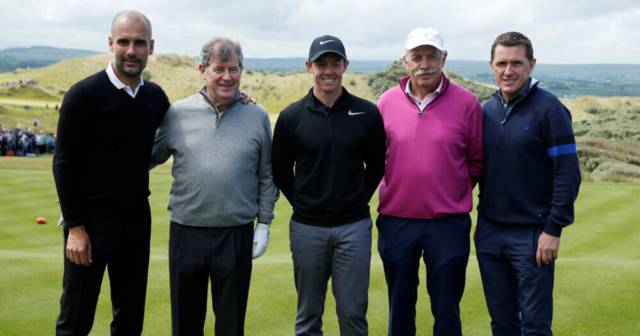 JP McMANUS’ incredible rise has seen the former bulldozer driver become a billionaire famed for his kindness and golden touch with horses.

JP McManus, standing next to Pep Guardiola, has friends round the world at the top level of sport, including Rory McIlroy and AP McCoyMcManus is an icon of racing and famed for making Cheltenham Festival his own

He co-owned Manchester United, is best mates with Tiger Woods and last weekend celebrated his 4,000th winner on the racecourse.

The average owner would love to see their horse win just once.

McManus, who is said to be worth £1.7bn, has hundreds of horses in training, and last year alone won the Grand National and Cheltenham Gold Cup.

But the outpouring of love for this most special of owners last weekend showed you just how much he is admired the world over.

The iconic jockey shattered his leg into pieces in an awful Aintree fall in April 2019.

McManus, as soon as he heard of Geraghty’s plight, organised help.

Geraghty said: “He sent helicopters over to pick me up at Aintree when I had broken bits of my leg when I couldn’t fly back.

“It was the same when I punctured my lung at Kempton.

“People don’t get to see the kindness he shows.

“I mentioned in my book how I was in hospital at Kempton when I broke eight ribs and punctured my lung.

‘HE SHOWS SUCH KINDNESS’

“JP arrived the following day with bags of pyjamas and all kinds of essentials, which no-one had thought of – but which he and Noreen (wife) had thought of – and chocolates for the nurses to keep me in favour.

“There is no fanfare. He shows such kindness. He is just a very kind man.”

It wasn’t always a breeze though. 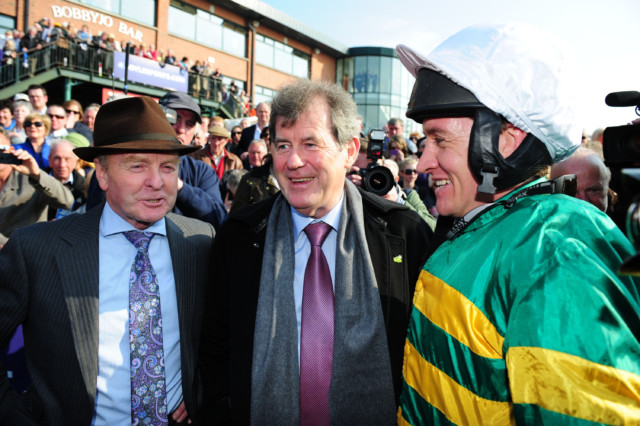 Geraghty, right, said that for all his cash and bulging bank account, McManus had an even bigger heart

He started out as a bookmaker himself, in greyhounds, and always had an eye for a punt.

His gambles at Cheltenham Festival are legendary, including the £5,000 each way he put on 50-1 winner Kadoun in 2006.

But it was his first winner at the jumps racing showpiece that proved arguably the most important of all.

Earlier gambles on some of his first horses went wrong, and by the time Mister Donovan ran at the 1982 Festival, victory was described as ‘badly needed’.

That came in and set his owner on the path to superstardom.

McManus made a killing in finance, famously teaming up with fellow racing supremo John Magnier.

Huge wealth allowed him to buy and keep buying racechorses – and develop friends in high places.

When Tiger Woods got married to ex-wife Elin Nordegren in 2004, they did so at McManus’ luxury Sandals resort in the Bahamas.

The pair reportedly struck up a friendship by chance in 1998, around the time McManus was growing his pro-am golf tournament for charity.

Woods has been through a lot since then, including a sex scandal, DUI arrest and car crash that he was lucky to survive.

Friends have come and gone, but none other than Rory McIlroy recently indicated Woods and McManus remain close.

Asked about Woods playing at The Open at St Andrews this July, McIlroy reasoned that if Woods goes then he will stop off to see McManus at Adare Manor first, the 5-star hotel McManus owns.

McIlroy said: “If he was planning to play The Open, then I would expect to see him at Adare.”

ICON OF THE SPORT

It is clear friendships and family mean the world to McManus, who is rumoured to own Ireland’s biggest house.

When his daughter-in-law Emma died suddenly at the age of 40 in January 2021, McManus scratched all his runners.

He didn’t record another winner until two weeks later, with victorious jockey Jonjo O’Neill Jnr saying the winner was one small reason to smile after their personal ‘travesty’.

Since then the winners have kept coming – but McManus wasn’t at Cheltenham to see Chantry House become his 4,000th on Saturday.

He was soaking up the sun in Barbados – with son John and AP McCoy given the honour of collecting the trophy at Prestbury Park.

With a strong squad of horses being fine-tuned for his assault on March’s Festival, expect JP to be there in person for the biggest week of the year.

But alongside loyal wife Noreen, there will be no wild celebrations or gloating in the limelight.

McManus is so used to it he takes it all in his stride, just like one of his legendary horses. 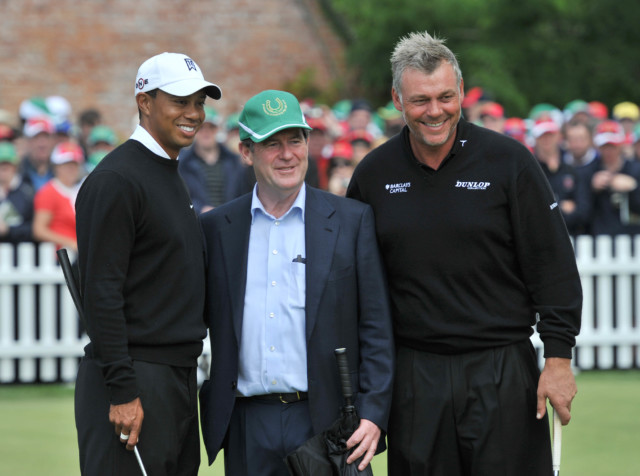 McManus can count Woods among his close friends