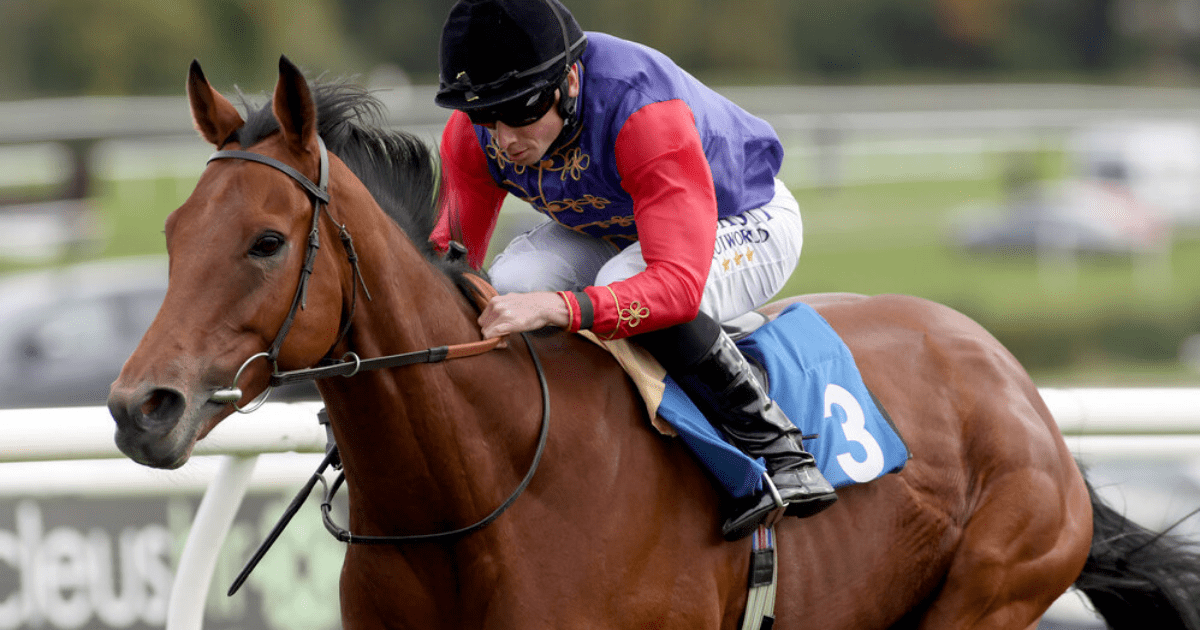 JUST FINE made history at Leicester as the first Royal winner since the death of The Queen.

The four-year-old – aptly-trained by Her Majesty’s long-time ally Sir Michael Stoute – bolted up at odds of 100-30 in the colours of King Charles III.

Just Fine was an impressive winner for The King at Leicester

The horse was steered to victory by Ryan Moore, who The Queen affectionately referred to as “my jockey” after numerous big-race wins together.

The King’s horse won the £15,000 handicap by four and a half lengths from the 9-4 favourite Sea The Casper.

King Charles inherited all of Her Majesty’s horses after she passed away at Balmoral on September 8.

He had his first runner as an owner at Salisbury last Thursday – but the day ended in disappointment when the well-fancied Educator could only finish second.

But just five days later the famous purple, red and gold silks were back in the winners’ enclosure for the first time since two-year-old filly Love Affairs won at Goodwood on September 6 – two days before The Queen passed away.

Under Charles’ old title of Prince of Wales, he and now Queen Consort Camilla had several racehorses of their own.

They sported red silks with blue sleeves and a dark navy cap, and their most successful runners were Carntop and Pacify.

But with earnings on the Flat of just £37,666 over the past five seasons, they played second fiddle to her late Majesty’s massive racing operation.

By comparison, before passing away peacefully at the age of 96, Elizabeth II had earnings of over £2 million during the same period.

The Royal horses will run under the King’s ownership, but it is believed that racing-mad Queen Consort Camilla will oversee the running of the operation with the help of racing manager John Warren.

Did you miss our previous article…
https://www.sportingexcitement.com/horse-racing/horse-disqualified-from-southwell-win-after-bizarrely-testing-positive-for-hair-loss-medication/