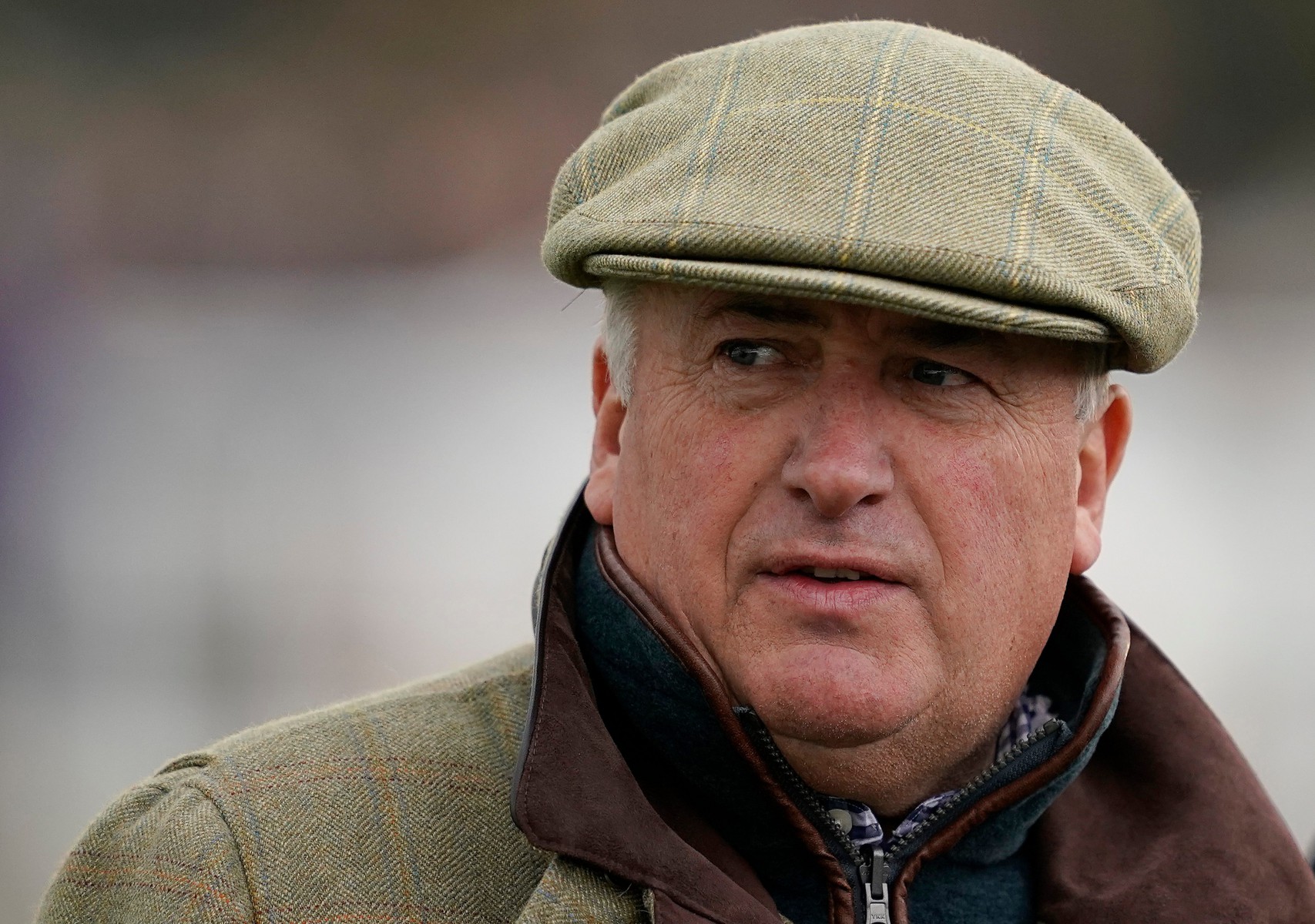 WITH 10 King George wins under his belt, Paul Nicholls knows how to get one ready for Boxing Day.

And the champion trainer is upbeat about his chances of securing an incredible 11th success in the Festive feature.

This year he relies on Cyrname, the top-rated chaser in the UK, and defending champ Clan Des Obeaux.

At the age of seven, the pair remain open to improvement this winter and both looked in top nick on Tuesday morning.

Cyrname became the first horse to beat Altior over jumps when impressing at Ascot last month.

He is the 15-8 favourite for Kempton’s big-race with the sponsors Ladbrokes, and leading jock Harry Cobden looks set to desert last year’s winner for the well-punted jolly.

Nicholls said: “I think it would be very hard for Harry to get off Cyrname.

“If he rides him then Sam Twiston-Davies will ride Clan, but if he decides to ride Clan then Sean Bowen will ride Cyrname.”

With the King George just over a week away, Nicholls has been pleased with Cyrname’s preparation and he is not worried about the step up to 3m.

He continued: “He looks grand. We took it easy with him after the Ascot race but he is back in fast work now and he did a lovely piece of work the other day.

“Between now and Boxing Day it’ll be a case of ticking him over. He is exactly where we want him.

“He has winning form around there, he has won the Pendil Novices Chase and the Wayward Lad Chase.

“He has never won over 3m but he stayed on very strongly over 2m4f at Sandown in the Scilly Isles and he has been very strong at the finish over 2m5f at Ascot.”

Nicholls revealed that Cyrname had turned over a new leaf in recent seasons having been hard to train as a youngster.

He said: “He is like a different horse now to two years ago. I told the owners I thought he would be a 150 chaser one day and his improvement has been remarkable.

“He used to try and do everything on one breath, he used to tear off to the start, he was literally a tearaway.

“But he’s gone completely the other way now, we can train him how we want and it’s been the making of him.”

With Altior expected to miss the race, reigning champion Clan Des Obeaux has been trimmed into a general 4-1 to retain his crown at Kempton.

And, with a comeback second at Down Royal behind him, his trainer warned punters not to underestimate him.

Nicholls said: “He had a lovely run around Down Royal the other day, he was always going to go there for his prep race.

“We’ve had lots of time to get him ready. Last year he improved plenty from Haydock to Kempton and he has done the same again this year.

“He loves going right-handed and Kempton seems to suit him when they go a real good gallop.

“He has improved physically this year and we couldn’t be happier with his prep.”

Advertisement. Scroll to continue reading.
In this article:Ascot, Down Royal, Haydock