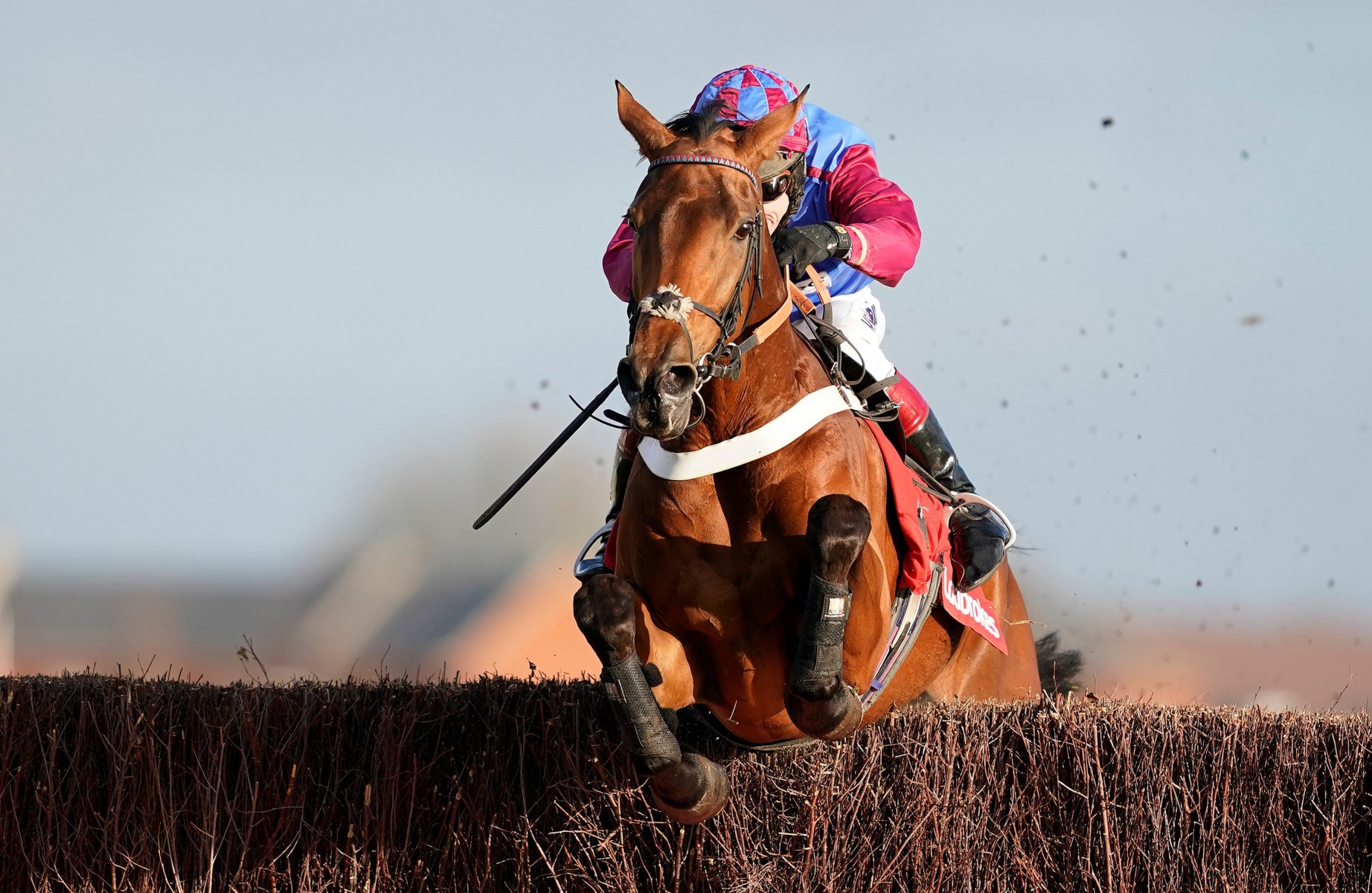 LA BAGUE AU ROI is the star attraction at Wetherby on Saturday as seven were declared for the Charlie Hall Chase.

Warren Greatrex’s mare will bid to land her fifth chase victory in the Grade 2 contest.

Last season’s Welsh National winner has got the bog he craves and will aim to give trainer Colin Tizzard his second win in the race.

Also declared is last year’s victorDefinitly Red,who has no Black Corton to worry about this time after Paul Nicholls scratched him from the contest, while top-ratedAsohas been declared by Venetia Williams.

Wetherby specialistTop Ville Bentakes his chance for Philip Kirby, with the seven-year-old having won both his starts at the track by a total of 83 lengths.

Molly The DollyandBallyopticcomplete the field.
Advertisement. Scroll to continue reading.

Advertisement. Scroll to continue reading.
In this article:Wetherby