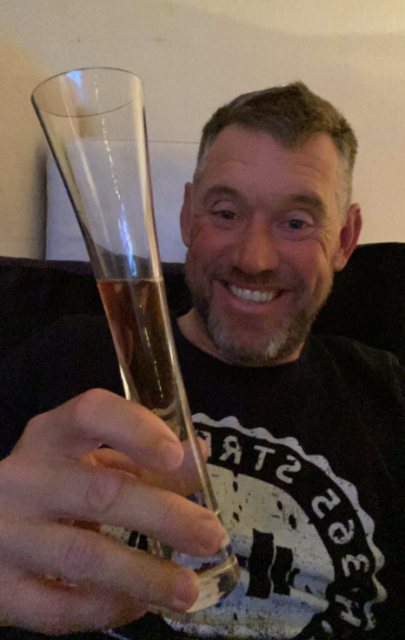 LEE WESTWOOD was getting ready to ‘open another bottle’ after another of his horses won to back up Saturday’s 66-1 stunner.

The former world No 1 golfer was reduced to tears as massive 66-1 outsider Yorkhill sprung a major shock at Newcastle on Saturday.

As one of the owners of that horse, Westy scooped a share of the bumper £28,000 first-place prize.

And he bagged a further £3,000 today after 13-2 shot Darius Des Sources produced a late burst of speed to win at Ayr.

In reply to a video of his horse winning the 2m 4f race, Ryder Cup legend Westy tweeted: “I’m going to have to open another bottle!”

English star Westy, 47, admitted on Sunday morning he was a bit ‘delicate’ after celebrating Yorkhill’s triumph on Saturday.

The two-time Cheltenham Festival winner stormed back to form after years on the wane, rewarding co-owners Westwood and David Armstrong for sending him to trainer Sandy Thomson after being given him by pal Graham Wylie.

Westwood spoke live on ITV via Facetime on Saturday – despite being just 15 minutes from the course.

The golfer was having to quarantine at home after a stint playing in the US.

And speaking to Nick Luck on Racing TV the morning after the night before, he said: “I’m feeling a little delicate this morning. But it was incredible to watch him regain his former glory.

I’m going to have to open another bottle! @captainnash https://t.co/SLcxjqwTpG

“I was in tears. I don’t often get emotional but certainly Yorkhill brought a tear to my eye.

“I lost my voice and it’s only just coming back this morning.

“I lost count of how many times I watched the replay. I somehow managed to record it and I keep watching the rewind of it.”

Westwood is a massive horse racing fan and won £48,000 at Cheltenham in 2019 when one monster bet came in.