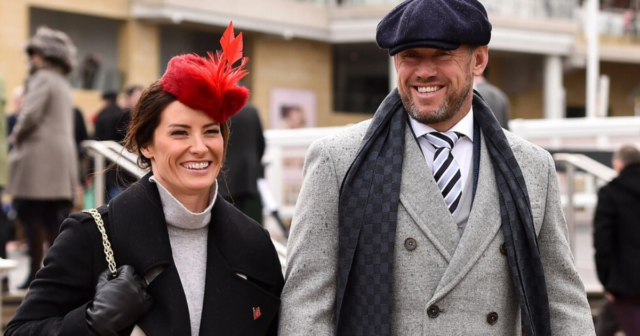 LEE WESTWOOD celebrated his latest big winner on the horses thanks to a quickfire double – and now he’s taking aim at Cheltenham Festival.

The former world No 1 has made a fortune with his expert punting over the years.

But it was as an owner alongside good friend Dave Armstrong that Westwood, 48, pocketed his latest pay packet on Tuesday.

Westwood and Armstrong were celebrating to the tune of almost £8,500 after their 37.5-1 double came in at Newcastle.

The Ryder Cup legend was reduced to tears watching racing on the same track in November 2020 when his 66-1 outsider Yorkhill won.

There were no such big-price upsets with his latest winners – but the potential for much greater riches come March.

Westwood and Armstrong were celebrating after seeing Call Me Harry win the Cazoo Open Nationl Hunt Flat Race at 5-2 under jockey Conor O’Farrell.

The Iain Jardine-trained runner won £2,614 and, according to Westwood’s tweet after, could be thrown into the Champion Bumper mix at Cheltenham Festival.

Call Me Harry is two from two in his short career and was given a quote of 33-1 with bet365.

Competition would be fierce though up against the likes of Gordon Elliott’s 3-1 fav American Mike and Willie Mullins’ potential superstar Facile Vega.

Hot on the heels of Call Me Harry was 10-1 Donna’s Double under Sean Quinlan.

The six-year-old Sandy Thomson-trained gelding made it two from three with a comfortable victory in a 2m novice hurdle.

Armstrong landed a 152-1 treble later with a horse he owns on his own, Six One Nine.

But speaking of Call Me Harry’s Champion Bumper options, Armstrong told the Racing Post: “It’s a waste of time going with a double penalty anywhere else so we’ll go down there and have a go.

“Whether he’s quick enough to take on the Irish guys remains to be seen, but you need to be a stayer at Cheltenham and he stayed today.”

Westwood has smashed the bookies to smithereens on his previous Festival trips.

Westy, here with wife Helen, could be celebrating another big winner come March in the Cheltenham Festival