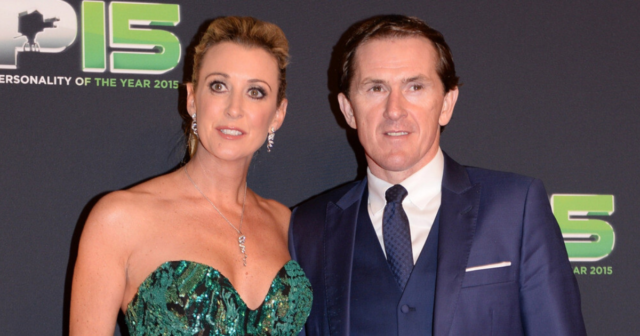 THINK of legendary jockey Sir AP McCoy and you think of broken bones, victories snatched from the jaws of defeat and the unbeatable 20 champion jockey titles.

There’s also the record 4,358 winners and that unforgettable Grand National win on Don’t Push It.

McCoy is living the life in retirement alongside loyal wife ChanelleThe couple built this amazing property from scratch after moving out of their £2.5m former home

McCoy, now 47 and retired six years, will go down as a sporting great.

And, judging by the life he has lived off the course, a man of impeccable taste.

One look at the incredible mansion he had built from scratch shows that.

They kept some of the 110 acres they previously owned and built on it a new 10,000sq ft residence.

Completed in 2015 and situated in racing hotbed Lambourn, Berkshire, the house has a definite wow factor.

So much so that one website asked if the 17m wardorbe was ‘the best ever?’ after it was nominated for an award.

Running the entire length of one of the wings of the mansion, the woodwork even featured Swarovski crystal handles.

In a games room, Arsenal fan McCoy had a framed Gunners shirt with Jack Wilshere’s name on the back.

In the enormous bathroom is a tub that played as much a part of McCoy’s career as any winner.

Tall for a jockey at 5ft 10ins, McCoy constantly dieted and sweat off pounds to keep light.

Hours upon hours were spent in hot baths, so it’s only right a waterproof TV should be installed at the bottom of this one.

And when he wanted to shift some pounds through exercise, McCoy could dive into his outdoor pool too. 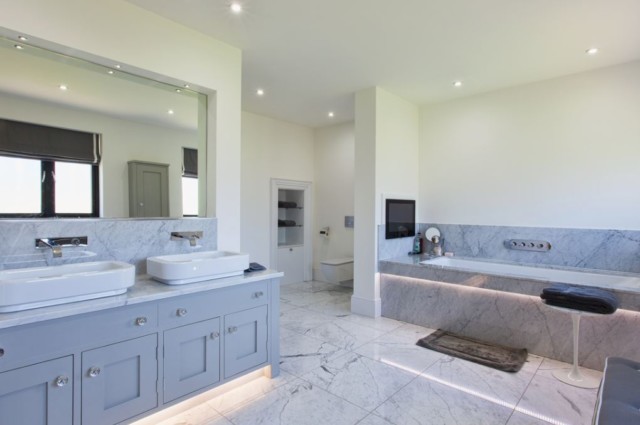 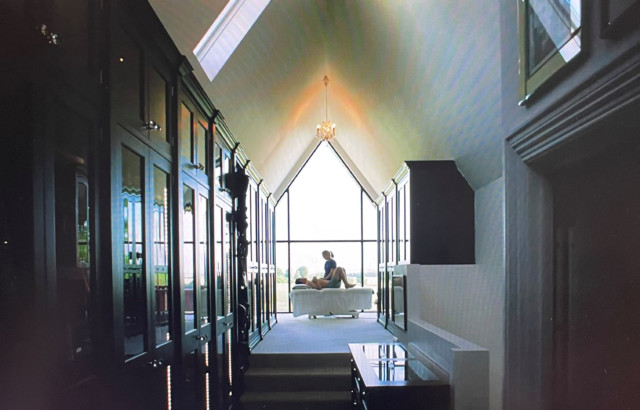 The stunning wardrobe to the left, complete with McCoy’s treatment table at the end

The Irish jockey, who struck up a friendship with Ronaldinho at Soccer Aid 2016, loved speed on four wheels as well as four legs.

But he was involved in a terrifying road collision in 2015, which led to him writing off his £60,000 Porsche Panamera.

Fortunately the jockey, who was knighted two months later, emerged from the 70mph smash unhurt.

And he was so impressed with how the car absorbed the impact that he bought another later that day.

Describing the incident, McCoy said: “When I finished racing and went from being driven around all the time to driving myself, I wanted something a bit sportier.

“Obviously, I’ve got two kids and I like playing golf, so the Porsche Panamera is a good compromise.

“I was thinking of changing it and getting an Aston Martin or something, but then a fella who was driving in front of me fell asleep at the wheel of his van on the M4 one Monday morning. 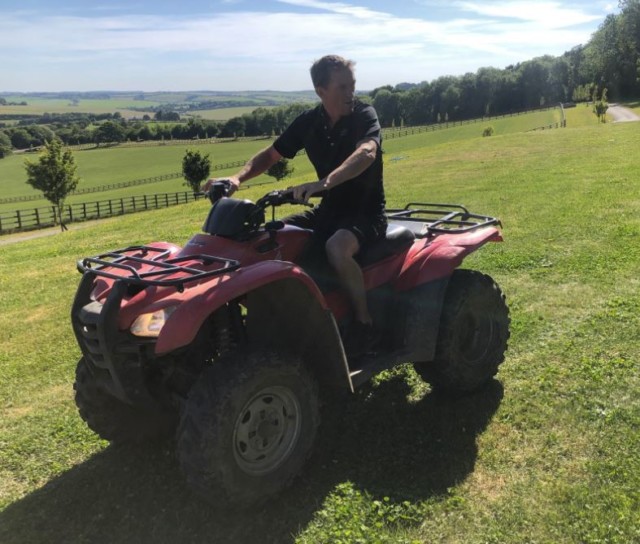 “I was coming along, doing the 70mph speed limit, and I had no time to react so ploughed into them.

“Somehow nobody was injured, but the van ended up 50 yards down the road on its roof, the Mercedes was mangled and my Panamera was written off.

“I couldn’t believe how well it took the impact, though – so I bought the exact same car again that very evening.”

When he isn’t cruising round in a Porsche, McCoy can be found on a quad bike.

But he had bad luck with that too.

McCoy tweeted his thanks to police last June after the stolen item was found on the back of a lorry heading to Romania. 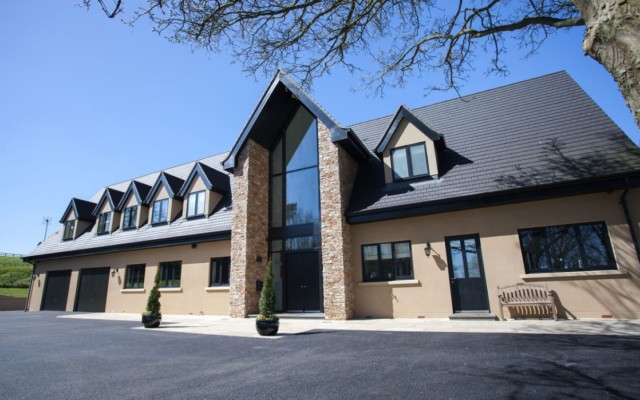 The jockey’s mansion has a definite wow factor

Cops pulled over thieves who had pinched the motor from the stables attached to McCoy’s house.

McCoy used to talk of how he was addicted to winning, saying racing was the ‘drug’ that kept him going through all the injuries.

A winner on the track, he’s proved a winner off it too with a lifestyle fit for a king… thanks to the sport of kings.